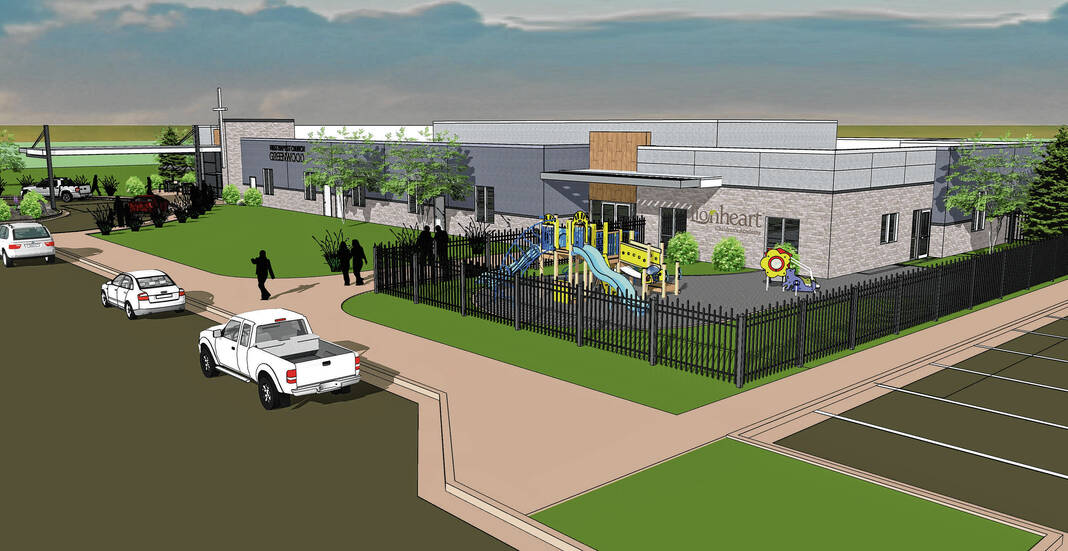 A Christian STEM school is coming to Greenwood

A Christian school focusing on science, technology, engineering and math will open in Greenwood next year.

The First Baptist Church of Greenwood is partnering with LionHeart Children’s Academy, a Christian education organization based in Dallas, Texas, to open a new STEM academy next year near the intersection of Averitt and Stop 18 roads, about a mile and a half to the south. from its current hilltop location on Meridian Street near Surina Way. The First Baptist Church will also move to the new location after selling its current location. The academy, licensed for 213 children, is expected to open between fall 2023 and January 2024, depending on the construction schedule, said Pete Wayman, CEO of LionHeart.

LionHeart Children’s Academy, which opened its first location in Texas in 2014, now has 14 academies in Texas, Ohio and Colorado. The Greenwood location will be the first in Indiana and will serve children as young as infants and as old as pre-kindergarten. The academy will also provide after-school care for children up to age 12, Wayman said.

“Our goal is to get the kids ready for kindergarten. We have graduated around 250 kids from our academies (this year) and we are using various programs to do that,” he said. “We have different educational milestones for each age group. We do parent-teacher conferences, we work on a wide variety of skills, but we also have a Christian curriculum, because part of that is delivering it in a church.

The program includes different academic approaches for different age groups, but all programs include time during the school day for what the academy calls “spiritual development.” For infants, toddlers and two-year-olds, this is associated with social and emotional development, physical development and health, communication, language and literacy, cognitive development and creative arts . The preschool and pre-K curriculum includes all of that, but adds math, science, technology and social studies, according to the academy’s 2022-23 Family Tour package.

First Baptist Church will continue to hold services at the new location, and later it may become a community destination, senior pastor Sean Holloway said.

“The first phase will cost approximately $6.3 million, 16,000 square feet. In subsequent phases, we will add office space, a boardroom, a youth center, a multi-purpose hall, a basketball and pickleball gym,” Holloway said. “Our vision is to build a building that the community can use seven days a week, not just a shrine on Sunday mornings.”

The next phase, which would include a recreation center, youth center for the church, offices and conference rooms for the church, could likely be completed within the next two years, although further details , such as cost, funding and specific timelines for future phases have not been finalized, he said.

Tuition fees have also not been determined, but will be competitive with other local daycares, such as Primrose or Goddard Schools. Low-income families will also be eligible for state grants to help with registration fees, Wayman said.

“I think it will have a positive impact on the community because it will open up more child care spaces, which are in short supply,” he said. “Most people like to find child care within three miles of where they live, and we serve a community.”