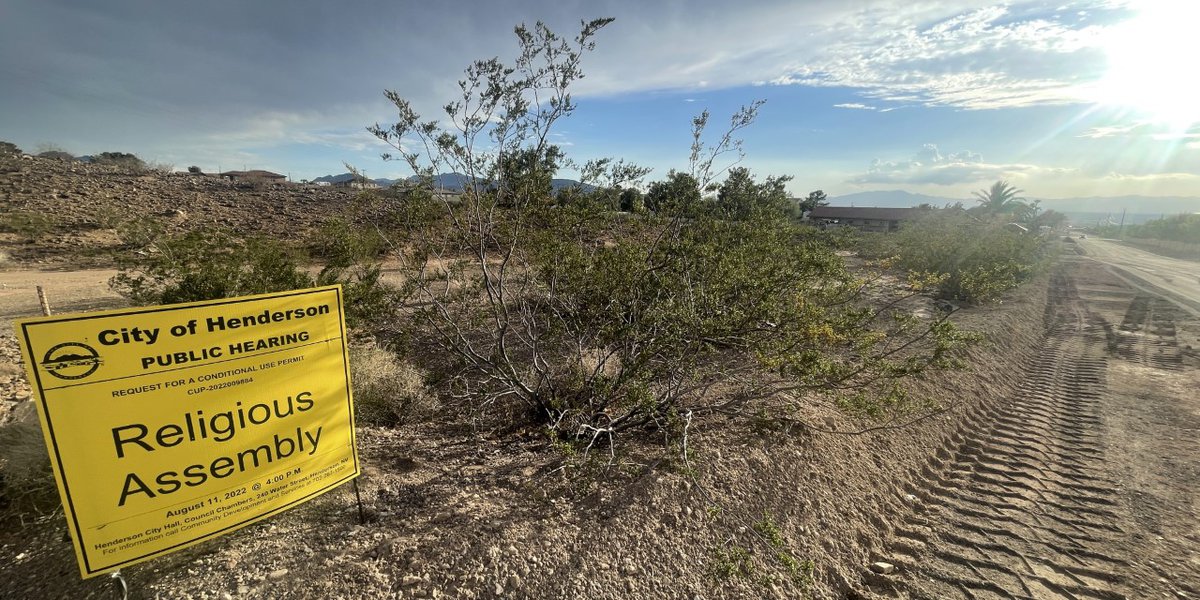 LAS VEGAS, Nev. (FOX5) — A proposed Hindu temple sparked contentious debate on Thursday as the Henderson Planning Commission voted to approve the permit after hours of public speakers arguing for the denial.

The council chambers at Henderson City Hall were packed, with the majority of residents expressing concern over a planned Hindu temple.

The Planning Commission was to vote on whether the American Hindu Association’s application to build a temple complex could go ahead or not. The site is located on five acres of land adjacent to Kiel Street and Berlin Avenue, not far from Racetrack Road.

The site is located in what is called a rural neighborhood preservation area.

Speaker after speaker from ZIP Code 89015 have voiced their opposition to the complex.

“I don’t think it’s right to tax a church that looks more like a shopping complex than a church,” said one speaker. Another said it had nothing to do with the religion, just the location: “I have nothing against the Hindu religion or any other religion, I wouldn’t want my religion to build a church there. A church belongs to an area that is suitable for this kind of activity.

There were public speakers who supported the temple. One speaker pointed out that there are only three Hindu temples in southern Nevada, why not add one more.

Another said the temple would have a positive impact on neighborhood children.

After more than two hours of public comment, the commissioners deliberated.

The city attorney everything the plaintiff has done is zoning code compliant and the religious assembly is federally protected. Additionally, this same zoning district has authorized other churches in the area.

The motion passed with four commissioners voting yes, George Bochanis was the only commissioner who voted no.

Some residents say the fight is not over, they are considering filing an appeal with the city council.