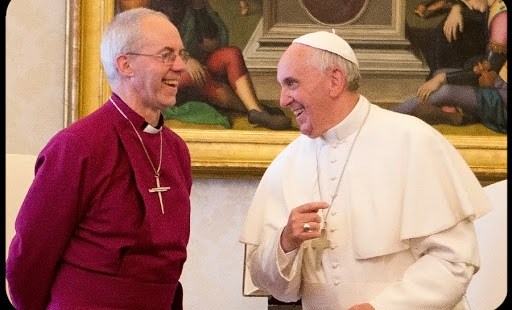 Archbishop of Canterbury to visit South Sudan with Pope Francis

Justin Welby, the Archbishop of Canterbury, “looks forward” to the next historic ecumenical pilgrimage for peace in South Sudan.

When the Holy See formalized Pope Francis’ program in South Sudan on May 28, Justin Welby, Archbishop of Canterbury and head of the Anglican Church, said “I look forward to” the joint trip in this wounded country. He will travel with the Argentine Pontiff and Dr Iain Greenshields, Moderator of the General Assembly of the Church of Scotland. This ecumenical visit was promised in 2019 after a meeting in the Vatican between South Sudanese leaders and leaders of Christian churches.

“We pray that the symbolism of our joint visit will show that reconciliation and forgiveness are possible – and that relationships can be transformed,” Justin Welby said in a statement. statement on the Archdiocese of Canterbury website. “We come as servants and disciples following the call of Jesus Christ to be peacemakers,” he said, adding, “God has not forgotten South Sudan.”

Before arriving in Juba, the capital of South Sudan, the two religious leaders will join Pope Francis in the Democratic Republic of Congo, where the pontiff will complete the first part of his African tour. On the morning of July 5, the three will fly from Kinshasa to Juba in the middle of the afternoon. They will then meet with President Salva Kiir Mayardit and the country’s five vice-presidents “to reflect on the commitments” made at the 2019 Vatican meeting, according to the Anglican Church.

Together they will visit people living in a displaced persons camp the next day and hold an open-air vigil for peace. In the young country founded in 2011, 400,000 people are believed to have died in a civil war that began in 2013 on the political conflict between current President Salva Kiir, of Dinka ethnicity, and Vice President Riek Machar, of Nuer ethnicity. About 4 million people have been displaced.

This ecumenical trip with a strong diplomatic impact is unprecedented in its form. The idea originated during a “spiritual retreat” at the Vatican on April 11, 2019, bringing together the two rival South Sudanese leaders – President Salva Kiir and Vice President Riek Machar – and Christian leaders.

One image of the encounter stood out in particular: Pope Francis knelt before the enemy leaders and kissed their feet to urge them to reconcile. Justin Welby and Pope Francis have said they would be ready to visit South Sudan together if significant progress is made on peace.

Much remains to be done in South Sudan

In December 2020, the Pope, the Archbishop of Canterbury and the Moderator of the Church of Scotland called the “small progress” being made “insufficient” in a letter to the country’s leaders. In July, the three leaders reaffirmed their willingness to come to South Sudan together, provided that the “strong promises” made in 2019 are honored.

“Your people continue to live in fear and uncertainty and lack confidence in their nation’s ability to deliver justice, freedom and prosperity,” they said. And they affirmed that “much more needs to be done in South Sudan to shape a nation that reflects the Kingdom of God.”