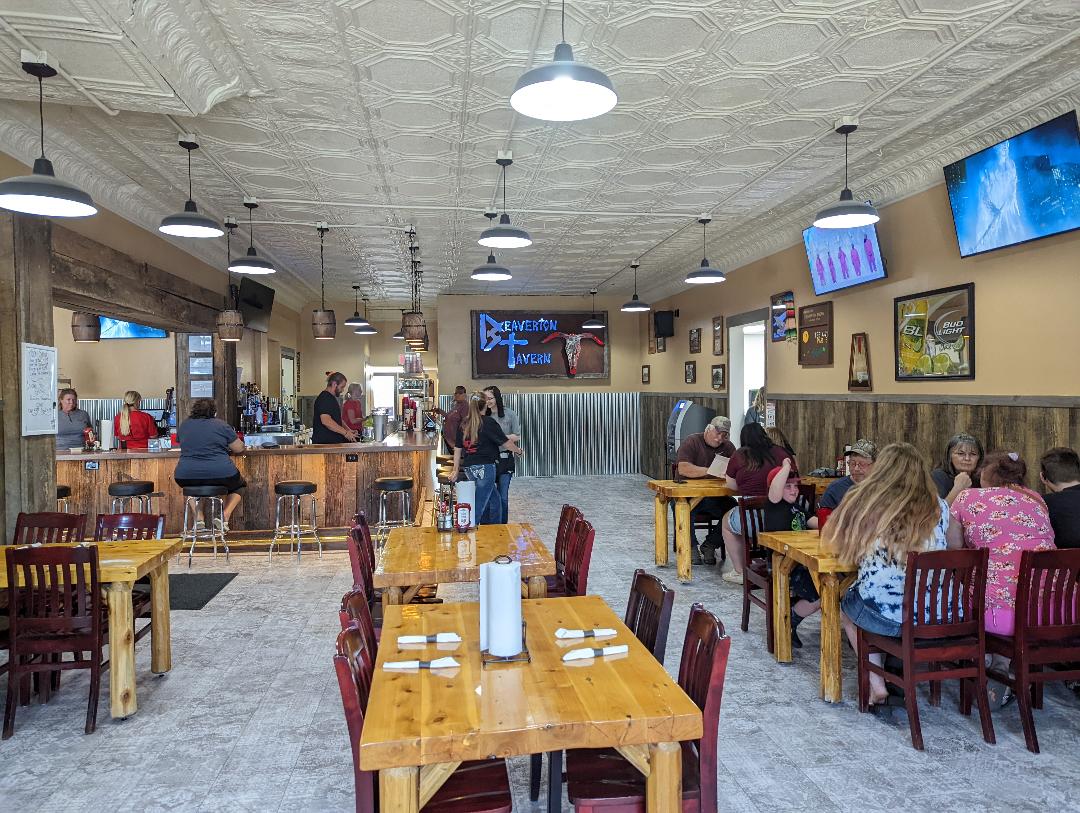 Nearly two years after buying the Beaverton Tavern, Robin Smith-Martin and three of her four children restored it and officially reopened it on Tuesday.

Bob and Connie Booth, from Sanford, were at the BT, as it is affectionately known, shortly after it opened at 4pm. Both were anticipating the reopening of the tavern. The revitalized business exceeded booth expectations.

“The food is fantastic – even better,” said Booth, formerly of Beaverton and now a Sanford resident for 14 years. “The renovations are just wonderful.

They both ordered the wet burrito, which was famous during the restaurant’s last reign. He continued to live up to his legacy.

In the summer of 2020, the restaurant’s former owners were forced to close BT. Smith-Martin, who also owns the four Smith Associates CPA sites, was considering buying it. Then the property was seized for $24,000 owed in back taxes.

The City of Beaverton stepped in and purchased the building on behalf of the Beaverton Downtown Development Authority. The DDA then sold it to Smith-Martin for the price of return tax, with the stipulation that it remained a restaurant.

From the start, Smith-Martin says all she wanted was to bring BT back to its peak – she noted that it’s a well-known establishment that helped put Beaverton on the map.

Preparing the restaurant for reopening took longer than the owners expected, Smith-Martin said. She said they had to gut the structure, but they kept some elements of the old business, like some of the wood and some of the old tin roof. The kitchen, plumbing, electricity and heating are all new. They also extended the bar.

Delays in obtaining equipment and supplies also presented a challenge for Smith-Martin and Eaton. They are still waiting for the delivery of a pizza oven.

The tavern has a limited menu due to a shortage of certain food items, but they have kept all Mexican dishes on the menu.

Due to delays, the limited menu and brand new staff, Smith-Martin asks customers to be patient.

“We are extremely happy that this day has finally arrived,” said Smith-Martin.

Jeanne Brunet and Tim Peterson, both of Beaverton, were also eager to visit the tavern. Peterson said they “waited a long time for this.”

“We are delighted,” added Brunet.

The opening came at just the right time for Peterson as his cousins ​​are traveling from Scotland next week and he was unsure where he would take them to eat. Now he does.

Peterson remembers getting into BT in the 1950s as a small child with his father and grandfather. He doesn’t remember what it was called then, but he remembers it was a bar and he was drinking an orange pop. Peterson said the town lost a part of itself when the restaurant closed and came back better than ever.

“It will be a leap (in business) for the city,” Peterson said. “It will definitely be a draw.”

Some will notice a familiar face in kitchen manager Lori Grove, who worked at BT years ago. Kara Kohlhoff is new to the community and works as a bar manager.

Staff are still finalizing their schedule, but for now Beaverton Tavern is open at 11 a.m. Monday through Saturday and noon on Sunday.