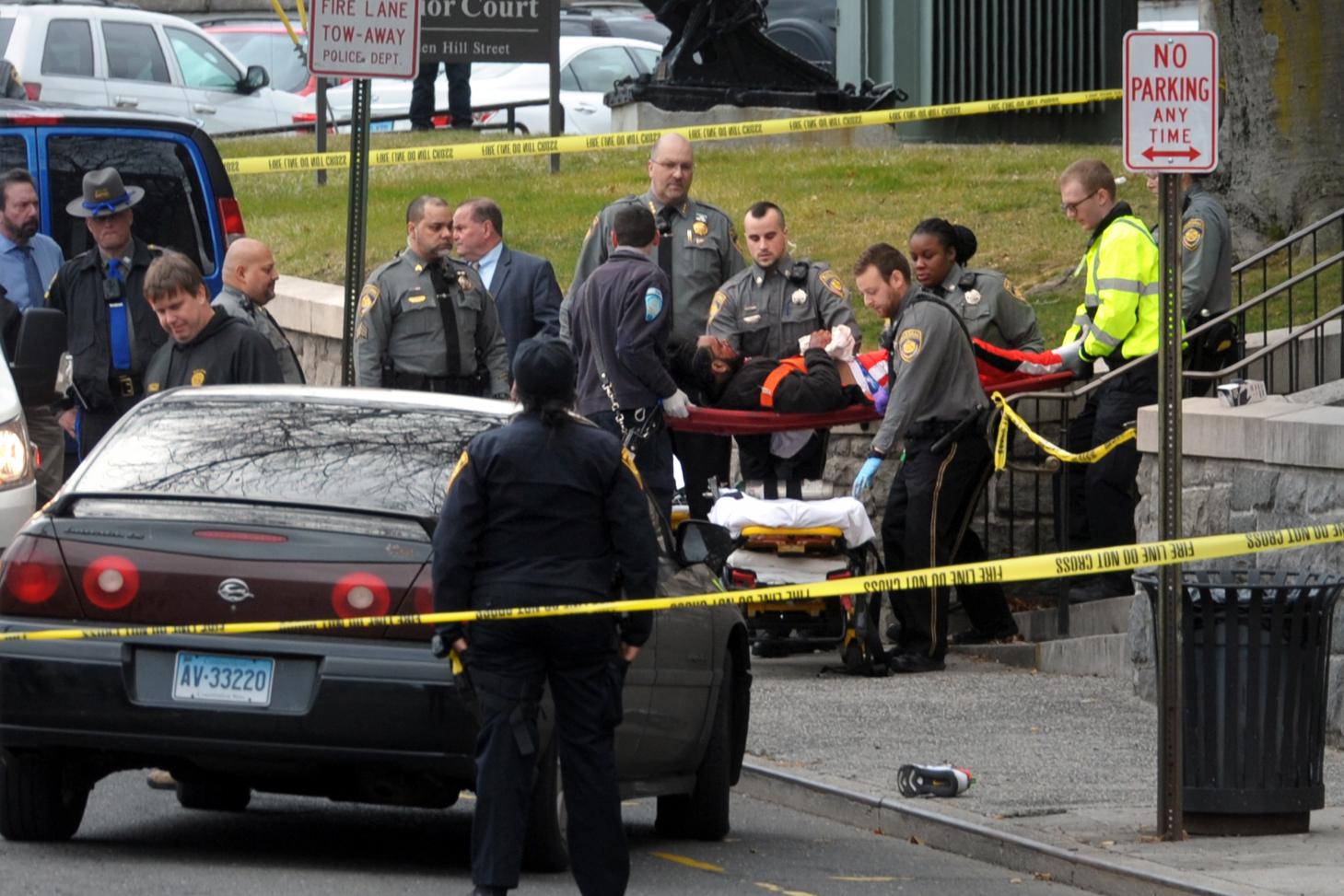 BRIDGEPORT – A man in town pleaded guilty on Friday to a racketeering offense resulting from a gang-related shooting outside the state courthouse last year, according to the Office of the Interim Prosecutor of the United States for the District of Connecticut, Leonard Boyle.

Destine Calderon, 26, admitted on Friday that he was involved in drug trafficking for the Greene Homes Boyz, or GHB / Hotz, a gang based in the Charles F. Greene Homes building complex in the North End of Bridgeport. The gang is known to distribute heroin, crack cocaine, marijuana and Percocet pills, according to the US prosecutor’s office.

Calderon was also aware of a plan by the GHB / Hotz and Original North End gangs to attempt to kill members and associates of their rival, the East End gang, the US attorney’s office said.

On January 27, 2020, he was in the car with other gang members when they fired 20 bullets at a black Chevrolet Impala outside the Bridgeport courthouse, the U.S. prosecutor’s office said.

When officers arrived, they discovered that four victims had been shot. One victim was shot in the chest and remained paralyzed, while another victim suffered multiple gunshot wounds to the back, shoulder and wrist, according to the U.S. prosecutor’s office.

Calderon has been in custody since August 6, 2020. Calderon pleaded guilty on Friday to one count of conspiracy to engage in racketeering activity, carrying a maximum prison term of 20 years. He is due to be sentenced on December 28.

A fire broke out in the Cathedral of the Annunciation of the Theotokos in Sydney | community, church, world