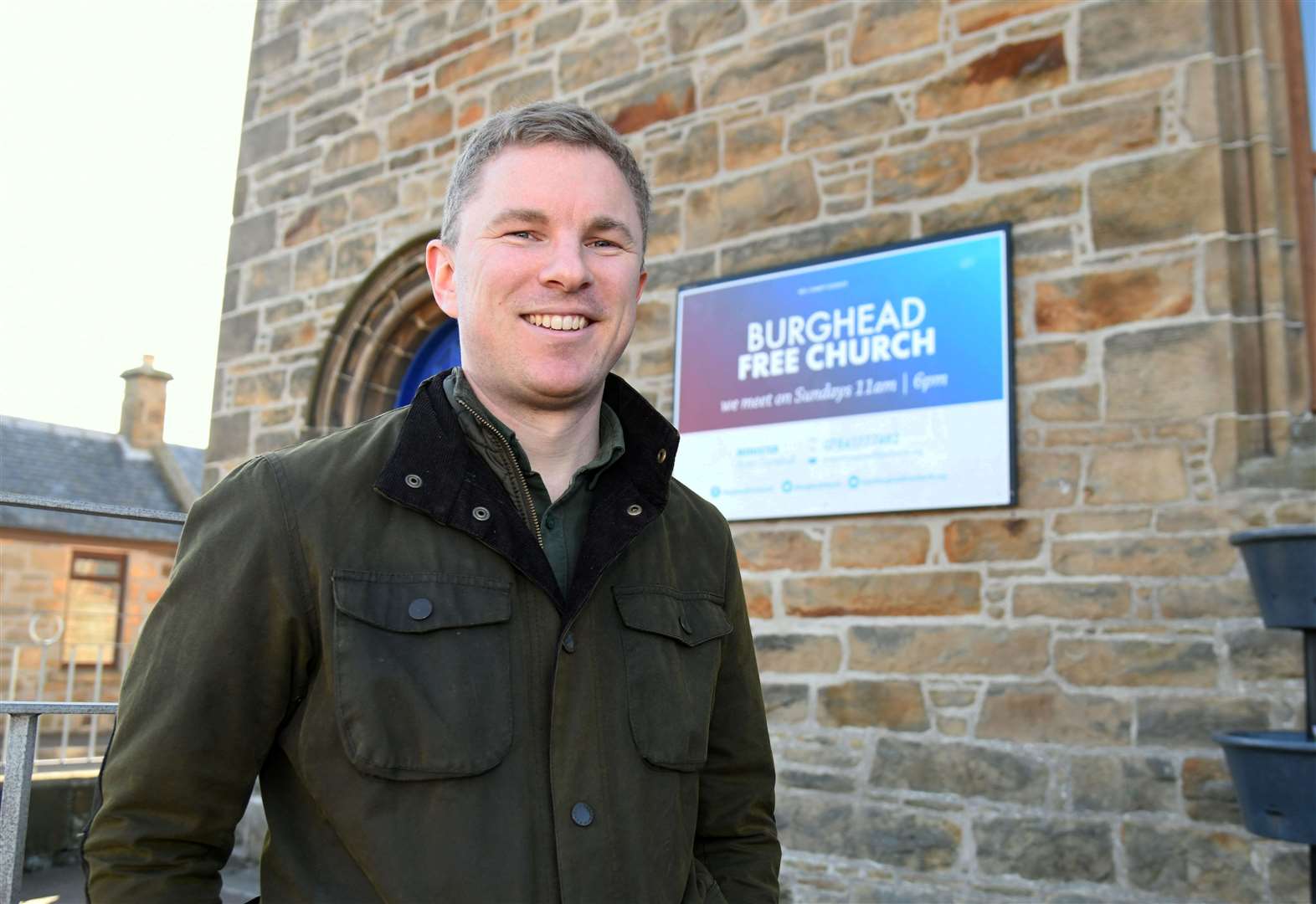 BURGHEAD Free Church will host a former gang criminal, MSP and magician from the Edinburgh Fringe this month.

The church will join over 800 congregations across the UK in a series of community events aimed at engaging contemporary culture with the Christian message.

Nine events will be held in Burghead over a two-week period as part of the initiative, dubbed ‘Real Life’, starting March 12.

For Peter Turnbull, the church minister, the initiative represents the latest step in what has been a “journey of revitalization” for the congregation.

Mr Turnbull said: “I’ve been here for six years. We’ve grown from a mostly small and older congregation to a bit bigger and a bit younger.

“These events are really about that. This is a series of events that in different ways will address some of life’s big questions and inspire people to talk about the Christian faith in different ways.

“We are preparing it to become a church for people who don’t really go to church.

“We hope it will appeal to different people.”

A series of interview nights will be held at the church. This includes talks from Tory MP Murdo Fraser and a local couple who lost their son. Eddie Murison, once one of Scotland’s most notorious and violent criminals, will also talk about how becoming a Christian helped him change his ways for the better.

Stephen Allison, a magician and former member of the Edinburgh Magic Circle, will also perform his show ‘The House Always Wins’ to close out the week. He will then talk about truth and illusion in relation to Christianity.

But although Christianity was a big theme over the two weeks, Mr Turnbull insisted the events are suitable for anyone who is curious.

“It will be an informal and relaxed atmosphere,” Mr. Turnbull added.

“We don’t do religious jargon. We try to present things in a way everyone understands and the invitation is there for everyone to really go for it.

“Obviously it’s also good for all ages because we have things like the magic show that might be good for kids.

“The message basically came because we would like to see you.”

The events will be free.

More information can be found here.

Do you want to react to this article ? If yes, click here to submit your thoughts and they may be published in print.