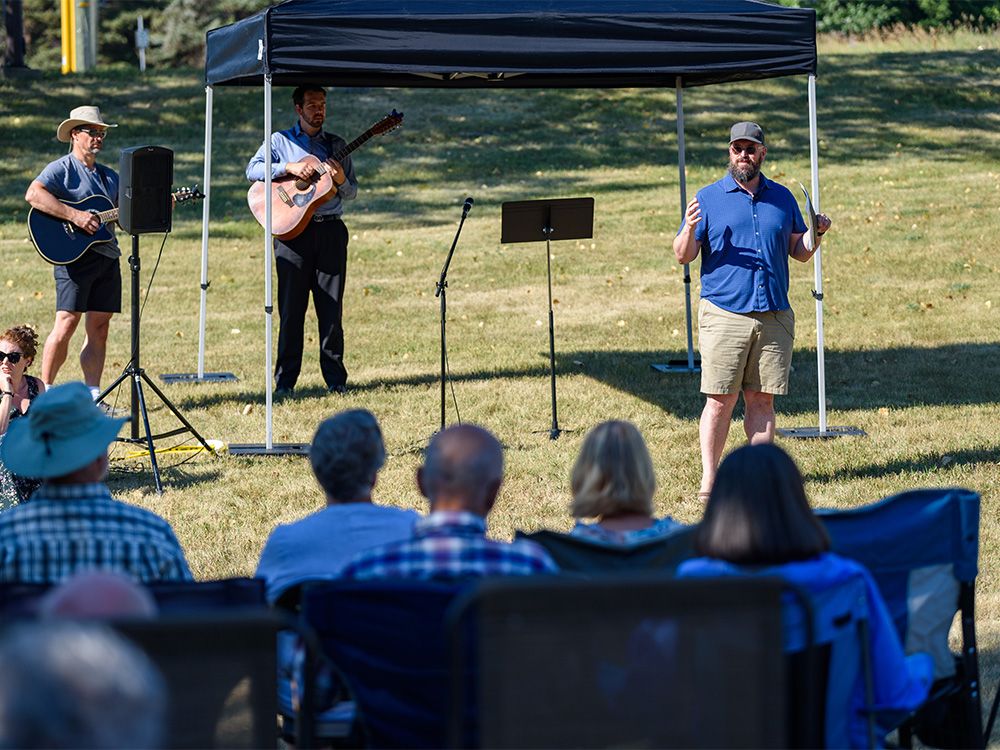 Faith is more than a building for the parishioners of a southeast Calgary church.

A fire engulfed the Bonavista Church early Friday, causing extensive damage and forcing the Sunday service out of the building. Instead, worshipers gathered for an impromptu outdoor service in a park directly across from their typical place of worship.

Thanks to donations of donuts and coffee from congregants, many of whom don their hats and sunglasses and carry their foldable chairs, the group enjoyed the change of scenery, even with the scorched facade of their church visible in the backdrop.

“The Church is really about the people, not the building,” said devotee Renée Penner. “Especially at a time when we’ve had success like this, it’s important that we come together and support each other.”

For Senior Pastor John Estabrooks, it was crucial that his congregants had somewhere to go on Sunday mornings. After learning of the fire on Friday morning, he quickly decided the service would continue, saying he felt his parishioners would want to see the space, ask questions and ultimately be close to the burned building they typically visit every sunday.

“We know there are a lot of questions – not that we have a lot of answers – but it’s good to be together,” he said.

Estabrooks said most of the damage was to the interior of the shrine building. He said church leaders are in contact with insurers and contractors, but the cost and duration of repairs are still unclear.

Investigators are still investigating the cause of the fire, but Estabrooks said he believes it was started deliberately.

“It looks like a window has been smashed; something was thrown inside our sanctuary,” he said. “The firefighters did a fantastic job of bringing things down quickly, but obviously the building is unusable and it looks like it could last for several weeks or even months.”

In the short term, Estabrooks said Bonavista Church will hold Saturday night services at nearby Bonavista Baptist Church, which has offered the space free of charge.

“If it’s a very extended departure from the building, we may need to come up with a longer term plan for where we meet,” he said. “Our rhythm is to come together on Sunday morning, so Saturday will definitely be an intermediate stage.”

The church has launched a fundraiser on its website to help cover fire-related costs that won’t be covered by insurance.