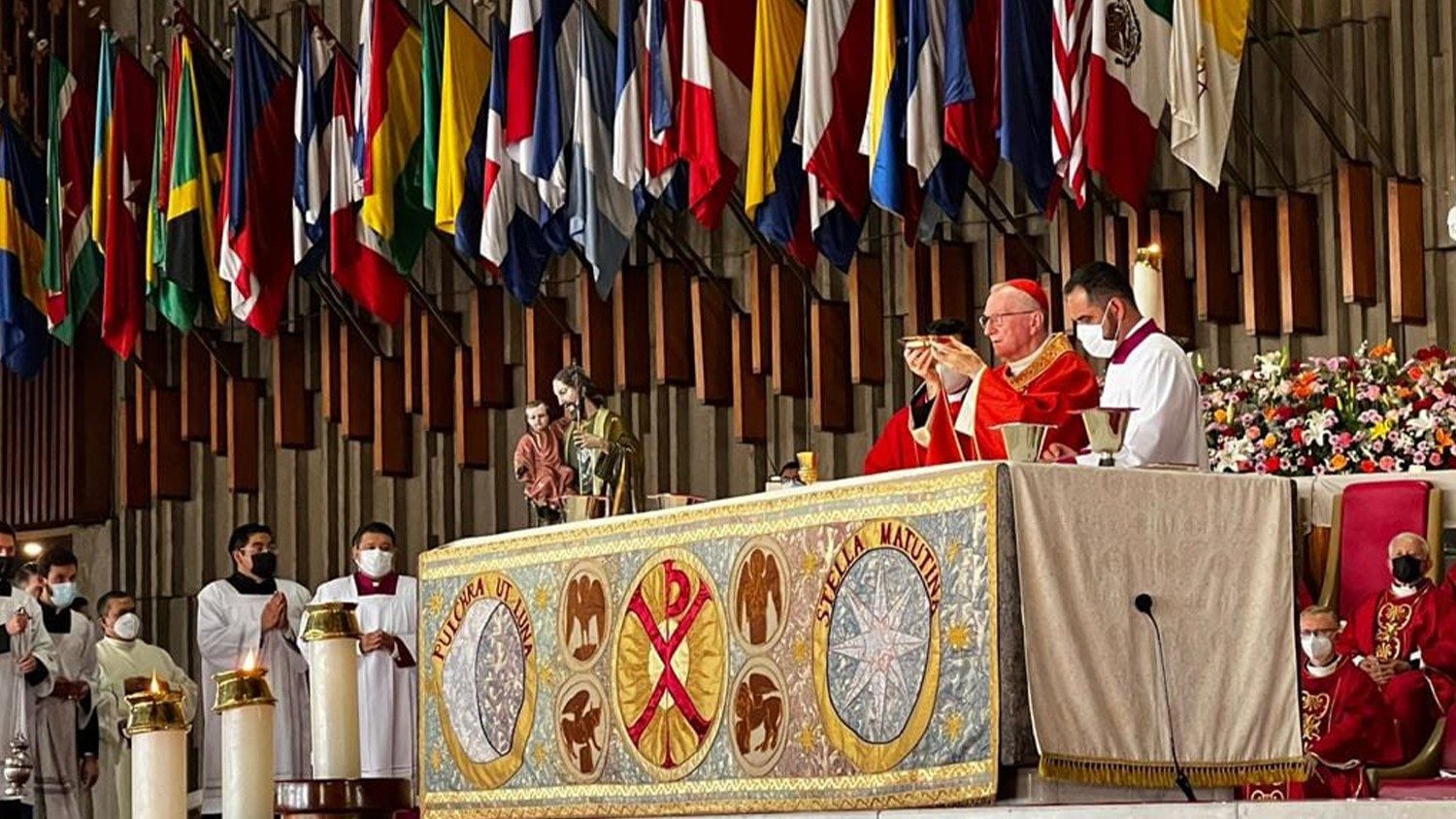 Cardinal Parolin in Mexico to mark 30 years of diplomatic relations

Cardinal Secretary of State Pietro Parolin visits Mexico to mark the 30th anniversary of the re-establishment of diplomatic relations with the Holy See and celebrates the opening mass of the 1st Ecclesial Assembly of Mexico.

“We are facing difficult times caused by various ideologies and vested interests that seem to want to supplant true gospel values.”

Vatican Secretary of State Cardinal Pietro Parolin offered this assessment of the world situation in his homily at the opening Mass of the 112and Plenary Assembly of the Episcopal Conference of Mexico.

The Eucharistic celebration was held Monday afternoon in the National Basilica of Our Lady of Guadalupe and was concelebrated by Archbishop Rogelio Cabrera López de Monterrey, President of the Mexican Episcopal Conference, and Cardinal Aguiar Retes, Primate of Mexico.

“Helping those who suffer through solidarity”

Cardinal Parolin expressed his joy at having the opportunity to celebrate with the bishops of Mexico during the Easter season “under the gaze of Our Lady of Guadalupe”, the patroness of the Americas.

The cardinal also lamented the “countless men and women who continue to suffer because of discrimination, corruption and lack of justice.” He called it a “situation of suffering” that compels Christian communities to “commit to building unity and seeking to make effective choices in order to achieve the common good.”

The Cardinal Secretary of State urged bishops, priests and religious in Mexico to keep their eyes open “to the wounds of our brothers and sisters deprived of dignity”.

“Every day the Lord tells us, like the Apostles, to ‘go’ to meet his people in the world and to be witnesses of the truth and the power of love which, like our Master, bends in solidarity to touch and heal the wounds and sufferings of others, to give them life and help them experience the compassionate and merciful embrace of the Father.

Opening of the Plenary Assembly

Dialogue within the Church

The bishops of Mexico are concentrating the work of their Plenary Assembly, which will end on April 29, on the synodal path of the Church, which is also at the center of the 1st Ecclesial Assembly of Mexico, which is held parallel to the meeting of bishops.

The Episcopal Conference released a statement earlier this week describing the week of meetings as a time to engage in “closeness and dialogue” with lay people, members of consecrated life, bishops, priests, deacons , seminarians and all people of good will.

The meetings discuss topics such as violence in Mexico, wars around the world and the Covid-19 pandemic, as well as finding ways to solve various problems in the Latin American nation.

30and anniversary of diplomatic relations

On Tuesday, an academic conference was held in Mexico City to mark the 30and anniversary since the reestablishment of diplomatic relations between Mexico and the Holy See.

Mexico and the Holy See signed an agreement on September 21, 1992, which reestablishes diplomatic relations, based on common values ​​and joint actions to promote respect for human rights, while taking into account the importance of Catholicism in Mexico and the separation between Church and State.

Episcopal ordination of the new nuncio

Cardinal Parolin arrived in Mexico last Saturday and traveled to the diocese of Autlán, in the state of Jalisco.

He presided over the mass and the episcopal ordination of Javier Herrera Corona, whom Pope Francis appointed as the new Apostolic Nuncio to Gabon and the Republic of Congo.