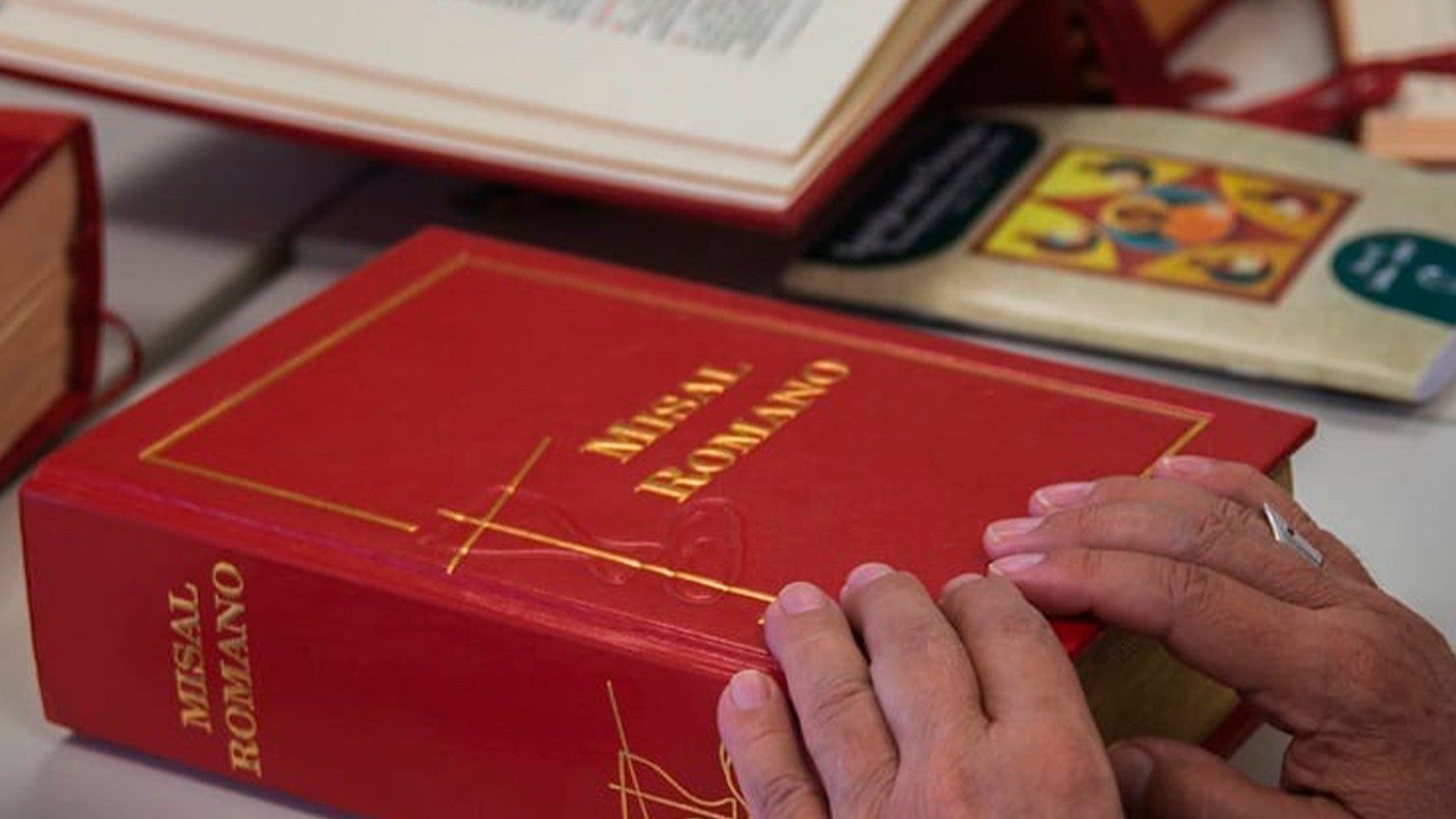 Celebration of the ancient rite: the Holy See answers the questions asked by the bishops

A letter from the Prefect of the Congregation for Divine Worship to Episcopal Conferences accompanies the publication of the answers to the questions received from the local Churches concerning the application of the Motu proprio â€œTraditionis custodesâ€ which entered into force last July.

Eleven dubia, were raised concerning the application of the Motu proprio Traditionis custodes by which, in July 2021, Pope Francis promulgated new standards concerning the use of liturgical books in use before the reform enacted by the Second Vatican Council. Posted today on the website of the Congregation for Divine Worship are those dubia received from the bishops and the dicastery responnse to the most recurring questions approved by the Pope which clarify certain points of the Motu proprio. Each answer is accompanied by explanations.

the dubia and responnse are themselves accompanied by a letter to the presidents of the Episcopal Conferences from the Prefect of the Congregation, Bishop Arthur Roche, which explains the direction taken: â€œAny prescribed norm always has the sole purpose of preserving the gift of ecclesial communion by walking together , with conviction of mind and heart, in the direction indicated by the Holy Father “.

The first question concerns the possibility of celebrating the pre-conciliar rite in a parish church if there was no other possibility of locating a church, an oratory or a chapel for a group of faithful celebrating in aid of the 1962 Missal. This possibility is excluded by the Motu Proprio to emphasize that the celebration of Mass with the rite previously used is a concession limited to these groups and does not form part of the ordinary life of the parish community.

The answer is yes, but only if the impossibility of using another church, oratory or chapel has been noted and without including the celebration in the program of the parish mass. Moreover, the celebrations should not take place simultaneously with other pastoral activities of the parish. These guidelines, explains the response, are not intended to marginalize the faithful who attend the old rite, but rather serve to recall that it is “a concession to provide for their good”, and not “a opportunity to promote the previous rite â€. is no longer in effect.

Use of the old rite for the sacraments

The second dubium concerns the possibility of celebrating not only the Eucharist (with the Missale Romanum which is the subject of the concession), but also the other sacraments provided for by the Roman ritual (the last typical edition is dated 1952) and the Romanesque pontifical used before the liturgical reform. First of all, the answer reminds us that the Roman ritual contains the sacraments of baptism, penance, marriage, anointing of the sick and rites such as funerals; while the Romanesque pontifical concerns the sacraments presided over by a Bishop – Confirmation and Ordination.

The answer is no. In fact, the authority of the Holy See considers that in order to progress in the direction indicated by Pope Francis, authorization must not be granted to use the abrogated liturgical books and that the faithful must be accompanied “towards a full understanding. of the value of the celebration in ritual form â€arising from the liturgical reform.

There are, however, a few important distinctions. the responnse specifies that it would be possible to use the old Ritual only in “personal parishes canonically erected”, that is to say exclusively in parishes already designated by the bishop and dedicated to the faithful who attend the old rite.

However, even in these parishes it is not allowed to use the Pontifical for confirmation or ordination. The reason for the prohibition on confirmation is that this sacrament has been modified by Pope Saint Paul VI and, therefore, it is not considered appropriate to resort to the abolished rite, since it has undergone substantial changes. .

Another question concerns the possibility of granting permission to use the Old Missal to priests who do not recognize the validity or legitimacy of the concelebration and who, therefore, refuse to concelebrate the Chrism Mass with the Bishop on Thursday. Holy.

The answer is no. However, before revoking the concession, the Bishop is asked to â€œestablish a fraternal dialogue with the Priest, to ensure that this attitude does not exclude the validity and legitimacy of the liturgical reformâ€ of the Vatican Council. II and the Magisterium of the Supreme Pontiffs. Before revoking the concession, the bishop should give the priest sufficient time for a â€œsincere discussion,â€ inviting him to participate in the concelebration.

When asked whether it is possible to choose the passages of Scripture indicated in the old Missal from a complete biblical text, the Holy See answered yes.

The old Missal, in addition to containing the rite of the Mass, also contained the text of the Readings. It was after the reform that the Missal (containing the rubrics and the prayers) was separated from the Lectionary (containing the texts of Sacred Scripture for the Readings). Since Pope Francis ‘Motu proprio prescribed that the Latin readings contained in the old Missal should always be proclaimed in the vernacular language of each country, the use of a translation of the Bible approved by the various Bishops’ Conferences for a use in the liturgy has been approved. . What is not authorized, on the other hand, is the publication of a real and proper “Lectionary” in the vernacular with the cycle of Readings provided for in the old rite.

The “yes” of the Holy See is necessary to authorize priests

A fifth question concerns the “consultation” of the Holy See required by the bishop before answering affirmatively to a priest ordained after July 16, 2021 who wishes to celebrate the old rite. The answer explains that in this case, the concession granted must be authorized by the Holy See.

This clarification was necessary because the Italian and English versions of Pope Francis’ book Motu proprio specify that before granting authorization, bishops must â€œconsult the Apostolic Seeâ€ (art. 4). In the official version of the document, the Latin text specifies that before any concession granted to a new priest, the bishop must receive the necessary authorization from Rome.

The Congregation for Divine Worship encourages all seminary formators to accompany future deacons and priests to â€œunderstand and experience the richness of liturgical reformâ€.

When asked whether a bishop can grant permission to use the old missal for a specified period of time, in order to reserve the possibility of an evaluation, the Holy See answers in the affirmative. He also replies in the affirmative to the question of whether the concession is limited to the territory of the episcopal diocese.

In the responnse to another dubium, it is specified that in the event of the absence of the authorized Priest, the replacement Priest must also have received a formal authorization to use the old Missal. Authorization is also required for deacons and other instituted ministers who participate in the celebration of preconciliar mass.

The tenth and eleventh questions concern the possibility of â€œbinationâ€ (the celebration of two Masses on the same day by the same priest). In the first case, during the week, a parish priest or a chaplain is not allowed to celebrate the new rite with the faithful, then to celebrate mass again with the old rite either in assembly or in private. The celebration of two Masses during the week is granted only for pastoral reasons, which do not exist in this case, since the faithful have the possibility of participating in the Eucharist celebrated according to the Missal resulting from the post-conciliar reform.

Finally, the Congregation answers the question of whether a priest authorized to use the old Missal can celebrate two Masses for two distinct groups on the same day using this Missal. The answer is no. This does not constitute a “just cause” or a “pastoral necessity”, since the faithful have the possibility of participating in the Eucharist in the present ritual form.