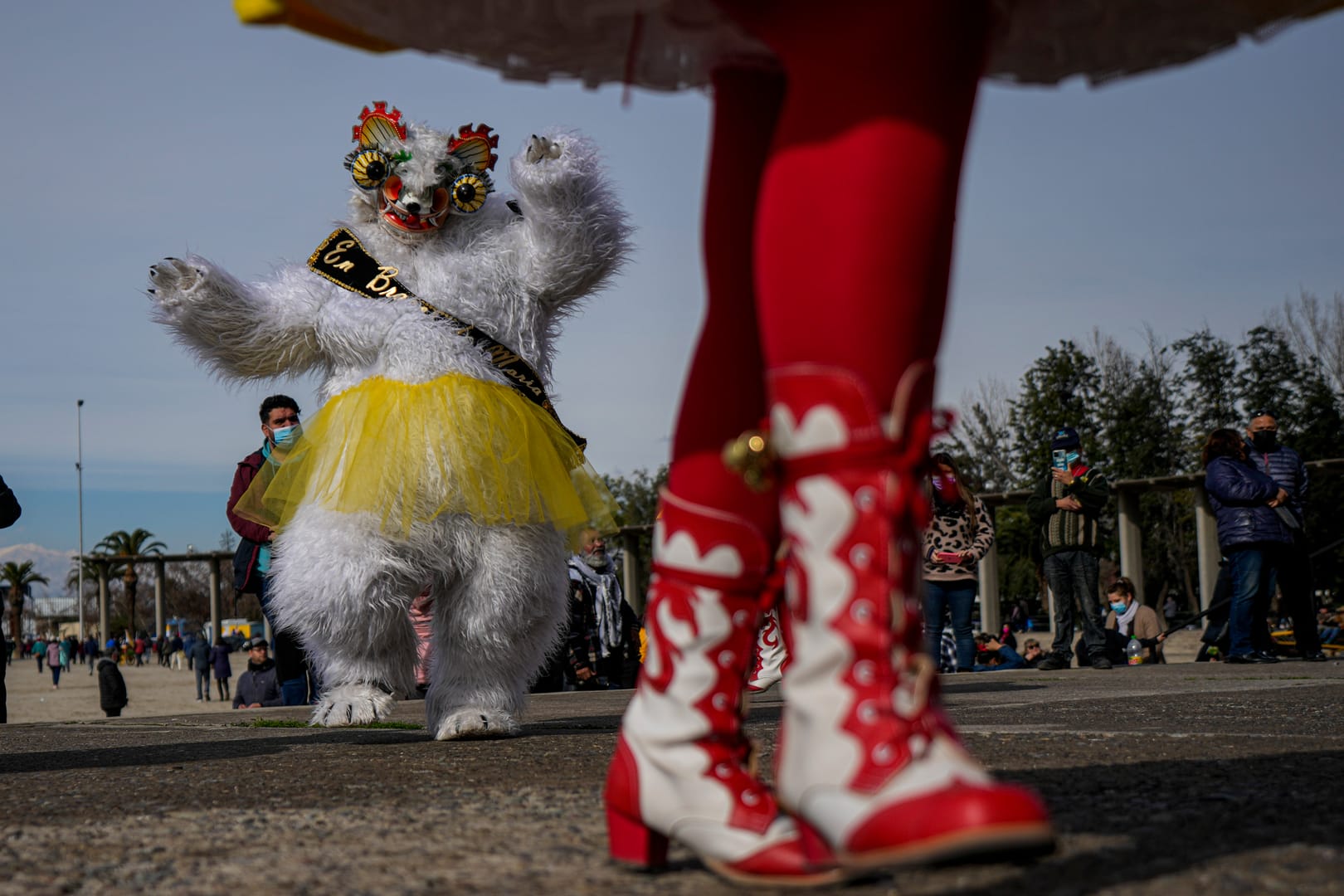 SANTIAGO, Chile — With the snow-capped Andes in the background, several dozen cowboys in woolen ponchos and families on wooden horse-drawn carts lined up Saturday to receive a priest’s blessing on the huge esplanade in front of the National Sanctuary of Maipú.

“I come every year to fulfill a wish,” said Joshua Contreras, 30, riding a shiny black horse, Lola, and wearing the traditional kit of the Chilean “huaso” or rider, including extra long spurs and finely closed antlers carved. stirrups.

The gigantic shrine on the outskirts of Santiago was built in the 1970s on the site of a church erected to celebrate Chile’s victory in its War of Independence in the early 1800s. It is dedicated to the Virgen del Carmen , or Our Lady of Mount Carmel, patroness of the country, whose feast day is July 16.

Many horse carts were adorned with Chilean and Vatican flags. Several of the riders like Contreras belonged to a group called Cuasimodo, which traditionally brings communion to the sick and housebound on their horses on a Sunday in April.

The July celebration, which also includes masses and traditional dances on the steps of the shrine, has survived multiple COVID-19 closures, major scandals within the country’s Catholic church and mass protests in 2019 who burned down a subway station just down the street from the sprawling building.

On a sunny winter Saturday, Carlos Ortiz brought his wife and baby daughter to watch the dancers in sparkly boots and costumes from a group called “In Mary’s Arms.”

“It’s very important, because you want to pass it on to your family, so that the culture doesn’t get lost,” said Ortiz, 40, who, from 10 to 30, was dancing in a similar group himself. because of a promise made to the Virgin.

This year, he took advantage of a business trip from his new home in Bakersfield, Calif., to attend the celebration.

Javiera Astorga and her boyfriend only had to drive about 20 miles from a nearby town to pay their respects, using a horse-drawn cart normally used to transport construction remains to the landfill.

They don’t usually go to church, “but we come to see the Virgin, it’s a tradition,” she says.

Associated Press religious coverage receives support through the AP’s collaboration with The Conversation US, with funding from Lilly Endowment Inc. The AP is solely responsible for this content.