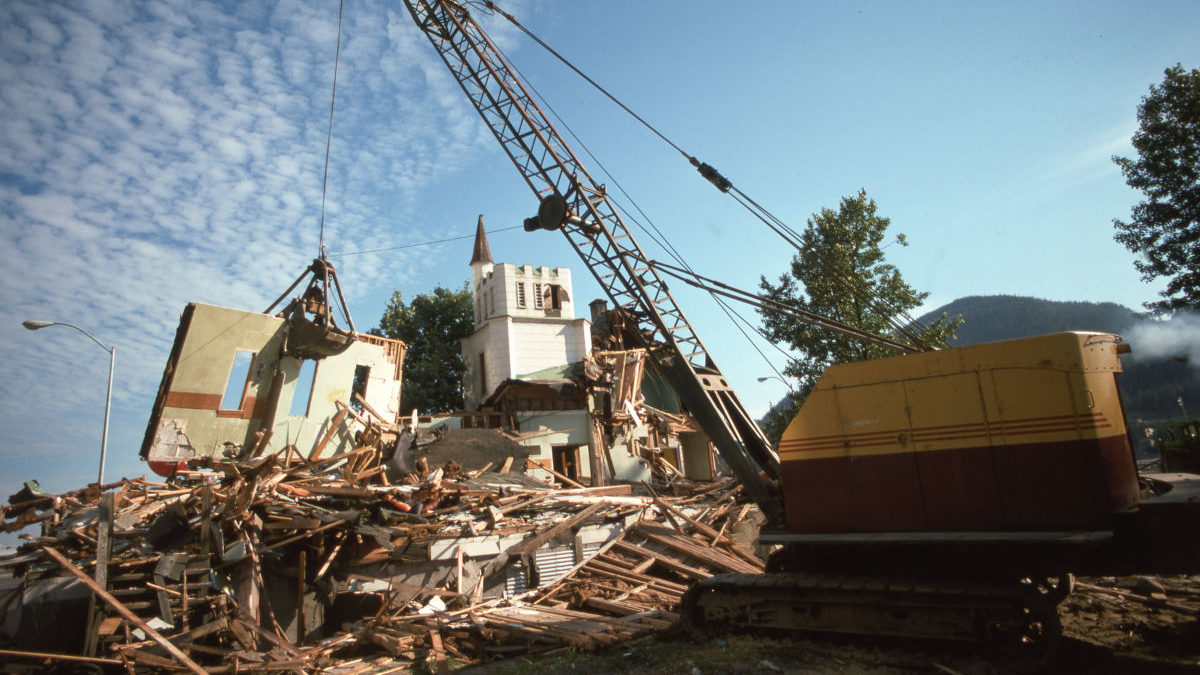 In the 1950s and 1960s, the “native church” in Juneau was packed for holiday services. Seven days a week, it hosted civic and religious gatherings.

Memorial Presbyterian Church served a predominantly Lingít congregation, true to its 1887 roots in a city that segregated restaurants and movie theaters until the mid-1940s.

Then, to “end segregation,” the Alaska Presbytery and the Presbyterian Board of National Missions closed the thriving native church in 1962.

Maxine Reichert, Lingít and Athabascan, recently told the congregation of the Northern Light United Church that the closure meant the loss of the support system of the Indian village of Juneau, “the heart of the community”, just as it suffered a even greater trauma. The Indian Village of Juneau and, just across the bridge, the Indian Village of Douglas were destroyed for urban renewal and development in the 1960s.

The amount is important but its use is even more so. Most of it is devoted to programs promoting healing, cultural preservation and education.

We’ll get to that a bit more, but first, let’s go back to 1940, when Pastor Walter Soboleff, Lingít, held his first service at Memorial Presbyterian Church.

Only he, his wife and a friend were present.

But he was brilliant at growing a congregation. Soboleff advertises in the newspaper and broadcasts his sermons on the radio. He sent hundreds of letters of support and encouragement to acquaintances, parishioners and inmates.

The church “was an extension of our family, our extended family,” Judy Franklet, Lingít, said in a 2019 interview.

Franklet recalled, “playing with friends in the, we called it the basement, but that’s where they had potlucks and other activities. And then we had coffee probably right after the worship service. And I very clearly remember Dr. Soboleff giving part of the service in English and Lingít. It was very special for us… you like to hear your own language.

Franklet also recalled the day Soboleff told the congregation that the church was closing.

“I just remember I was in shock and when I look back I’m sure he was in pain. His explanations were just very short,” Franklet said. hit in the stomach. It was such a surprise.

Last year, as the church’s Indigenous ministries committee began discussing reparations, “I remember one moment in particular,” said Lillian Petershoare, Lingít. “We were talking about the closing of Memorial Church and I said to everyone, ‘You know, what really bothers me here is that in our research we saw that the presbytery and the leaders of national church came to Memorial several times over the years. The women of the church sponsored the tea for the regional and national leader. They were not strangers. They knew this church. They knew the people of this church.’”

She said it was inhumane for church leaders to abandon Soboleff to announce the closure alone.

“If it had been a traditional Lingít framework, there would have been all this protocol. And so there should have been.

Petershoare said national leaders should have expressed the church’s deep roots in the community and its role in community life. “We felt that deeply.”

A former minister of the Northern Light United Church, Phil Campbell, told filmmaker Laurence A. Goldin in a 2022 interview that while meeting with natives, he learned that time had not healed the wound of the closure of the church “even though it had been almost 50 years”. .”

“I had an opportunity to ask Dr. Soboleff about it. I was visiting him a few months before he died, as it turns out…as I started asking about it, I saw the pained look on his face. He was saddened and confused by the question, and actually said, “I don’t know why they shut it down,” Campbell said.

At the same time the presbytery said it could not afford to continue subsidizing the native church, it loaned $200,000 to a white congregation to build a new church a few blocks from Memorial.

The Presbytery and Missions Board advised members of the native church to join the new Northern Light Presbyterian Church. Less than half did. Most joined other denominations or left the church altogether.

In the 1990s, a group of Aboriginal members of the Northern Light Church formed an Aboriginal Ministries Committee. With Campbell’s help, in 2021 they drafted an “Overture” (similar to a resolution) titled “On the direction of the General Assembly Office to make apologies and reparations for the racist closure of the church Presbyterian Memorial, Juneau, Alaska”.

The Overture said, “The forced closure of this thriving, multi-ethnic, cross-cultural church was a blatant act of spiritual abuse committed in alignment with the prevailing white racist treatment of Alaska Natives, statewide, and Native Americans. , in all the countries. It was distributed nationally to Presbyterian churches and discussed at regional and national gatherings of church leaders.

The Presbyterian Church in the United States passed the overture unanimously without amendment at its July general meeting. By adopting it, the Church recognizes that its justification for the closure “has done no more than substitute assimilationist racism for the previous practice of segregationist racism”.

The Overture includes a list of actions for redress.

The church, with regional and national leaders in attendance, will acknowledge, confess and apologize to the late Walter Soboleff and his surviving family members “for the act of spiritual abuse committed by the decision to close the Presbyterian Church , which was sadly aligned with national racism.” to Alaska Natives, Native Americans and other people of color.

In adopting the Openness, the church pledged to engage and report on “interactions with churches made up primarily of congregations of color so that difficult decisions about support and funding are made in a spirit that acknowledges the importance and contributions of these congregations to the Presbyterian Church (USA), which outweigh superficial considerations of their membership numbers or perceived lack of financial resources.

The Overture also encourages Presbyterians across the country to donate funds and renew their commitments to dismantle systemic racism and amplify the voices of people of color.

He urges all to continue moving away from the Doctrine of Discovery, the idea that when a European nation “discovers” a land uninhabited by Christians, it acquires rights to that land.

As one of the first stages of repairs, the church was renamed Ḵunéix̱ Hídi (people’s house of healing) Northern Light United Church.

As the successor and beneficiary of the Memorial Church closure, Ḵunéix̱ Hídi has committed $350,000 for repairs, which will include the creation of artwork and the remodeling of Ḵunéix̱ Hídi Church to be more welcoming to people of color and to reflect the indigenous cultures of the southeast.

The money will go toward scholarships and native language revitalization programs in Southeast Alaska. Ḵunéix̱ Hídi will also collect oral histories and develop a curriculum to teach Remembrance Church history.

Ḵunéix̱ Hídi will also pay for a “highly visible recognition” of the Remembrance Church at its former location.

Reichert said additional funds would go to “Tlingit, Haida, and Tsimpshian languages, (and) scholarships for students who wish to enter seminary to become ministers.” For these and other efforts, the church has committed nearly $1 million.

Reparations were accepted by the local congregation, then at the regional and national levels. The commitments call for introspection, with the understanding that healing from racism is an ongoing process.

Myra Munson, member of the ministries committee, said the history of racism, slavery, what happened to Indigenous peoples and actions against LGBTQ people, “all of these things create a burden that maintains an approach “us and others” of the world and each other in the community and as a whole nationally and internationally. Every step we take that overcomes this or reduces it helps us all to live in a healthier and in a healthier place.

Reichert said she was relieved when the General Assembly voted to open. “It felt like Walter Soboleff and what he did with Memorial Presbyterian Church, he was vindicated and, and I felt really good about it.”

However, Reichert said, Native people “still have churches, like in the Dakotas where they have a number of churches led by Native ministers. And a lot of them haven’t graduated from seminary and they have very little funding for those churches, but the natives still go there and they still want that religion. But they want it in their own culture. Reparations will help make that happen for the Native peoples of Southeast Alaska.

This article was originally published by Indian Country Today and is republished here with permission.

This article is inspired by a writing in 2019 for “Magazine “First Alaskans”. The author also narrated a short film, “The Native Church,” on the subject.