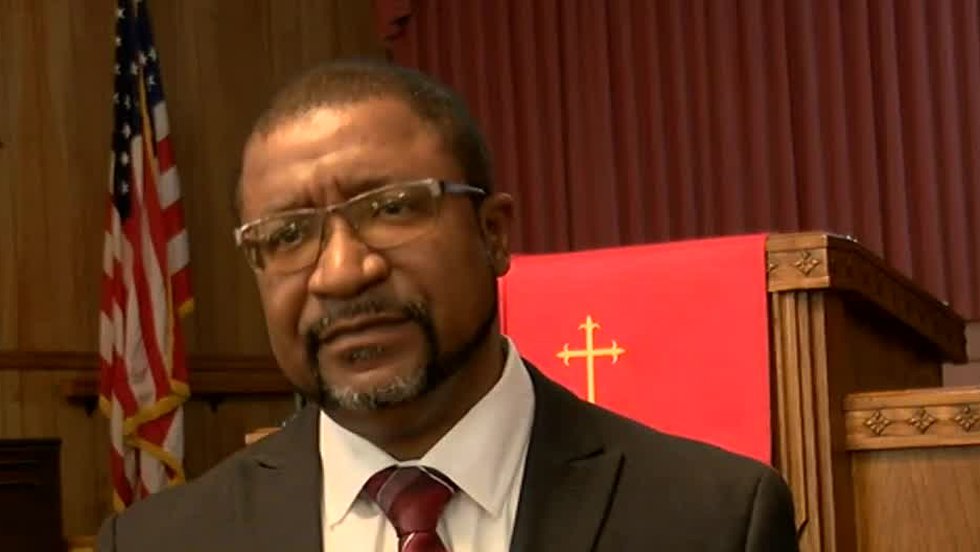 Columbus church caught in the crossfire in recent shooting

COLUMBUS, Ga. (WTVM) – We have reaction tonight from the pastor of a Columbus church on the corner of Farr Road, where several shootings took place. He says his building was caught in the crossfire in one of the most recent shootings.

After several shootings in south Columbus, a pastor speaks out, saying something has to change.

Pastor Stallion has been the pastor of Mount Pilgrim Baptist Church for six years. He says this ladder inside the church is where a bullet hole was repaired. Pastor Stallion says the remains of a recent shooting are seen here in one of the windows of the church. He says a bullet went through the wall during the incident which injured three people outside the Chevron gas station across the street. Now, in addition to praying, he meets local leaders.

“Engage in conversation, of course, with, you know, city officials and law enforcement,” Pastor Stallion said.

Since this shooting weekend, the windows of this service station have been condemned.

“If nothing else, it sends a message in terms of where we are right now in our community and therefore, we are in sad times,” Pastor Stallion said.

Sheriff Countryman leads the town’s gang task force. He says too many shootings happen at the hands of irresponsible people.

Countryman says he and his deputies will arrest anyone who pulls the trigger.

“We have something that we’re going to roll out in the next few weeks to let them know,” Sheriff Countryman said. “We don’t play with them.

Fortunately, no one was inside the church when the bullet pierced the wall. Pastor Stallion says the church will also move by the end of the year to make way for the new interchange.