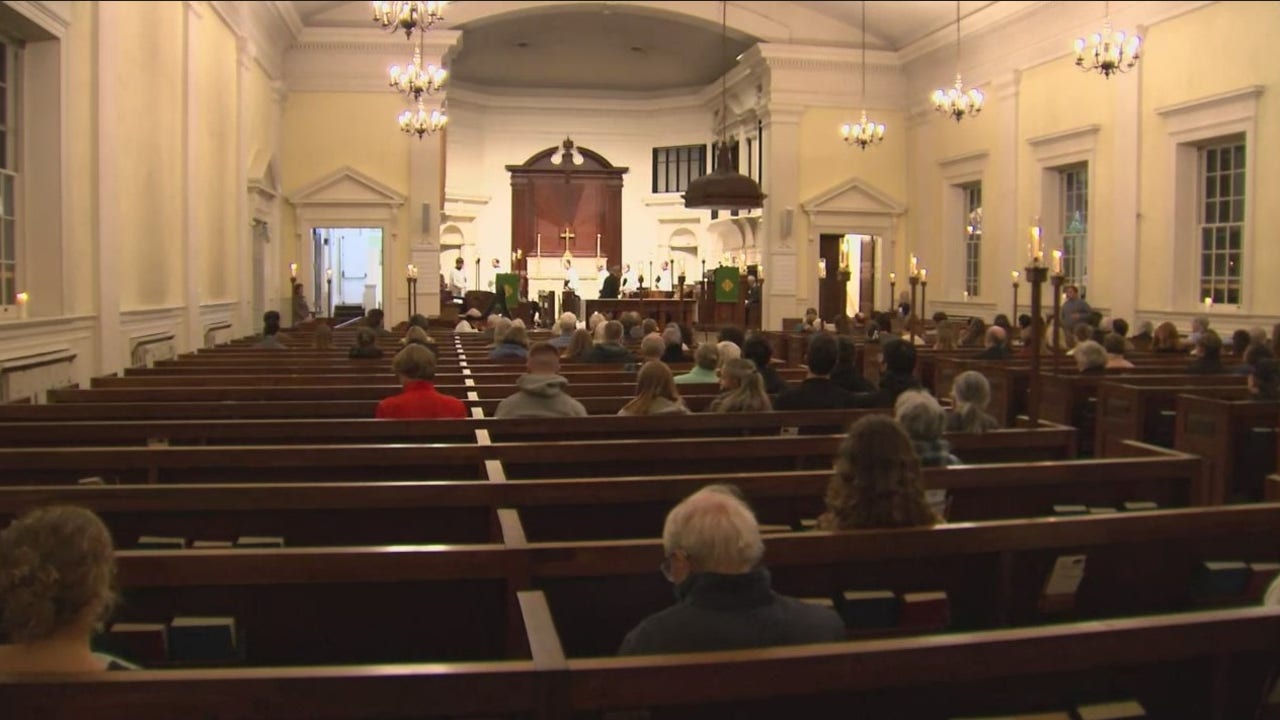 CHARLOTTESVILLE, Va. – A community prayer service is being held for University of Virginia students mourning the deaths of three football players who were fatally shot Sunday night.

The event will take place Monday on campus at 5:30 p.m. at St. Paul’s Memorial Church.

“All students are invited to a short service followed by refreshments and fellowship,” the invitation reads.

Students told FOX 5 that several vigils were also planned on campus for the victims. A vigil is being held at Scott’s Stadium, Data Bridge, University South Lawn and the university said it is also holding a vigil.

Tragedy struck the UVA community on Sunday evening after authorities said Christopher Darnell Jones Jr. opened fire inside a bus on campus, killing three members of the football team and injuring two others.

University President Jim Ryan identified the three gunned down students as Lavel Davis Jr., Devin Chandler and D’Sean Perry. All three were members of the UVA football team. Two other students were injured and taken to UVA Medical Center. One of the injured students is in good condition and the other is in critical condition.

The suspect was apprehended Monday afternoon and is currently in custody.

Prayers, heartfelt feelings and memories came from all over the country after the incident.

“I cannot find the words to express the devastation and grief our team feels today after the tragic events of last night which resulted in the deaths of Lavel, D’Sean and Devin, and the others injured,” said said the Virginia head coach. Tony Elliott tweeted. They were incredible young men with huge aspirations and extremely bright futures. Our hearts ache for their families, classmates and friends.”

“As a mother of three, I feel bad for parents and family members,” Virginia Athletics manager Carla Williams said in a statement. We have lost three talented and brilliant young men. We will never see what their impact would have been on the world, but we will never forge their impact on us. I miss Lavel, D’Sean and Devi. I pray for their peace, comfort and hope for their parents and loved ones. For their teammates, coaches and friends, I pray for strength and a peace that surpasses all understanding.”

“We had a horrific overnight tragedy at UVA, lives were lost and families changed forever. Thanks to the diligence and commitment of our law enforcement, the suspect is in custody. While there are still many details to be uncovered, let us raise the whole community in prayer,” Virginia Governor Glenn Youngkin tweeted.

“Too many families across America carry the terrible burden of gun violence,” the statement said. “Earlier this year, President Biden signed the most important gun safety law in nearly three decades, in addition to taking other historic steps. But we need to do more. We need to enact a ban. assault weapons to get the weapons of war off the streets of America. House Democrats have acted and the Senate should follow.”

“The Attorney General’s office is working with federal and state law enforcement and they are actively investigating the case. We will provide more information in due course,” he tweeted.

A professor of American Studies and Media Studies at UVA said Devin Chandler and Lavel Davis were his students. “Devin was in my class in the spring of 2022, and Lavel is in my class this semester. I’m so indescribably sad right now but I wanted to share some memories of them because they were such wonderful people.