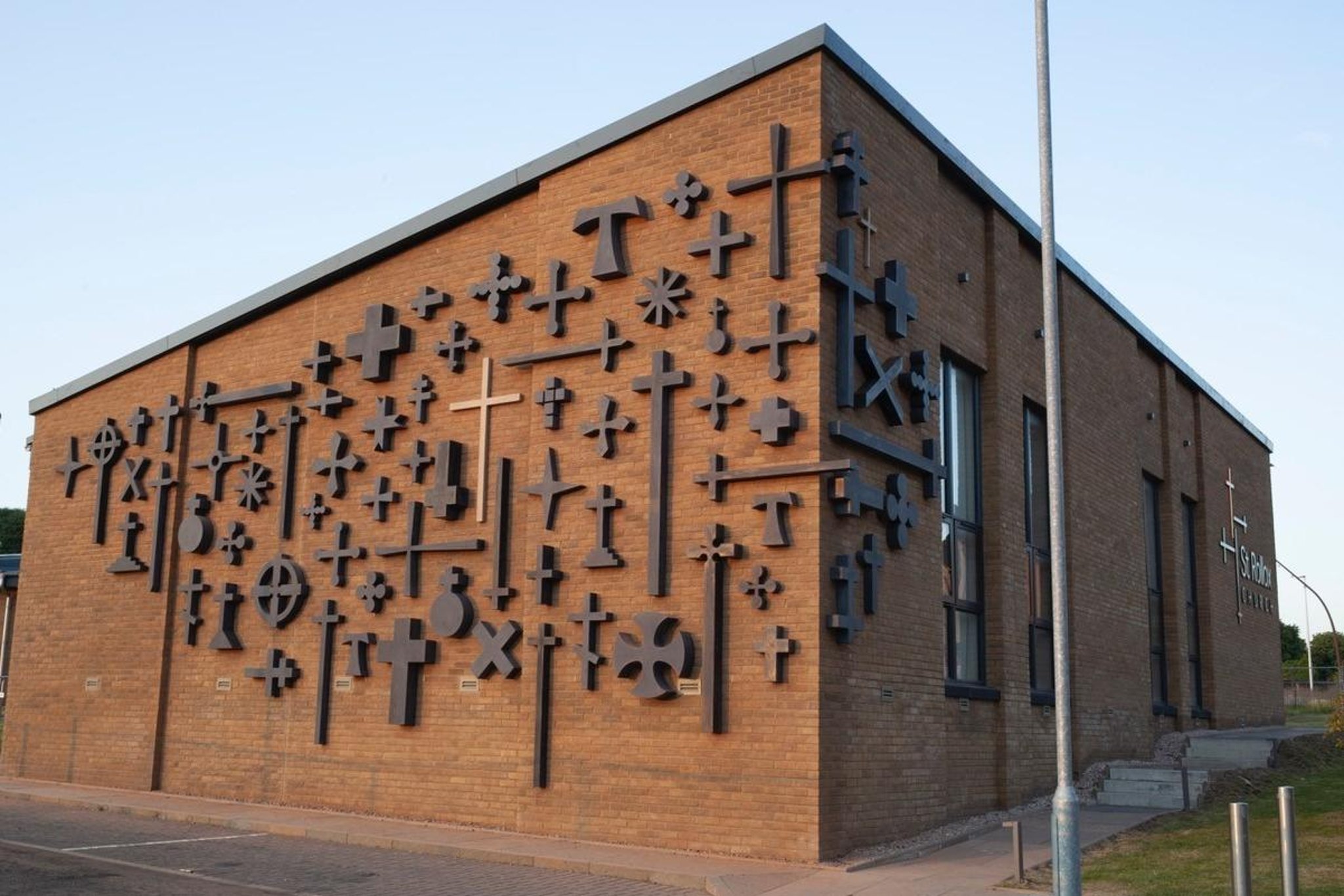 Entitled Assembly, the work includes 33 different styles of Christian crosses, one representing each year of Jesus’ life before he was crucified.

The piece is attached to a wall outside St Rollox Church in Sighthill, Glasgow.

It was created by Michael Visocchi, who won the Â£ 45,000 commission after being selected by a jury chaired by the Reverend Jane Howitt, minister of the congregation.

The 44-year-old visual artist said it took him two years to make the crosses, which draw from a variety of Christian traditions such as Coptic, Byzantium, Catholicism and Presbyterianism.

The coin features the Cross of St. Andrew, the Cross of Iona, the Manx Cross from the Isle of Man and the Hasta Cross, which is two and a half meters long.

Visocchi, who works at Glenprosen in Angus, said: “The job is called Assembly and the idea is that each cross represents the diversity of people who attend St Rollox Church.”

St Rollox is one of the most diverse congregations in the Church of Scotland and its outreach project has supported asylum seekers and refugees seeking refuge in Glasgow from war-torn countries such as Kosovo, Bosnia, Afghanistan and Iraq, over the past 20 years.

The artist added, â€œI always hope that a work like this means something to the people and the community who commissioned it and maybe it will inspire teaching and sermons over the years. years.

â€œThe room also looks like a flock of migrating birds in a way, which refers to how far members of the congregation came to settle in Glasgow.

“So there is a poetic element, because St Rollox Church does important community outreach work and I hope the play reflects that.”

Visocchi graduated from the Glasgow School of Art and in 2007 was the youngest artist to be elected to the Royal Scottish Academy of Art and Architecture.

Ms Howitt said that work is a “thing of beauty”.

She added: â€œMichael is becoming an increasingly well-known sculptor and I imagine anyone interested in modern sculpture will come to St Rollox to admire his work.

“I think this will become an important work in the art world over time.”