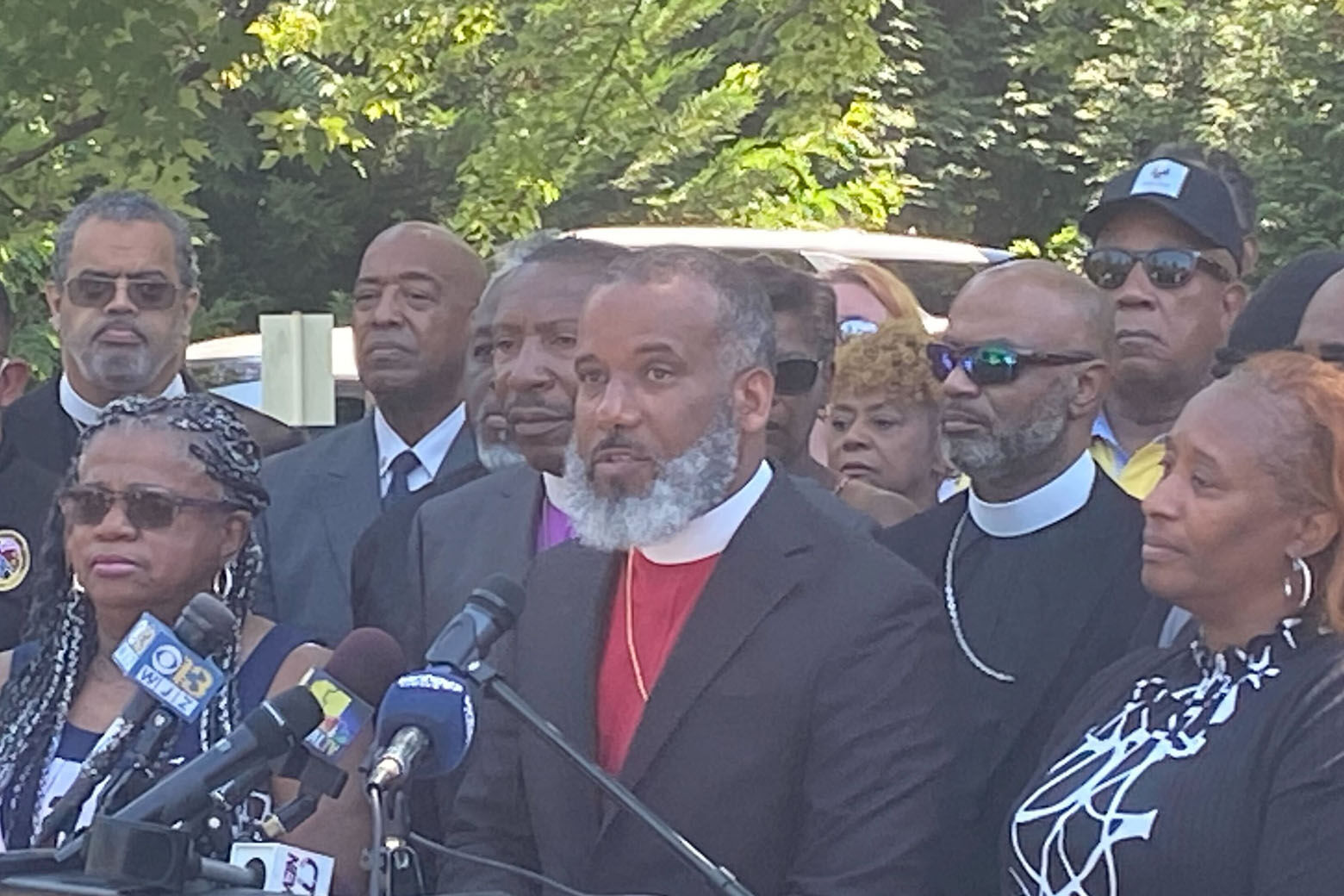 County and clergy leaders speak out after the vandalism of another church in Anne Arundel Co.

An incident at the Kingdom Celebration Center on Monday morning marked the ninth time since May that an Anne Arundel County church has been vandalized.

A series of hate-motivated vandalisms targeting churches in Anne Arundel County, Maryland in recent months has brought together local religious and political leaders.

An incident at the Kingdom Celebration Center on Monday morning marked the ninth time since May that a church in the county has been vandalized, according to Police Chief Amal Awad. Five of the other incidents happened at another church just two miles away.

In the latest act of vandalism at the church, located on Route 175 in Gambrills, someone ransacked the property and wrote the word N followed by the words “in jail”, an apparent reference to Bishop Antonio Palmer, who leads the congregation at the church.

Earlier this year, Palmer testified before Anne Arundel County Council during the debate over new police accountability rules, admitting he served time in prison decades ago. Since then, he says he found religion and changed his life, helping the church become a positive presence in the community.

“This is an attack on the psyche, the morale and the momentum of a church that is concerned with doing good for all men,” Palmer said at a Tuesday event with church leaders. county and church leaders. “Make no mistake about it. Regardless of the size of the graffiti, the intruder left a huge and clear message of racism and hatred. I am quite sure they wanted to inflict harm on me and members of the African American community.

Palmer described the N-word as “a hate slur with an undertone of brooding violence”.

“There is no place, no place for hate here in Anne Arundel County,” Awad said. “None. Especially on the sacred grounds of a place of worship.

The police chief said she was sickened by the series of incidents and that the police department takes the investigation of such incidents seriously.

“We denounce all forms of hate,” Awad said. “This despicable act is not representative of many good people who call Anne Arundel County home. And we won’t be deterred by your hatred, whoever you are. We are encouraged not only to identify and arrest you, but to continue the good work that these humble guardians of our community do every day. »

Get the latest news and daily headlines delivered to your inbox by signing up here.

© 2022 OMCP. All rights reserved. This website is not intended for users located in the European Economic Area.