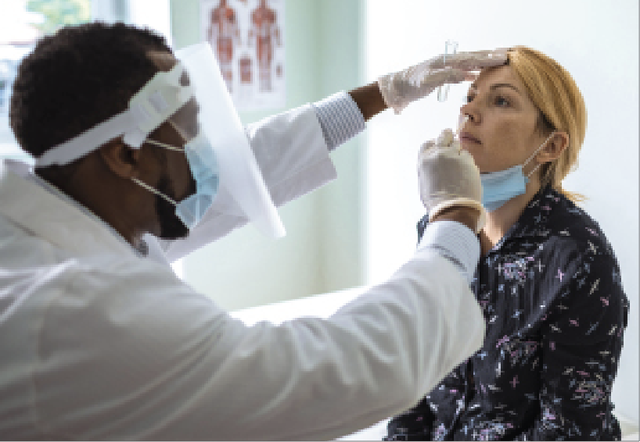 The site will operate Monday through Friday from 8 a.m. to 4:30 p.m. To register for testing, visit https://patientportal.advancedmd.com/146518/onlinescheduling/existing.

The testing site opened following complaints from some officials about the lack of a testing site in Newton County.

County Chairman Marcello Banes said earlier this month that health departments in Gwinnett, Newton and Rockdale had contacted him about any potential sites for a testing facility.

He said he suggested the county-owned Gaither’s at Myrtle Creek Farm in rural south Newton as a potential site because it was the only public facility that had enough space for the expected traffic. cars.

A total of 16,411 Newton County residents had been reported as having confirmed cases of COVID-19 with 339 deaths as of Jan. 21, according to Georgia Department of Public Health records.

Banes said in a statement, “COVID-19 continues to impact our families, businesses and community through the spread of this virus which has caused hundreds of deaths right here in Newton County.”

“I am very grateful to the Department of Public Health and all the work of Gwinnett, Newton and Rockdale Health Services in bringing this mass testing site to our community. This site will be essential in informing Newton County residents if they have COVID-19 and preventing the spread in our community.

“Please use this and all available resources to work towards ending this pandemic,” he said.