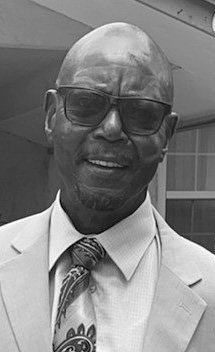 Vann Funeral Home was in charge of the arrangements.

On a cold February day in 1957, Carl “Rooster” and Shirley Stone had a third daughter, Linda Nell, born at Dr. Snyder’s clinic in Blountstown. Linda was taken in by her older sisters, Patsy and Janice. Their lives would never be the same again. Linda grew up on her parents’ farm on County Road 69A where she raised an orphan calf named Pistol Pete. She sold Pistol Pete to raise money for his braces. As a young girl, she had a pair of red cowboy boots that she loved. The way she kept them on her super skinny feet was a testament to how much she loved them. Linda was the only girl with her father’s blue eyes. From her mother, she inherited the courage to speak her mind.

Her grandparents, Jess and Bessie Stone, were very involved in her young life, and her maternal grandparents, Lucius and Lena Johnson, lived just down the street. Thus, she was blessed with an extended loving environment.

As parents and paternal grandparents, Linda attended Altha School and graduated in 1975, where she developed deep and lasting friendships with Danny Carol Register and Bonnie Childs. They became the Three Ya-Yas.

In 1979, Linda met the love of her life, Steve Arrant. On October 22, 1983, they had a country-themed wedding ceremony in the front yard of his sister, Patsy. Steve was his rock and his world. They recently celebrated their 39th anniversary. Steve always wrote Linda a beautiful poem every birthday. Together they raised their daughter, Sandra Nicole. Sandra was blessed with an older brother, Stevie.

She never met a stranger and when you saw Linda she had a big smile, sparkling blue eyes, an easy laugh and she expressed her love to you and wished you a blessed day. She also had a knack for speaking her mind, whether you wanted to hear it or not! Such candor is a rare gift.

She retired from DOC this year and was known for her strong work ethic and ability to speak her mind.

Linda loved being Austin’s stepmother and adored her nephews and nieces.

Friday afternoon, October 28th, while at home, Linda passed away unexpectedly with her beloved, Steve by her side. A lot of comfort was taken in imagining his reunion with Sandra. She was predeceased by her beloved daughter, Sandra, and her father Carl “Rooster” Stone and stepfather JB Arrant.

A memorial service is planned later. As Linda was a huge animal lover, contributions to Partners for Pet Adoption Center, 4011 Maintenance Drive, Marianna 32448 would be a fitting memorial.

Jesse Wayne Padgett, 72, of Marianna, Florida, died Friday, October 28, 2022. Wayne was born November 26, 1949, in Belle Glade, Florida to John and Inez Padgett. Wayne had lived in the area for 30 years from Orlando, Florida. He was a graduate of Maynard Evans High School and Jones College. Served in the Air Force and was a Vietnam Veteran. He was also a retired Florida State correctional probation officer. Wayne loved his grandchildren and especially enjoyed watching them play sports. He was an avid Florida Gators fan, loved golf, dancing and country music. Wayne was predeceased by his parents, John Padgett and Inez Padgett; sister, Linda Jackson.

Helen Deloris McCourt, 68, of Altha, Fla. died Friday, October 28, 2022. Helen was born May 19, 1954, in Richwood, WV to Charles and Nellie Sparks. She had lived in the Altha area for 21 years after moving from Clarksburg, WV. Helen was a homemaker, a member of the Baptist faith and loved taking care of people.

The memorial will be by cremation with a memorial service at a later date.

Douglas Steven Tipton, 63, of Altha, Florida died on Friday, October 21, 2022. Doug was born February 4, 1959, in Ohio to Langlie Odell and Margaret Reynolds Tipton. He was a truck driver who loved his family, his friends, his dogs and his model trucks. Doug was a warm, loving and amazing father, grandfather, brother and friend. He was a person who looked past someone’s mistakes, always ready to love someone anyway. He helped those around him without ever accepting anything in return. He was stupid and proud, choosing to live and die his way. He spent his days in his yard or indoors watching sports or westerns with his dogs. When he was not at home, he could be found with his friends sharing a coffee and a story or fishing with his son. He will be missed but his legacy of love will continue to be shared by all of us.

He is survived by his son, Adam Lerch (Natasha) of Altha, FL; daughter, Jessie Chapman of Ohio; brothers, Gary Tipton and John Tipton both of Ohio; sister, Paula Tipton of Ohio; 7 grandchildren.

The memorial will be by cremation with a memorial service to be scheduled at a later date.

Parishes are essential places to grow in faith, community – Diocese of Scranton