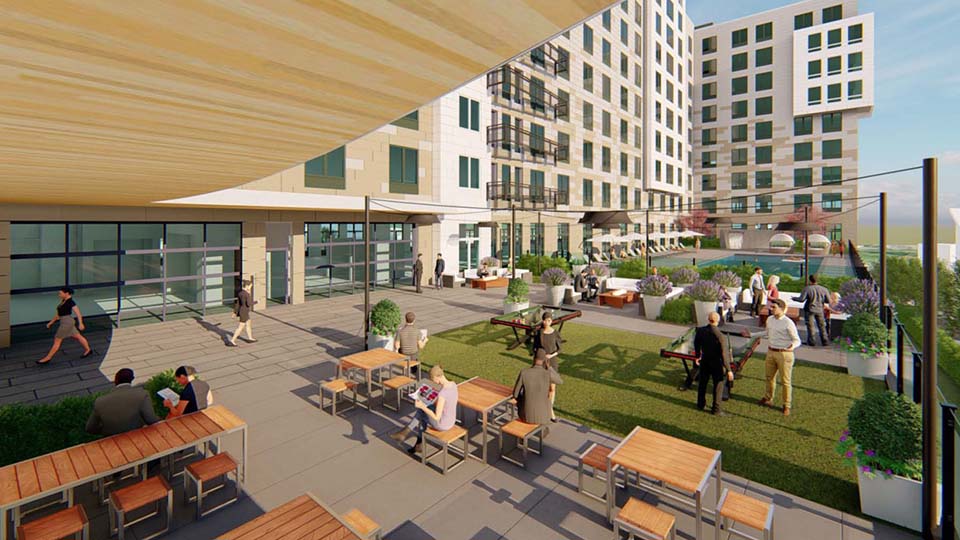 Here is a recap of the City of Greenville Design Review Board’s Urban Panel held on April 7:

Grace Church is looking to build a modern 11-story tower next to its sanctuary at 101 W. McBee Ave. in downtown Greenville.

Plans for the tower, which are still in their infancy and have yet to be officially submitted to the city, would combine retail and office space on the first three floors, with condominiums and space for the church can hold larger events occupying the other levels, as well as rooftop amenities.

Grace Church business operations manager Jeff Randolph said the tower would meet the needs of the church’s growing congregation, which has occupied the church’s historic sanctuary since 2010.

“On this campus, other than the sanctuary, we don’t have adequate space for large groups for youth and adult gatherings of 150 or more people,” Randolph said. “We have a fellowship room, some people would call it the basement, which has low ceilings, a significant number of columns, poor sound, poor video quality, and there are residential condos directly above of space, so you can understand the problem. We just need more space for the campus.

The tower would occupy what is now a 16-space parking lot.

Grace Church, in coordination with DP3 Architects, is designing the tower, while a developer has yet to be chosen.

Fluor field will soon receive some upgrades, including an expanded clubhouse and player amenities.

The upgrades, unanimously approved by the design review board, include “significant improvements to the lighting of the pitch and the players’ clubhouse”, as well as an additional kicking tunnel, accommodations for female coaches and referees, and the possibility of expanding the stadium’s event space.

More office space is coming to the West End of downtown Greenville, this time with stunning views of the city skyline.

The project was previously approved as a building consisting primarily of 224 luxury apartments, 20% of which will be dedicated to workforce and affordable housing, with retail only at street level.

The Design Review Board unanimously approved the changes to the project, which also include a roof garden and terraces.

The development takes its name from The McClaren Medical Sheltera one-story brick building that has occupied the space for decades.

The McClaren Medical Shelter was built in 1949 by Dr. EE McClaren, a prominent black physician from Greenville who used the space as a clinic serving black residents during the Jim Crow era. Rather than razing the structure, the clinic will be moved to a prominent location 70 feet away at the corner of Wardlaw and Academy streets, to pay homage to its historical significance.