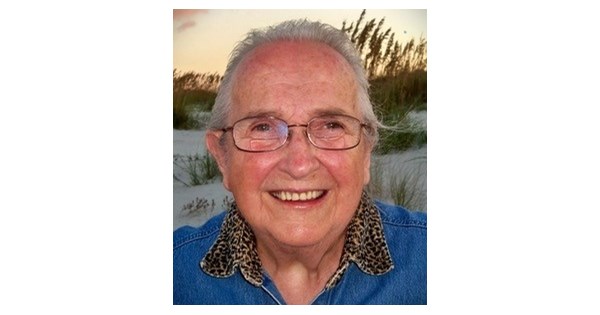 Dixie Louise Farmer-Pearman received her wings on Friday, February 4, 2022 at 2:00 p.m. She fought hard and has now finished her race!
She came into this world moments after her mother jumped out of the attic of the barn as a premature baby who spent her first weeks in a shoebox! At an early age, she caught polio. The doctors wanted to put braces on her, she stopped them and said “No, God will heal my little legs.” She had a passion for God and his church, Full Gospel Assembly. Early on, she was encouraged by her pastor’s wife, Marie Swails, to play the guitar and found herself playing it in church. She eventually became the church’s chant leader. While she was here on this earth, she was true to her calling!
Dixie was known for her infectious smile which has always been a part of her. Also, because she always had a song in her mind, she constantly whistled. This earned him the nickname “Whistling Dixie!” Another thing she liked was his puns.
She was born on March 12, 1932, in Green County, Kentucky to Lena Mae “Till Brock” Skaggs and Leonard Thomas Farmer. She has, however, lived most of her life in Hodgenville. On October 22, 1949, Dixie married John Thomas Pearman who predeceased her on May 16, 2004. She was also predeceased by her son, Ronald Larry Pearman on October 29, 1989; his parents Lena and Leonard; two brothers, Dennis Clayton Farmer and John Daniel Farmer and his grandson, Joseph Frederick Dohn Jr.
Dixie is survived by her children, James Thomas Pearman of Daly City, CA, Donald Terry Pearman, Glenda Louise (Joseph Frederick) Dohn and Gary Lee Pearman, all of Hodgenville; his grandchildren, Teri Nicole (Joshua Daniel) Pearman-Perkins, Christopher Alexander “Alex” (Megan Kathleen) Dohn, Jonathon Tyler Pearman, Emily Rose (Kyle Douglas) Pearman-Cochran, Carla Michelle (Jerome Aaron) Dohn-Hoffie, Calvin Ronald (Madeline “Maddie” Paige) Dohn, Judson Thomas (Sarah Lynn) Dohn and Garrett Lewis Dohn and his great-grandchildren, Victoria Marie Tucker, Gracie Mae Tucker, Shayne Aaron Hoffie, Sonora Rose Strupp, Case Daniel Perkins, Caleb Joseph Hoffie, Matthias Numon Dohn, Michelle Elizabeth Hoffie, Lila Mae Cochran May, Alana Rosemary Pearman, Lauryn Anna Hoffie, John Thomas Dohn, Jaxson Wade Dohn, Sophia Gracelynn Dohn, Jace Carter Dohn, Wesley David Cochran, Callie Rae Dohn and Baron Alexander Dohn.
Funeral services will be held at 1 p.m. on Monday, February 7 at Bennett-Bertram Funeral Home in Hodgenville with his son, Gary and the Reverend Nathan Schroeder officiating. Interment will follow at Red Hill Cemetery.
Visitation will be from 12 p.m. to 8 p.m. Sunday and after 10 a.m. Monday at the funeral home.
To send flowers
to the family or plant a tree
in memory of Dixie, please visit our floral shop.

The importance of a local church community – WKRG News 5