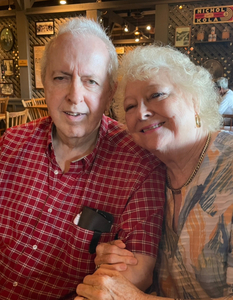 Dr. Thomas “Tom” Francis Gulbronson, beloved husband, father, grandfather, great-grandfather, brother, uncle, and child of God, joined his Heavenly Father on Sunday, September 25, 2022 at 9:41 p.m.
Born March 1, 1942 in Cumberland, he was the son of the late Thomas Rex Gulbronson and the late Mary Frances (Lantz) Gifford-Kaylor. He was also predeceased by a sister, Naomi Souther.
Tom graduated from Ridgeley High School in 1960. He received his BA from Luther Rice College (1972). Tom then attended Luther Rice Seminary, earning his Th.M. (1974) and D. Min. (1976). He studied at Liberty University and obtained his MAR (1989). His M.Div. was obtained at Luther Rice Seminary (1994). Tom went on to study at Regent University, graduating top of the class with a D. Min. (2001).
Additionally, Tom attended the University of the Philippines, West Virginia University, Washington Bible College, and Wesley Theological Seminary. He studied law for two years at LaSalle Extension University.
He proudly served his country in the US Air Force as a communications specialist (1960 to 1964).
His first pastorate was at Loch Lynn Church of God, Loch Lynn, followed by being senior pastor at Laurel Church of God, Laurel, (1966 to 1973). The next church he served was Maranatha Assembly of God, Morgantown, W.Va., (1973 to 1976). He continued to serve as senior pastor at Calvary Assembly of God, Hampton, Va. (1976 to 1979), From 1979 to 2002, Tom served at the First Assembly of God in Alexandria, Va. In addition to ministering as the church’s senior pastor, he was elected a priest of the Virginia Capital Section of the Potomac District. During this time, he also served on the board of trustees for Christian higher education, Assemblies of God Colleges in Springfield, Mo. He served on the board of trustees for Regent University at the Northern Virginia campus. While in Alexandria, Tom had a weekly television program, made guest appearances on the 700 Club television program, spoke on, and cared for the Washington Redskins, Phoenix Cardinals, and West Virginia University Mountaineers football teams. He founded Tom Gulbronson Ministries and attended Barnabas School of Ministry (2002).
Locally, Tom served as the senior pastor of the Springfield Assembly of God from August 2004 to 2018. While in the area, he served as chaplain for the Frankfurt High School football team from 2007 to 2015. During his “spare time”, Tom wrote three books, and co-authored an article which was included in the Encyclopedia of Worship.
On June 16, 1962, Tom married Bunny Nestor, who became a major partner in his ministry. Tom and Bunny have two sons, Stephen Thomas Gulbronson and his wife, Joanie, and Paul Andrew Gulbronson and his wife, Kelly; grandchildren, Michael Gulbronson (Kristin), Jordan Thomas Gulbronson, Jace David Gulbronson, Taylor Stewart (Nick), Christopher Gulbronson, Macy Gulbronson (Thomas), Kaycee Gulbronson and Nash Gulbronson; great-grandchildren, Madyson Gulbronson, London Gulbronson, Addy Stewart, Ryder Stewart, Wyatt Stewart and Phoenix Killen; siblings, Ronald Gulbronson (Peggy), Denese Cameron (Lester), Peggy Levine, Bill Gulbronson, David Gulbronson (Cindy); half-sisters, Susie Fields and Dorothy Potter; as well as several nieces and nephews.
Family and friends will gather at Springfield Assembly of God Thursday from 4-7 p.m. and Friday from noon-1 p.m.
The funeral service will be held in the church on Friday at 1 p.m. with Reverends Stephen Gulbronson, Ric Lewellen, Jimmy Vaught, Frank Potter, Gene Cecil and Gerald Mayhan celebrating Tom’s life. Also participating in the service will be Paul Gulbronson and Josh Miller.
Interment will be at Fort Ashby Cemetery, where military honors will be bestowed by the Fort Cumberland Post 13 Veterans Honor Guard.
Memorial contributions may be made to Springfield Assembly of God, PO Box 335, Springfield, WV 26763.
Note: Flowers may be sent in memory of Thomas Gulbronson to the Springfield Assembly of God on the day of visitation after 1:00 p.m.