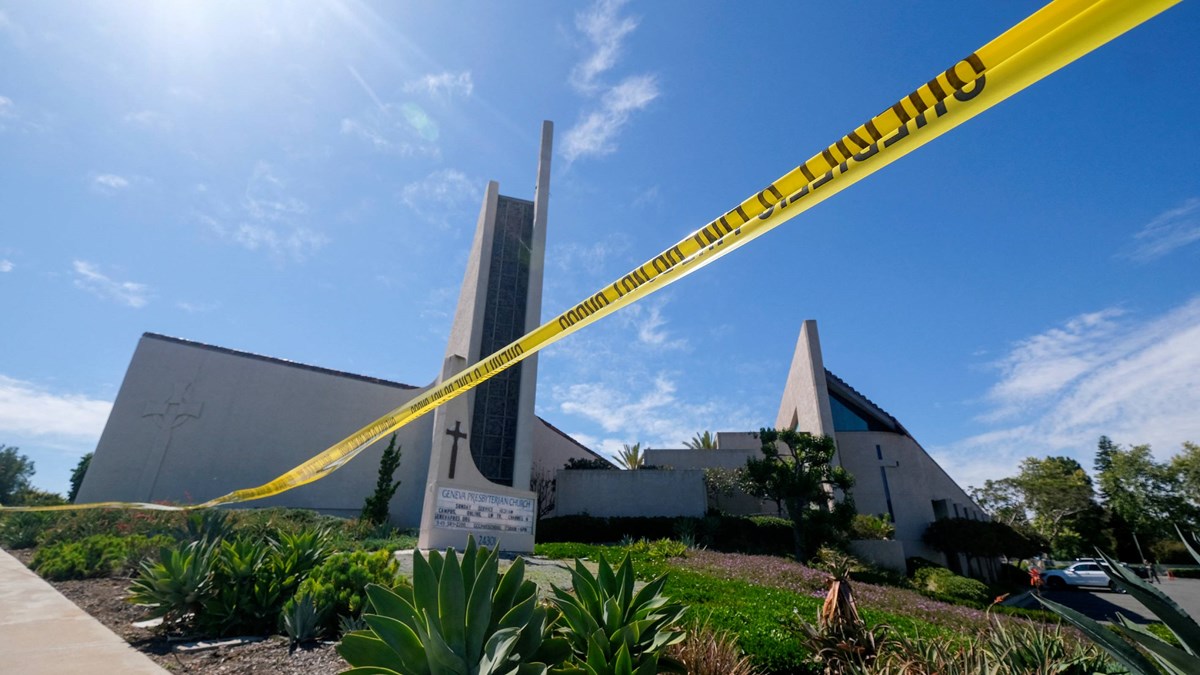 A Sunday celebratory lunch for the former pastor of a Taiwanese congregation in California ended in “grief and disbelief” when a gunman opened fire, killing one person and injuring five others.

During his visit from Taiwan, the longtime pastor of the Taiwanese Presbyterian Church in Irvine knocked down the shooter, preventing him from reloading and firing at more of the aging congregation, according to reports. The members were then able to use an extension cord to strap the shooter in and disarm him.

The incident happened at the Geneva Presbyterian Church in Laguna Woods, California, where the Taiwanese church has met for the past decade.

Sunday lunch – a tradition that had been put on hold during the pandemic – resumed in honor of the return of their longtime pastor Billy Chang. According to Los Angeles TimesChang was the pastor of Taiwanese Presbyterian in Irvine for 21 years and left in 2020 to lead a church in Taiwan.

Authorities said 30 to 40 members were gathered when the suspect, an Asian man in his 60s, opened fire with two handguns. The church’s current pastor, Albany Lee, told the New York Times that no one recognized the shooter and that it was the visiting pastor who subdued him. Several accounts describe Chang hitting the shooter with a chair.

The Orange County undersheriff applauded the church’s response as a display of “exceptional heroism and bravery” that prevented the situation from escalating. Investigators have not yet given a motive.

One person died at the scene and four were in critical condition on Sunday. One of them was slightly injured. The oldest victim was 92 years old.

“There is a lot of grief and disbelief among the congregation,” said Yorba Linda counselor Peggy Huang, who is Taiwanese American. Orange County Register. “It was meant to be a joyful occasion.”

The banner photo on the Irvine Taiwanese Presbyterian website shows about 150 church members posed in front of their sanctuary, almost all of them older and grizzled. The vast majority of Laguna Woods residents live in a retirement community called Laguna Woods Village.

“We use our own language and our own culture to worship God,” reads a message on Pastor Lee’s church website. “Although we do not have our own church, we are grateful to the Presbyterian Church of Geneva and their generosity in allowing us to share their facilities.”

“The Irvine Taiwanese Presbyterian Church is a family of love,” he wrote. “I hope all the siblings can get to know each other on a deeper level.”

A member of the nearby Formosan Evangelical Church in Irvine said the two congregations had a common family and leaders.

The attack came a day after a mass shooting at a grocery store in Buffalo, New York, and months after another fatal incident at a California church.

For Taiwanese Americans, the tragedy comes amid continued concerns for safety, especially for elders, amid anti-Asian violence during the pandemic.

“God have mercy. 1 dead, 5 injured at a Taiwanese church today in Laguna Woods, California,” tweeted Michelle Ami Reyes, vice president of the Asian American Christian Collaborative. “The life of another precious Asian image bearer tragically lost. How many shootings will we be forced to witness this month? »

The Faith Based Security Network has tracked more than 500 fatal attacks on churches from 1999 to 2018, and the number of incidents is growing every year.

“Churches are meant to be safe sanctuaries from hatred and violence,” Orange County District Attorney Todd Spitzer said. “That serenity was shattered this afternoon by a gunman who unleashed unspeakable violence in a place of worship.”