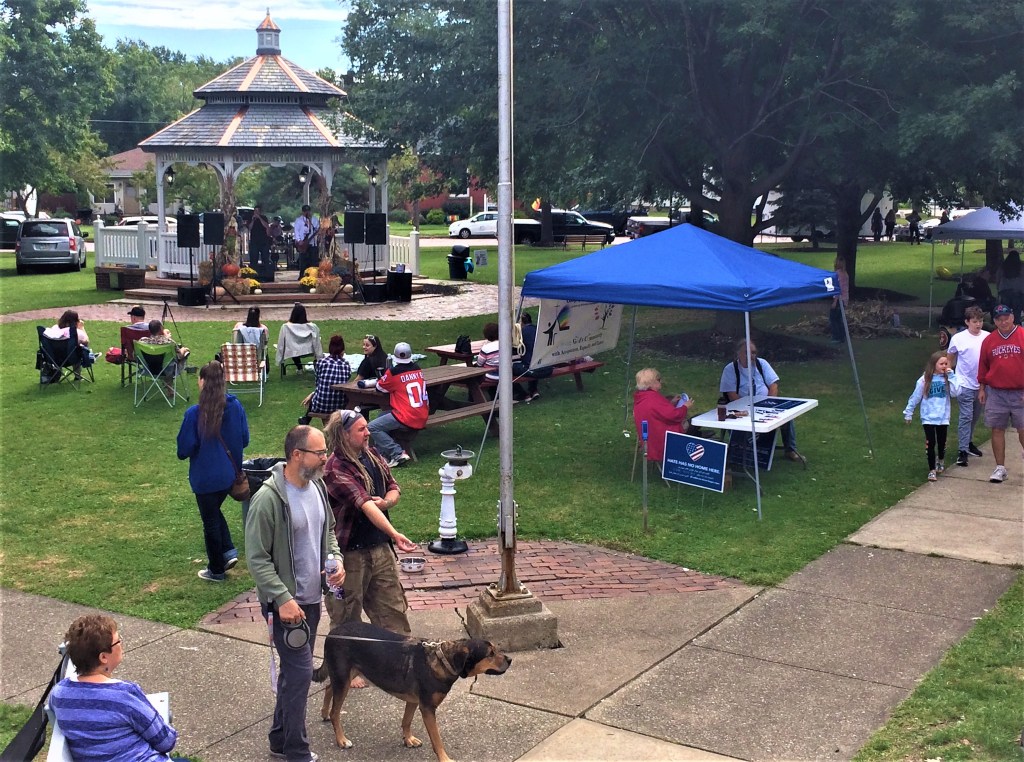 After a one-year absence due to safety risks caused by the novel coronavirus pandemic, Fairport Harbor Community Day returned to Memorial Park in the village.

Sponsored by the Fairport Harbor Civic Club, originally known as the Fairport Men’s Civic Club, established in 1935, the fall tradition has been going on since the early 1960s and features food, games and entertainment.

The civic club, which is celebrating its 85th anniversary (but in its 86th year), anticipates around 300 participants.

President Karen Bidlack said the village has been offering a community day for so long it has become second nature.

“It was about reaching out to the community by advertising the event through emails, Facebook, newspaper articles and posting signs throughout the community,” she added. â€œThe event includes vendors whose goal is to raise funds for their respective organization or church and has been formulated so that the community of Fairport Harbor can come together.

â€œWe have always believed that Community Day was unique because we provide a strong connection with individuals, groups, churches and businesses as a way to share what they have to offer,â€ Bidlack said. â€œOur village is constantly evolving. We have unique stores and we have a diverse culture of different ethnicities ranging from Hungarians, Finns, Slovenes and more.

Fairport Harbor police and firefighters held safety demonstrations during the day as the club sold their ‘famous’ Italian sausages.

In addition to the mix of features, the event coincides with Fairport Harding High School Reunion Weekend.

Previous classes are encouraged to announce their year of graduation as recognition.

Cats from the community of Fairport Harbor were also part of the festivities, which featured a variety of feline friends from the park who were ready to be adopted.

All proceeds received from the celebration are donated to the community of Fairport Harbor for scholarships, school supplies, library programs and special events, said Bidlack, who is the organization’s first female president.

â€œAs a group, we take care of the Easter community event and plan the Founders Day event, which recognizes a Citizen of the Year and a Golden Tag recipient,â€ she added. . â€œAt our dinner, which we are organizing in February, we also invite the police and firefighters to recognize their recipient. Our Citizen of the Year ends up being the Grand Marshal of the Fairport Mardi Gras parade in July.

“Our membership is open to all men and women over the age of 18 who believe in the community of Fairport Harbor and want to make a difference.”