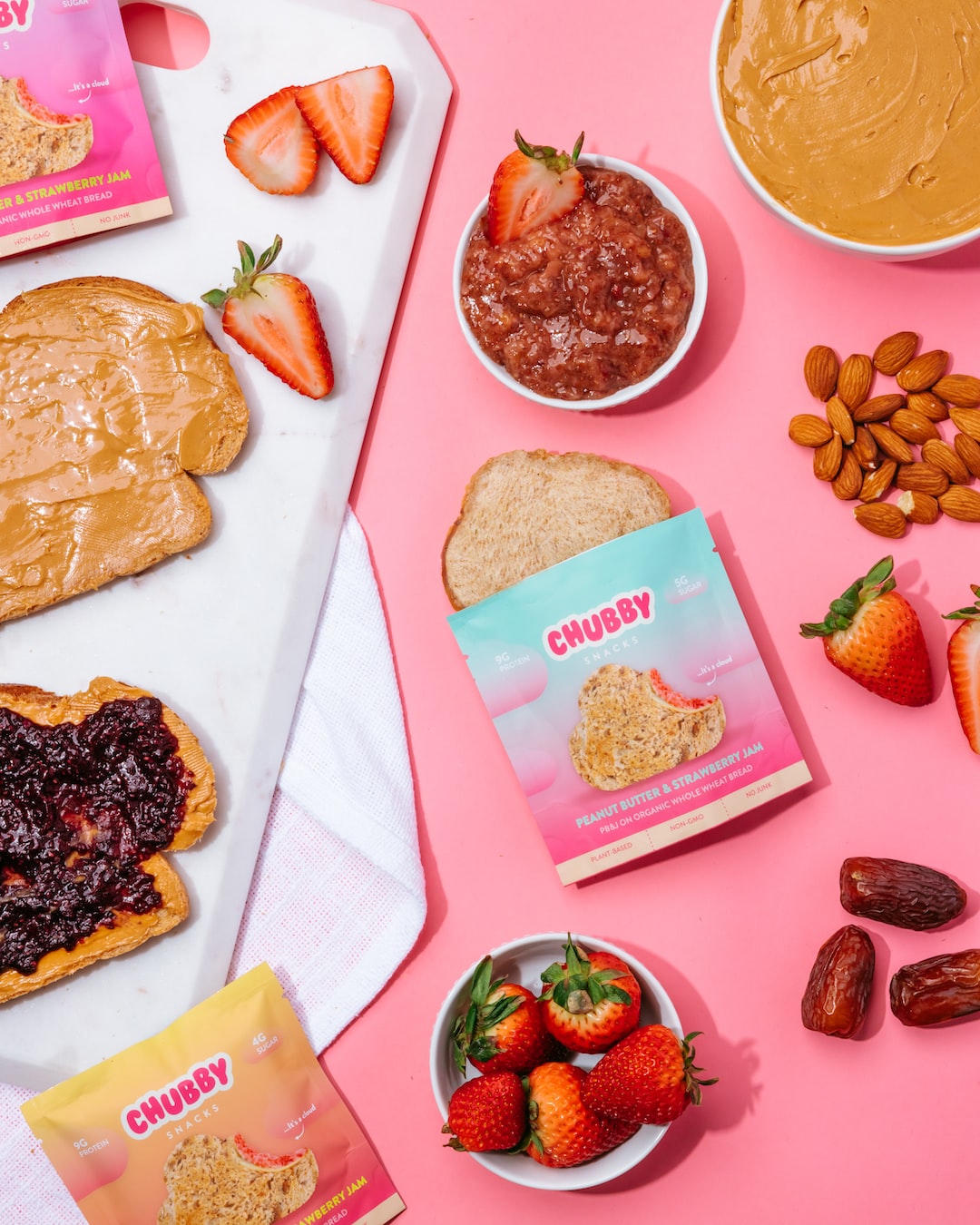 Fundraising Cookbooks have provided churches, schools, and nonprofits with a fun way to raise funds while highlighting members’ favorite recipes. In these books, the recipe contributions have been compiled into a simple book with typed and photocopied pages bound by a plastic spiral “comb”, a cool feature that allows the book to lie flat when opened while in use. you cook.

Most of the fundraising cookbooks in my collection were published in the early 80’s. The most recent is from 2000. Each book contains handmade recipes, but most of them also call for shortened ingredients like canned soup, powdered soup mixes (think Knorr or Lipton sachets), commercially processed (Velveeta) or canned cheese, chilled pasta.

There is a fun mishmash of recipes in these books, with some written akin to professional cookbook standards, while other contributions forgo ingredient lists and only contain a paragraph or two of bulk instructions.

Our favorite recipes, circa 1984, published for St. Adalbert Parish (1923 W. Becher St.) has a recipe for the appetizer, Puff Ball Mushrooms. The one-paragraph recipe simply asks the reader to “dip mushroom slices half an inch thick in a beaten egg, then cracker crumbs.” The next line asks the reader to fry in oleo (margarine), then sprinkle with onion powder and serve!

This recipe reflects the number of recipes that have been passed down through the generations, the â€œdo this and this and that until it looks rightâ€ approach. The St. Adalbert book was purchased by my great aunt Stella, a staunch member of the congregation. Most of the recipes in this book were submitted by people with Polish surnames, reflecting the demographics of the parish and neighborhood at that time.

There is a recipe in St. Adalbert’s book for Busha Egg Breadâ€”busha the Polish word for grandmother. Also, Easy Punchkas â€” punchka a probable misspelling of p? czki, the Polish term for donut â€” calls for a box of Pillsbury’s buttermilk cookie dough, deep-fried and topped with sugar.

This book also contains many great recipes for cakes, cookies, pies, and scratch-off baking trays, like bars and brownies. The low calorie recipe chapter begins with healthy options, then moves on to pizza, cheese delight, and various gratin recipes. Cheese Delight is an open sandwich made with cheese, bacon and tomatoes.

The Bay View Assembly of God 1980 Pioneer Girls Family Cookbook This is where my mom found her favorite chocolate chip cookie recipe. If his book fell to the floor, it would likely open on the warped, dough-spattered page with this classic’s recipe. My family was not involved with the Bay View Assembly of God, formerly in the Little Church at 2392 S. Woodward St., nor with the Pioneer Girls. If memory serves, we bought the book from one of my classmates.

Most of the main dish recipes from Bay View Assembly of Godcookbook contain meat, while the Beverages & Miscellaneous section has recipes for buttercream and Russian tea, the latter being a concoction of instant tea, Tang, mixture of Wyler lemonade and sugar.

My family acquired a Notre Dame High Recipe Book, compiled by the Friends of Notre-Dame high school. Notre Dame High was located next to St. Stanislaus Catholic Church on the south side of Milwaukee. The school closed in 1988. This book has a large assortment of recipes including a very good one for ratatouille, not exactly a household dish in the 80s.

It was also in this book that I caught a recipe for Excellent & Fast Crock Pickles. Can’t wait to try it with this farmer’s market local pickling cucumbers.

The most recent of my 2000 fundraising cookbooks is Valuable recipes, issued by the Catholic School and St. Paul Parish. The church is located at 1720 E. Norwich Ave. The school is also permanently closed. A coworker from my previous job in a medical clinic made a tough sell on this cookbook. I, along with most of my coworkers, generally gave in, as we did with coworkers whose children sold Girl Scout Cookies and frozen pizza.

Many of the dominant appetizer and snack recipes in Valuable recipes appeared on the break room table in this workplace. Chili Con Queso Dip (the star ingredient is Velveeta) and Veggie Pizza, where chilled croissants are pressed onto a cookie sheet, baked and topped with a mixture of cream cheese and chopped fresh vegetables. Duel of Taco Dip Recipes, an appetizer in every fundraising cookbook I have, has made several appearances.

Valuable recipes is a reflection of modern times. Working mom’s cheesy potatoes call for cheese whiz, potatoes and milk. There are several recipes for squash, a possible foreshadowing of food trends on the horizon. My favorite recipe from this book is Spinach Lasagna, which uses cottage cheese in place of ricotta, with tasty results.

A fundraising cookbook I would love to get my hands on, especially out of nostalgia, would be What’s cooking with the brewer’s wives? published in 1983. It features recipes from the wives and mothers of 1982 American League champion Milwaukee Brewers. (Yes, the Brew Crew was once in the American League.) Proceeds from the book were donated to several nonprofit charities selected by the Brewers’ wives.

My family did not have a copy of What’s cooking but we borrowed it from a neighbor. There we found our go-to recipe for Rhubarb Crunch, compliments of Sue Gantner, then wife of Brewers second baseman Jim Gantner..

Many of these fundraising cookbooks also contain inspirational or humorous quotes and tips for the house. But the treasure trove of recipes ranging from the simplistic – from wine made with Welch’s grape juice – to grandma’s old-fashioned orange cake, for more seasoned bakers, are the stars of these nostalgic books.

Are fundraising cookbooks still a viable way for organizations to earn extra money? Cookbook Publishers, Inc., the company listed in these books as “the world’s largest publisher of custom cookbooks,” still operates in Lenexa, KS, and still prints home cookbooks and fundraising books. More of these specialist editors can be found online. If a nonprofit were to produce a fundraising cookbook today, I would eagerly purchase one to add to my collection.

Different versions of taco dip were dominant in every fundraising cookbook I own. Contributions ranged from the simplistic, like sour cream and cottage cheese mixed with taco seasoning and served in a bowl, refried beans and a mix of seasoned cream cheese and sour cream artfully arranged in a saucepan, topped with lettuce, tomato and other vegetables.

The popularity of taco dip recipes in these fundraising cookbooks may reflect turn-of-the-century demand for convenient and quick snacks to bring to work or potluck events, as well as the growing influence of Mexican inspired food and snacks that emerged in the ’80s and’ 90s.

Taco dip could be one of the most versatile potlucks, parties, or game day snacks. He’s a hot seller, and rarely remains at an event I’ve ever attended. It can be as healthy or as naughty as you want it to be. You can use whole or low fat cream cheese and sour cream, and use as much or as little shredded cheddar cheese as you want.

Here is my taco dip recipe, inspired by a contribution to St. Adalbert’s Our favorite recipes.

Beat the ingredients together (I use an electric mixer for smoothness) and spread them out on a large serving platter or in a 9×13-inch baking dish.

Of a big tomato and a few slices of red onion. Arrange the tomato and onion over the cheese mixture. Slice a bunch of shallots (green and white parts) and sprinkle over the lettuce. Top with an ounce of sliced â€‹â€‹black olives.