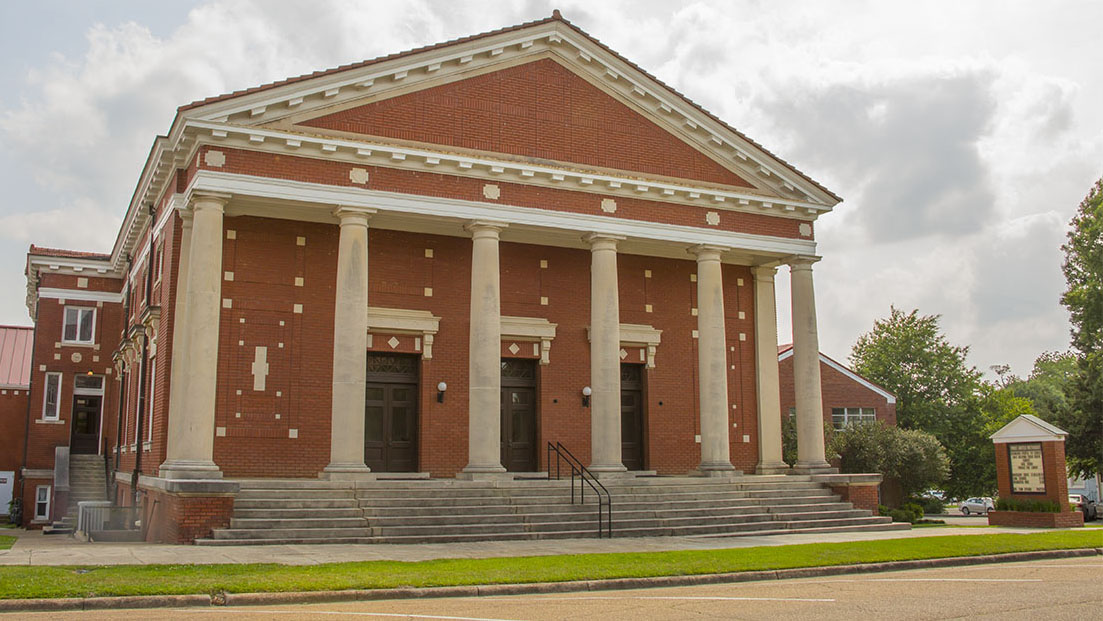 Anyone who knew Betsy Penn Smith, or even had met her only once, was quickly made aware that she had five great loves – her God, her family, her community, tennis and her church ( not necessarily in that order). She loved to share her faith, her love for Brookhaven and her pride not only for her five children, but also for the hundreds of “her” children whom she had taught at Brookhaven High School, trained in tennis or taught at school in Canada. Sunday. over more than 50 years.

But especially for those who had “Miss Betsy” for their Sunday school teacher, she treated them with love, encouragement and as true “lambs of God”, on whom she could transmit her love for Christ and her strong belief. in the Gospel. . She taught them the books of the Bible, running â€œexercisesâ€ to make sure they learned them, and when they were ready to move on to the next class, she gave them their own Bibles. It is a tradition that has continued to this day at Brookhaven First United Methodist Church.

In fact, Proverbs 22: 6: â€œTeach a child in the way he should go; and when he gets old he won’t stray from it, â€wasn’t just a line she often shared, but it was really the way she lived her life. She taught church children long after her own had grown up and had children of their own.

Since 1949, when she was baptized when she was just a child to join the church (having been part of the “cradle roll” since birth), she was an integral part of the first church. Methodist. A long-time member decades before he became “United,” she attended services every week, sitting in her usual place in the sanctuary until three years ago, when a major stroke left her behind. participation in services physically difficult.

But, her love for her church never left her. If there was a way for her to participate in a church activity, she did. When she could no longer help but write uplifting cards for the ministry of discipleship cards of the Alliance, which she had helped found, she attended meetings to offer her prayers on the cards. â€œPrayed overâ€ as they were sent to members for birthdays, anniversaries, illnesses, deaths of loved ones, and any other significant life event.

And yet, even after her passing in March of this year, she still cared for her family at Brookhaven First United Methodist Church from her heavenly home.

In her will, Ms Betsy left a bequest that she hoped would be used to pay off all of the church’s unpaid debts – promissory notes on the ministry center, old loans needed to pay off new roofs, loans in the short term to overcome the difficulties times. She wanted them all to be a thing of the past. And so, she issued a challenge – for every dollar put into the church building fund and used for debt repayment, her heirs would match it dollar for dollar, in an effort to enable the church to pay off all debts.

Just months after the announcement of the â€œBetsy Challenge,â€ as it has come to be known, the church received the last donations at the end of September, those needed to fulfill its last wish – Brookhaven First United Methodist Church now has no debt. And, to celebrate not only this achievement, but also the strong woman who meant so much to so many members of the church, there will be a note-engraving celebration on Sunday, October 17 at 5:30 p.m. in front of the church.

In addition to the retreat note, there will be a short service of thanksgiving, activities for the whole church community and a barbecue dinner.

“We want to honor Mrs. Betsy’s commitment to her church, and also celebrate the fact that so many members of our congregation wanted to step in and help us pay off all of our debts,” said Rev. Lynn Mote, senior pastor at Brookhaven. First UMC. .

â€œIt’s just amazing how quickly everyone jumped in after we announced this ‘challenge’, to step up their giving, while still continuing to pay their regular tithe. I think it’s a great testament to Betsy Smith, that so many people wanted to honor her and her legacy in this way, â€she added.

Discussing the finances of the church during an interview in preparation for the centennial of the historic church sanctuary in 2016, Betsy Smith recounted how her father, Sidney Penn, was chairman of the building committee when the church was looking to add a building education to church facilities in the early 1950s. She explained that one Sunday in particular, he and the other men on the committee went to each Sunday school class and asked everyone to pray about how much they might be able to donate for the new building. Betsy said that at the time of the regular church service at 11 a.m., her father was able to get up and tell everyone that they had received all the promises they needed to build the education annex. It was something that stood out for her – how the people in the church trusted God and then stepped up to allow them to continue to be disciples of Jesus.

She would be so proud to know that once again the faith-based family of Brookhaven First UMC has done it. She challenged them. They didn’t let her down.

The Rise of Desire for Church Shuttles – Lomabeat.com