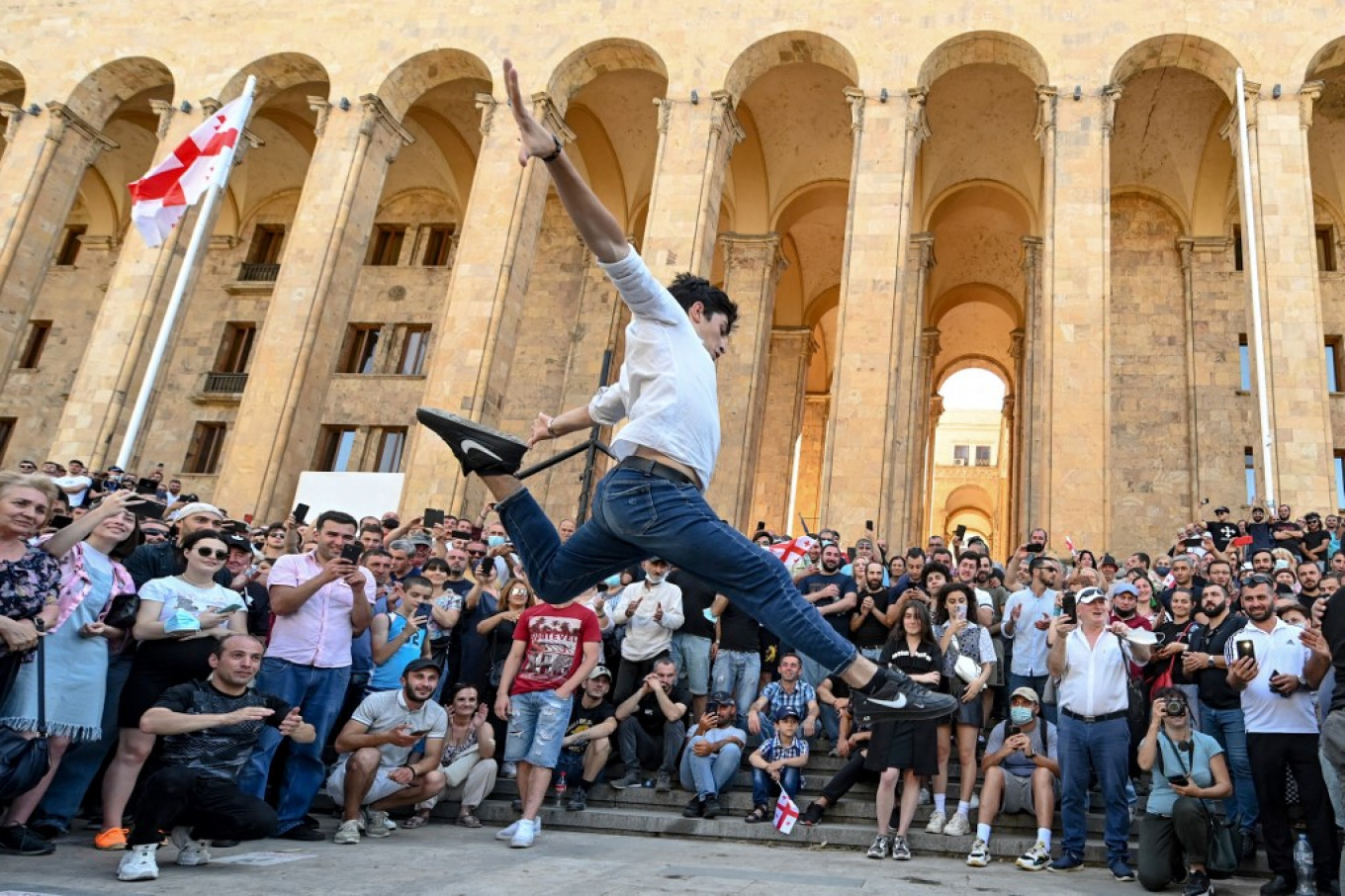 LGBTQ activists in Georgia said Monday they were forced to cancel a planned pride march after opponents clashed with activists and police and the prime minister spoke out against the event.

Pride events are still controversial in Georgia, a conservative country where the powerful Orthodox Church has previously clashed with Western-leaning governments on progressive social issues.

Hundreds of demonstrators took to the streets of the Georgian capital Tbilisi against a pride march that was scheduled for Monday evening.

They clashed with police and assaulted journalists in several locations, including outside Parliament and the United Nations representative office in Georgia, footage from Mtavari TV showed.

“We cannot risk human lives and take to the streets, which are full of violent attackers,” organizers said in a statement on Facebook, announcing that “the march will not take place today.”

Their statement added that the offices of the Tbilisi The Pride organization was also raided by “homophobic attackers”.

Prime Minister Irakli Garibashvili spoke out against the march on Monday, calling it “unacceptable to a large part of Georgian society”.

“Holding the so-called pride march is unreasonable as it creates a threat of civil confrontation,” Garibashvili said at a cabinet meeting.

He also accused the opposition parties and ex-president in exile Mikheil Saakashvili of trying to provoke civil unrest.

“The opposition led by Saakachvili is behind the pride march, which aims to provoke civil clashes and unrest.”

These organizations are seen as supporters of the ruling party and have staged protests against pro-Western opposition parties.

The Orthodox Church had called on its supporters to gather Monday afternoon for a public prayer against the pride march.

The US and EU diplomatic missions in Georgia, as well as the embassies of 16 other countries, issued a joint statement last week urging the Georgian government “to guarantee the right of peaceful assembly to all residents of Georgia without exception “.

Twenty-eight Members of the European Parliament called on Georgian authorities in a letter last week to guarantee pride protesters the “right to freedom of expression and peaceful assembly”.

In 2019, hundreds of far-right activists burned rainbow flags at Tbilisi, to protest against the screening of an Oscar nominated gay-themed film.

In 2013, thousands of ultra-conservative supporters of the Orthodox Church disrupted a Tbilisi rally to mark the International Day Against Homophobia.

The activists had to board the buses provided by the police to escape the crowds, who chased them through the capital’s main square, throwing stones, smashing windows and threatening to kill them.

The next day, thousands of Georgians signed an online petition demanding that the perpetrators of the violent attack be prosecuted.

Georgia decriminalized homosexuality in 2000 and anti-discrimination laws were passed in 2006 and 2014.

Upper West Side: See this week’s upcoming events in the area

Fall weekends and Halloween activities in B / CS – WTAW

Synod a time to “listen with our hearts and not just with our ears”: Archbishop…