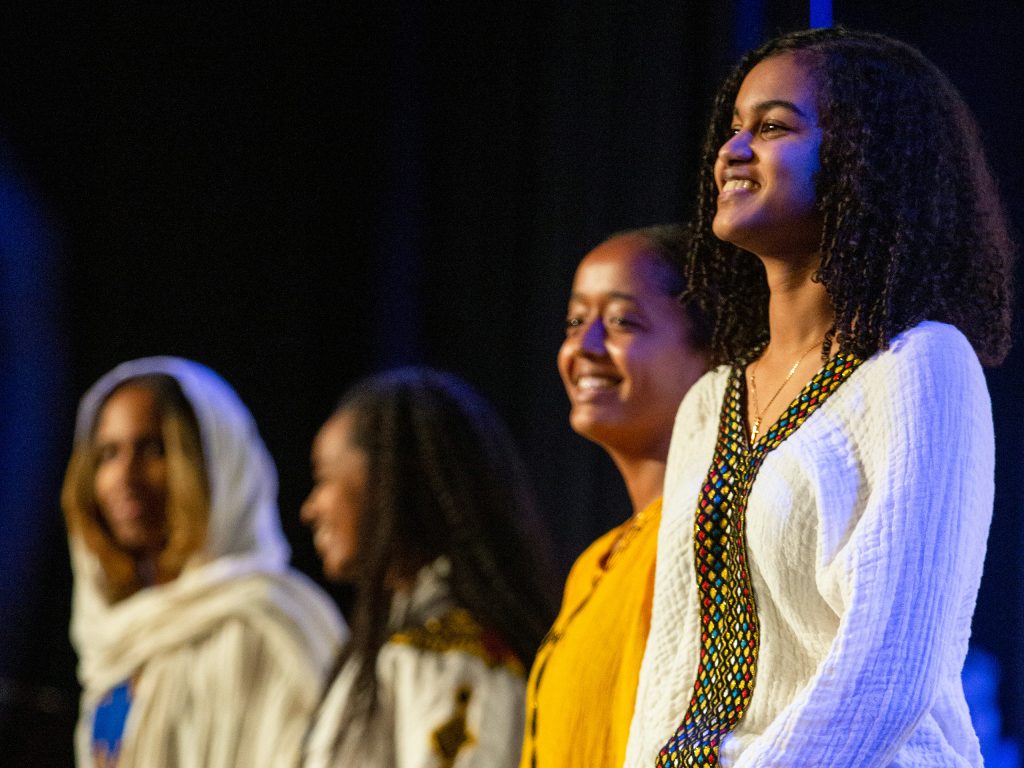 Habesha (haa buh shuh) is a term used to refer to those of Ethiopian and Eritrean descent. It is a term of pride that is used to eliminate the distinction between different tribes and celebrates the unity of all who are descended from the same region of Africa. During their tenure at Bishop O’Connell High School in Arlington, a group of students noticed an increase in the number of Habesha students within the community. After establishing the idea of ​​a club, they brought together classmates and refined the mission of the Habesha Student Association (HSA).

“We thought it would be beneficial to start a club that would allow students to come together, discuss our culture, and reflect that on the O’Connell community,” said HSA historian Abigail Yacob. “We hope that through this we can encourage other communities to do the same.”

All O’Connell students are welcome to gain knowledge and experience of Habesha culture. Once or twice a month, club members get together to learn everyday vocabulary, traditional dances and dishes, and discuss Habesha news around the world. They also compare and contrast the Ethiopian Orthodox Church and the Catholic Church.

Although only formed in mid-November, the HSA has made a big impact by organizing a plethora of gatherings filled with upbeat music, traditional foods, and the sharing of cultural knowledge and experiences. As a result, the number of members has increased considerably. The club had the opportunity to show off its culture by participating in a fashion show during the school’s Black History Month Assembly and providing traditional music to play in the hallways on Fridays. Throughout Black History Month, the HSA filled a display case with Ethiopian Coptic art and artifacts. The eye-catching display brought students and faculty to the Trinidad Street hall to learn more about Ethiopia’s Orthodox origins.

The Habesha impact doesn’t stop there. For several years, Ethiopia has been experiencing political unrest. Many people have lost their lives to senseless violence, while others live in fear and lack basic resources. In mid-February, the HSA organized a collection of school supplies and clothing for the Ethiopian population. In addition to supplies provided by the O’Connell community, they raised over $1,000 for these efforts. Club members went to local stores and filled shopping carts with more school supplies and needed goods.

“My favorite memory was the astonished look of Target employees when we told them what we were doing and why,” said Rebecca Tamirat, club secretary. “It instilled a sense of pride and honor to give back to my community.”

The HSA was founded not only to develop stronger relationships with Habeshas at school, but also to strengthen the O’Connell community by embracing the culture. Additionally, he is on a mission to give back to Habeshas around the world. As the club continues to thrive and grow in numbers, the board is determined to maintain the focus on impact and contribution. They also hope their actions can influence other Habeshas in schools across the diocese to make a difference together. The many accomplishments of the HSA have been a vital part of cultural change in the community and will continue to do so for many years to come.