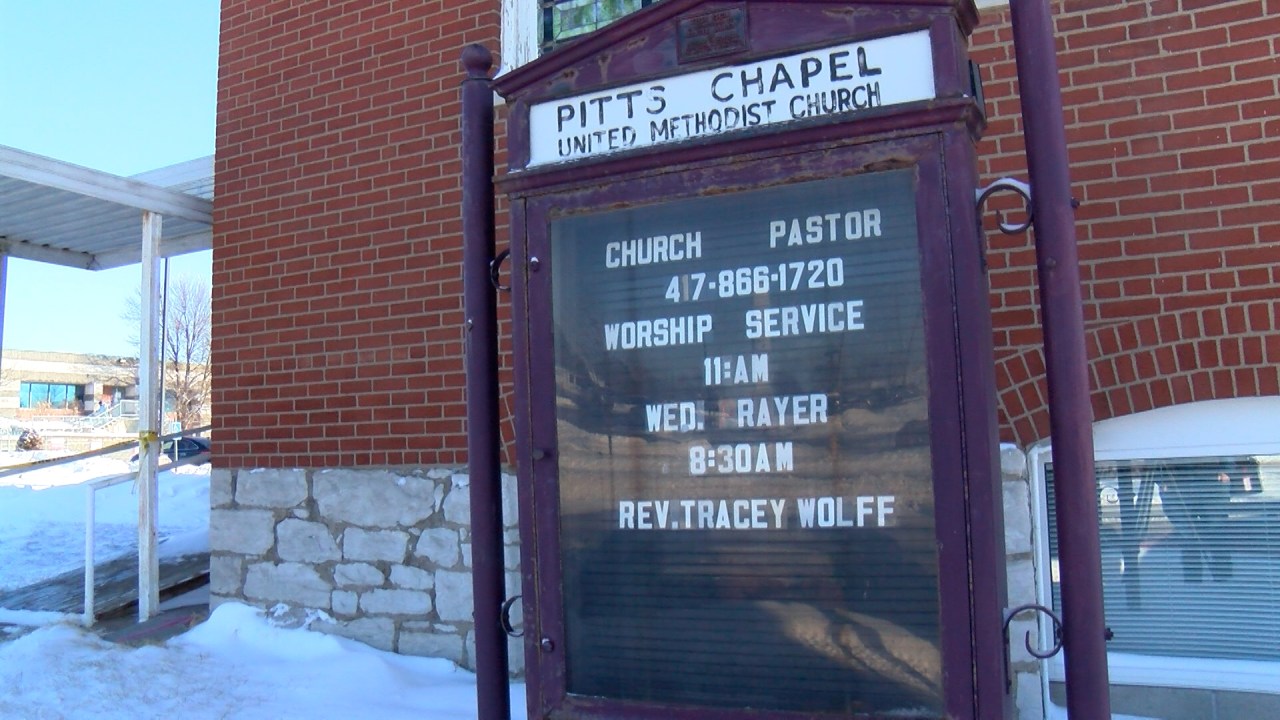 SPRINGFIELD, Mo. – A church formed by slaves in the 1800s is being repaired. This Black History Month, OzarksFirst receives an update on the renovation project for one of Springfield’s last historically African-American churches: Pitts Chapel United Methodist Church.

OzarksFirst stopped by Pitts Chapel two years ago and saw water damage to the ceiling and rubble on the stairs and walls. The plaster fell quite often from the ceiling of the sanctuary.

John Huddleston, a member of the church, remembers how extensive the damage was in this building.

“Big chunks [of plaster]were falling,” Huddleston said. “There’s quite a bit there. Can you imagine a piece of plaster the size of this seat falling through the ceiling? »

Huddleston says he couldn’t believe what he saw. He’s been going to Pitts Chapel since he was six.

“This is my home,” Huddleston said. “It’s my house, yes. Absolutely. My second home. This is where I am familiar. It means a lot because, as I said, the members are strong community people. The church is a solid building within the community, one of the few remaining and the people here love it. I mean we contact them and they contact us, so it’s just part of the community.

Three years ago, he began helping oversee renovations to the chapel. Construction crews are working to repair the ceiling and walls of the shrine and install new stairs and doors.

“To take on a project like we had this project here, you need two things,” Huddleston said. “It takes trust, a lot of ability, believing in each other and then reaching out to those who can help us. To see our church come back as it is, and the building that’s going on, that’s really, really beautiful and good.

La Chapelle has launched a fundraising campaign in 2020.

“No one expected Little Pitts Chapel to raise nearly $250,000, but we almost did,” said Senior Pastor Tracey Wolff. “It’s not about money, space, it means God has something in store for us and we’re thrilled about it.”

Pastor Wolff says the current project has not stopped services. He only moved them to the basement.

“Pitts Chapel Stays Alive tells Springfield that the black community is still alive,” Pastor Wolff said. “We’re still here, and as many of my members like to say, we’re not going anywhere. We’re going to be a big part and we’re a big part, we’ve always been a big part of Springfield and we will continue to be.

There are two ways you can help support Pitts Chapel’s efforts to resume prayer at their sanctuary:

“What it will mean to the congregation to be back in sanctuary, you can only imagine what it is like to be in your church but not be in your sanctuary for a year,” said Pastor Wolff.