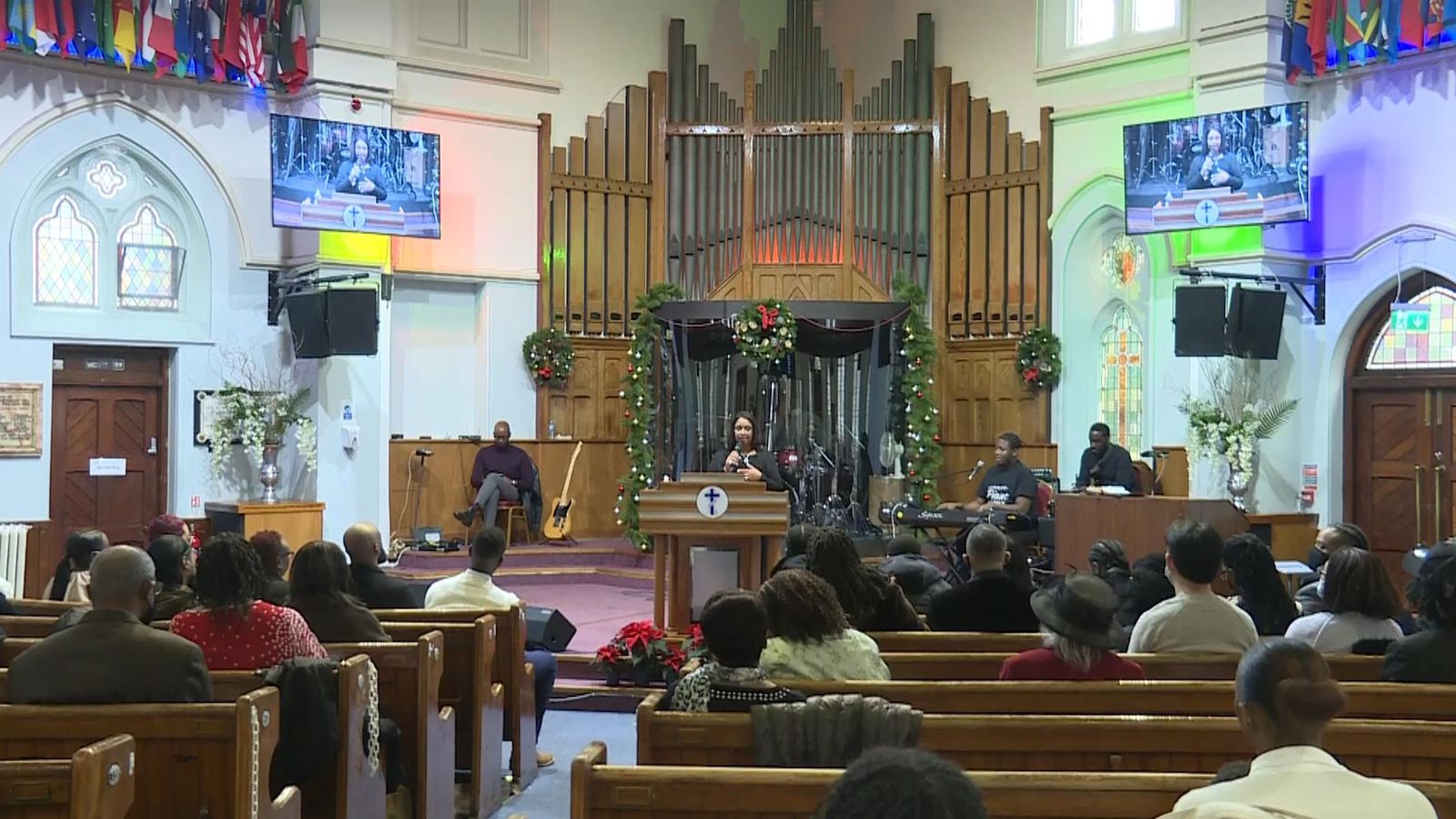 The origin of the Black Church is often debated, but one thing is certain, it was the arrival of the Windrush generation that brought about their growth in England.

The New Testament Assembly in Tooting, south London, is one such church.

It was founded out of frustration in 1961, by Bishops Melvin Powell and Donald Bernard, after many Windrush generation found themselves facing rejection of the existing churches in England.

“My dad would tell me stories, horrible stories about the types of rejection and the negative experience they had when they first arrived,” says Bishop Delroy Powell, who now heads the church.

“They were told that their presence made the devotees uncomfortable, and they were advised not to return, which forced many of them to open their own place of worship.”

These “houses of worship” were often just that. People gathered wherever they could to worship God – in living rooms, storefronts, or community centers.

“You could say that a lot of black churches that started in the 1960s were the result of the racism they suffered,” said Bishop Powell.

For many of this generation, the black church was the only space they could call their own and became a cultural center where they could support each other spiritually, emotionally, and sometimes financially.

Bishop Powell explains that when “they could not afford to buy property, they would raise their funds and raise enough for a deposit.

“Then they would share those properties until the next person could move out independently.”

It is a hub for anyone in difficulty, working alongside the local authority to provide mental health support, as well as helping people with immigration or housing issues. And, in recent years, to fight against violence among young people.

Associate Pastor Andrew Wignal said: “Unfortunately for me over the past few years I have had quite a few funerals for young people and victims of knife and gun crime.

“Normally the place is inundated with young people, you know, their friends who don’t know how to channel this horrible heartache.”

He says the church provides these families with a “safe space and safe haven” to support them on their journey and make sure they don’t feel alone.

It’s a feeling that the pastor says is crucial for the Christmas season.

The church also operates a nearby community center, which works with elderly members of the congregation who may be alone, providing hundreds of Christmas baskets for those in need.

Their doors are “open to all,” says the pastor.

This time of year is an opportunity, he says, to “thank God for bringing us through what has been a difficult year for many for all of us, while still being grateful to God we are going through in 2022”.

Robert H. Grubbs, 79, dies; His breakthrough in chemistry won him a Nobel Prize