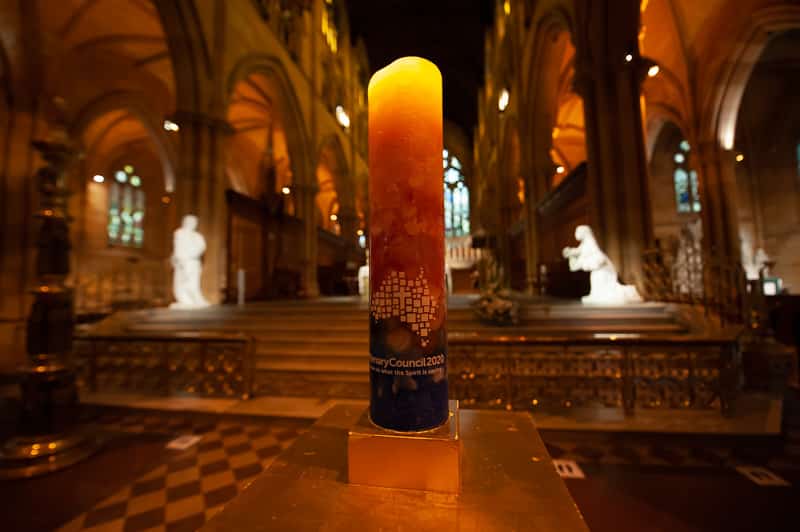 How will the Second Assembly succeed?

If the first meeting of the Plenary Council is indeed in the rearview mirror, this week saw the conclusion of an important stage of transition between the two assemblies.

Without doubt the most important period of the whole Council begins now.

The goal was for each of the four groups to write proposals for voting at the second assembly, as well as to compose substantive theological statements and possibilities for “further work” after the close of the Council.

Take, for example, the work of writing group B, whose emphasis was on ministry and servant leadership. Its four themes were Leadership, Structures, Seminars and Vocations.

“The second assembly will have 16 items to consider during its July 4-9 sitting days. Bishop Bird anticipates that each subject will be dealt with in just a few hours. »

Under each of these four topics, a staggering amount of material from the first assembly is collected. For example, Vocations includes, among other things, the possibility of a “ministry of preaching” to enable lay people to preach at Mass, the ordination of married men to the priesthood and the ordination of women to the diaconate.

Under Structures, the group examined the technical and costly elements of church governance, synodality, and the redistribution of resources from larger and wealthier urban dioceses.

Each of these subjects may be the subject of its own plenary council, but will rather be reduced to one or two proposals to be submitted to the vote of the second assembly.

The work of the drafting groups has just been completed and it is now the central drafting committee that takes over. The chairman of the committee, Bishop Paul Bird CSSR of Ballarat, spoke with The Catholic weekly on how this “distillation” – his preferred term – takes place.

The second assembly will have 16 topic titles to consider during its July 4-9 sitting days. Bishop Bird anticipates that each subject, with its corresponding proposals put to the vote of the assembly, will be dealt with in just a few hours. Editorial groups and the editorial board must work with this limitation in mind.

“I don’t think there will even be time for an in-depth discussion,” he said. “You could have a session in the morning, and that’s when we look at this topic. That’s about as long as we have to get to that, if we want to get to the other 15 topics.

“It’s a big challenge for all of us! It is in a way the task that we have set ourselves.

The process from here, Bishop Bird said, is to “try to put [the propositions] in one form and then in the coming months, I think, I expect there will be another distillation – when we get feedback from the steering committee, and from wider members of the church community, and council members themselves.

There is no doubt that the editorial and steering committees have their work cut out for them. But three challenges in particular stand out. First of all, the material of the first assembly is divided into group reports and individual proposals, and it is not entirely clear how they should be weighed against each other.

Group reports are the products of open spiritual conversations. They’re far-reaching, more progressive, and in some cases read like meeting minutes or wish lists.

“Bishop Bird said the drafting process was not necessarily trying to capture majority opinion, but rather sought to formulate proposals that would achieve ‘general consensus’ at the second assembly.”

Individual proposals tend to be more concrete, more specific, more conservative and reflect the desire of some of the delegates to reinvigorate or strengthen traditional practices.

What are the preferred elements? Individual or collective?

Moreover, when incompatible positions arise on individual issues – such as positions for and against a controversial issue like the ordination of women to the diaconate – how does “distillation” work to reconcile them? Bishop Bird said the drafting process did not necessarily try to capture majority opinion, but rather sought to formulate proposals that would achieve “general consensus” at the second assembly.

“Our task is to try to anticipate, to find words that we believe will express what, so far, we feel the full Council wishes to say,” he said.

“One way or another, I think we have to sound out the minds of the Council… There’s not much point in putting forward proposals that don’t have broad support.”

However, of the 78 First Assembly proposals “distilled” down to about 16 through the writing process, Bishop Bird said “we really don’t know what has a lot of support and what maybe only a few people support” .

This means that the time remaining before the second assembly must involve, in various ways, judging which issues are important to delegates, predicting which formulations are likely to succeed, and rewording proposals and other documents accordingly.

A huge responsibility for discerning (if not explicitly shaping) the spirit of the Council, balancing competing positions and gaining support for final proposals rests with the Editorial Board, Plenary Steering Committee and Expert Advisors – notwithstanding public invitations to comment on the proposed texts.

The second major challenge: Without time to discuss, unpack and debate proposals on the floor of the second assembly, delegates will need extensive preparation and training and a clear set of expectations on what can actually be done.

The risk of high hopes collapsing in July is very real. The small group proposals, in particular, suggest a much broader and deeper desire for church reform than can be encompassed in 16 proposals considered over four or five working days.

“Some questions which cannot be finally decided by vote could be referred to specialists after the Council for further research.”

“That is why it is important that as much work as possible is done in advance, so that people will certainly know about it,” Bishop Bird said.

Some issues that cannot be finally decided by vote could be referred to specialists after the Council for further research, he added.

It could also be that some proposals, such as the call for regular diocesan pastoral councils, are “a specific way of responding to a general desire for greater involvement of more people in governance.”

The third challenge relates to the theological method of the Plenary and how the Catholic Church in Australia understands the Holy Father’s emphasis on ‘synodality’.

The plenary was, after all, Australia’s response to Pope Francis’ call for a more synodal church.

The proposals from the first assembly have been “distilled” by the drafting groups, and are now going up the chain to the drafting committee. They will soon go to the steering committee, which has the final say on the texts, according to Bishop Bird.

However, although it is responsible for finalizing the proposals, it is not the steering committee that then “proposes” them to the Board for a vote.

Instead, Bishop Bird said, “A text under each title will be submitted to the Council. If you want, the Council imposes itself.

The Council discerns the spirit of the Church, proposes motions, then votes on them; this approach is entirely consistent with the Plenary’s “community discernment” methodology, which preferred “in-depth listening” to debate.

The risk is that by the time the proposals reach the second assembly, the sheer weight of discernment may well mean that there is no good theological justification for a delegate to vote no placet – no thanks.

“However, although it is responsible for finalizing the proposals, it is not the steering committee that then ‘puts’ them to the Council for a vote.”

In other words: the proposals, it is the Council which imposes on itself what it believes to be the will of the Holy Spirit acting through the efforts accumulated in recent years.

The proposals represent more than mere positions on which delegates could reasonably agree or disagree.

So wouldn’t the non placet indicate that a delegate not only disagrees with the proposal as written, but also with the discernment process that led to it?

Bearing this in mind, how the Council handles discord at the second assembly and after needs to be watched closely, particularly as an indication of how a more synodal Church might do the same.

After all, the ultimate measure of the success of the Plenary will be whether the Church grows in its understanding of synodality, so that we can move beyond buzzwords.

3 Reasons Your Community Isn’t Listening to Your Church