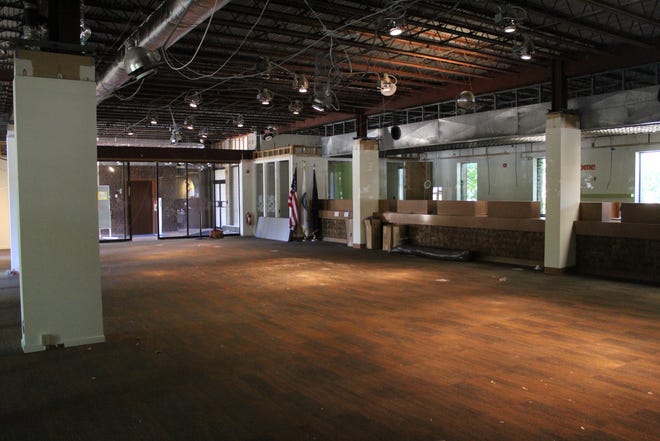 HOWELL – Residents will soon be able to access the services they need on the first floor of City Hall, once the planned move to the lower level is complete.

At its July 25 meeting, the City Council approved by a 6-0 vote a plan to move staff offices and take over the now vacant Huntington Bank space on the first floor. The cost of the move was capped at $65,800.

The move will also allow the city to lease the second and third floors of the building.

Huntington Bank operated on the first floor in 2021, but its lease ended in December and the branch closed.

According to City Manager Ervin Suida, a feasibility study was carried out to ensure that the move would be possible.

“It’s quite open, so this space is already open and then there are walls here. We’re actually just pushing back the existing walls,” Suida said.

Once the bank vacated the space, Suida said, the city put the space on the market, but officials quickly discovered the storefront was difficult to rent due to its size and drive-thru.

Additionally, city officials realized that there were several problems with having city services on the upper floors.

Clerks, for example, have to be at the counter to help people with things like park passes, according to Suida.

Suida also noted that accessibility is a major issue, saying that if the elevator breaks down and people can’t get up the stairs, a staff member should come downstairs to attend to any needs.

“Through this discussion process we decided it would be better because we can combine the front and we’ll have someone there all the time and then we’ll just have better coverage of the office area and then we can rent out both floors, so we can essentially double our rental income,” Suida said.

“They think renting the floors to architects, engineers, professional companies like that, is going to be a lot easier,” Suida said.

What does this mean for residents?

Currently, the plan is in the design/construction phase by Lindhoudt Associates. The city plans to pay for the work with a deposit and reimburse it with rental income.

Suida said he hopes to send the project up for auction by October, with bidding opening in November and construction beginning in December or January, and moving in the spring.

According to Suida, the hours of operation of city offices will remain the same throughout the construction process. He hopes the moving process will take place over a weekend and residents won’t even notice.

“What’s great is that with this plan, everything works the same way, so everything is built and we continue to operate. Second floor for finance and public services, third floor for the city manager. We We’ll be there. No elevator, no stairs,” Suida said.

The future projects of the town hall

Other plans for City Hall under discussion, according to Suida, include moving the council chamber from the basement to the first floor where the police department is located.

“It will give us a lot more capacity for participants,” Suida said.

The police department would move elsewhere in the building, but where has not been determined.

“Right now a lot of their business is also done in the basement, so getting that out of the basement is always a plus,” Suida said.