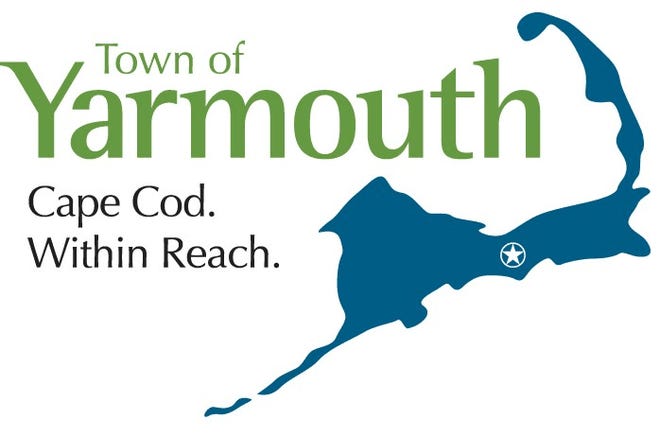 July 1 Telegraph Cable from Vineyard Sound – Hon. James Buffinton received an official letter from Secretary Boutwell in Washington on Friday, saying: “Instructions have been sent to the captain of the steamboat Moccasin to provide the necessary assistance to relay the Vineyard Sound telegraph cable.”

July 8 Attacked by a bull – Mr. Joshua S. Bowman, of West Falmouth, was attacked by a bull and seriously injured on Thursday. Mr. Bowman had driven his cattle into the yard for the purpose of harnessing a pair of oxen, and for no apparent reason the bull went up to him, knocked him over with its horns, and gored him once or twice. , breaking two ribs, and seriously injuring him. It is fatally dreaded.

July 15th Bluefish have, for the first time this season, appeared in the harbor and have in large quantities, and have of course also hunted mackerel, which is bad as a result of the absence, so far , of this deadly enemy, who had stayed longer than usual.

July 22 Yarmouth – Big improvements are underway at the campground. Mr. Berry has built eight beautiful cottages for the Provincetown holidays, and has already completed about 30 in all. He is now erecting a two-storey building measuring 40 by 38 feet, topped by a dome, which will be used by the Association for a post office, committee rooms, etc. The large number of men employed in this process makes the place appear busy and lively.

July 22 Yarmouthport – Human and enterprising citizens of this village are circulating a subscription newspaper to restore the old pump and watering hole at the corner of Hallet and Summer streets to their pristine condition – a most commendable undertaking.

July 2 Provincetown – Famous novelist and playwright Mary Roberts Rinehart from the Provincetown colony is in serious condition following major gallstone surgery on Sunday morning. The famous author was suddenly struck in her apartment at the Belmont Hotel in New York City and rushed to Alston Sanatorium in a private ambulance. Ms Rinehart, who is writing a new novel, arrived in New York four days earlier for a brief visit.

Yarmouth Camp July 9 – Saturday. On July 30, a Portuguese rally is planned. Last year a similar meeting took place which turned out to be very interesting, and many are expected to attend.

July 16 Orleans – The Old Home Week committee held its weekly meeting on Thursday evening and the committee reports are very encouraging. Milo Burke’s group was engaged for the whole week. A dance floor is to be built on the land next to the HK Cummings store and a 60 x 120ft tent has been hired to cover this. There will be a surf boat exercise by the In Town Cove Coast Guard as well as boat races and water sports. Governor Cox has reserved Thursday, August 18, which will be celebrated as Governor’s Day. Several indoor games must be played during the week and there will be a contest, at Ms. Hammatt’s camp in Orléans South. One day of the celebration, there will be a clam cooking, with all the accessories.

July 23 East Dennis – We welcome the sun, and its appearance has made swimming a popular pastime again. Old Glory floating in the breeze from the many cottages on the shore and neighboring residences is very pleasing to the eye and adds excitement to everyone. “May she shake forever.”

July 30 Dennis – The Sign of the Motor maintains its well-known reputation as the inn of exclusive Cape refinement and charm this year.

July 1 A large crowd gathered in the lobby of the old Belmont Hotel last Saturday morning, but there were only two bidders for the old seaside resort in Harwich. Bass River Savings Bank, the first mortgage lender, had the highest bid of $ 775,000 for real estate. They paid an additional $ 55,000 for the furniture. The real estate includes twenty acres of land including 1200 feet facing the ocean. Bass River Savings’ first preference would be to sell it at the right price: to a party interested in redeveloping the neighborhood and / or renovating the Belmont.

On July 8, the Dennis Conservation Commission this week announced the donation of 3.4 acres of salt marsh on the east side of the Swan Pond River to Dennis Port. The land is between Lower County Road. and Rt. 28 and was donated by Lawrence B. Beals of Yarmouth. There is a right of way. Commission Chairman Norton H. Nickerson said it was the first such gift along the Swan River.

July 15 Four paintings of primitive ships by the late Orin Shiverick, grandson of the famous clipper builder in East Dennis, were donated to the Dennis Historical Society by Percival A. Sears of East Dennis. While the familiar song of Robert Eldred’s auctioneer “Going-Going-Gone” was heard by antique buyers in many states, Mr. Sears’ highest bid saved the paintings of the ship leaving Cape Town . The four paintings offered by Mr. Sears in tribute to his mother, Jennie Crocker Sears, 102, and his late father, Russell A. Sears, will be on display in the historic center owned by the town of Josiah Dennis 1736 when the Works of interior restoration are completed.

July 22 Relocation of the former Barnstable Prison from its current location on Old Jail Lane to land behind the Donald G. Trayser Memorial Museum is closer. The city now has the money to do the job. Louis Cataldo, chairman of the Barnstable Historical Commission, announced this week that the US Department of the Interior had granted “national registry” status to the former prison and allocated funds corresponding to the $ 10,000 voted by the city. two years ago. The prison, first known in the Plymouth Colony and built between 1690 and 1700, is of solid oak and planks, typical of 17th century architecture. The interior walls near the cells bear deep engravings of sailboats and arrow marks made by prisoners

July 29 Seven years ago, someone told Tom Hague of West Dennis that the old bottles he encountered while working as a landscaper were. . . “An accident”, because Cape Town was simply not an antique bottle hunter’s paradise. But Tom was intrigued by his discovery and continued to delve into Cape Cod’s past, when and where he could. Tom found that searching for a glass treasure was not only fascinating, but also therapeutic. It wasn’t long before his wife, Donna, and the rest of their family hungrily digged with him. Now, seven years later, a glance into any room in Tom’s house on Church St. in West Dennis, or one of the adjacent outbuildings, will instantly reveal just how told Tom that the old bottles shouldn’t be wrong are on the Cape. Tom says his collection, which number in the thousands, and all dug within a forty mile radius of his house, is not large compared to some of the collections he has seen. Tom’s collection includes free blown bottles, common before the Civil War, and valuable cobalt blue medicine bottles. A few of his patented medicine and bitter bottles still contain their original potions.