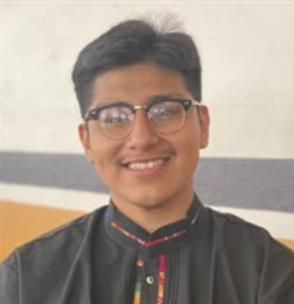 Leonardo Pascual, 19, killed in an accident Monday night in Dayton

Dayton Police Department Traffic Investigator Sgt. Eric Ewton, a Honda Civic driven by Mr. Pascual, was negotiating the curve on Able Drive just off the Hiwassee Freeway (Highway 60) when he lost control of his vehicle and rolled off a steep embankment.

The car came to a stop on the driver’s side. Mr. Pascual was partially ejected from the vehicle. He was not wearing a seat belt.

sergeant. Ewton said the accident is still under investigation by his department.

Mr. Pascual has lived in Dayton most of his life and was a graduate of the class of 2021 from Rhea County High School. He played college and high school football in Rhea County. He was employed at Suburban Manufacturing on the assembly line. He enjoyed playing with his nephews and nieces, swimming and being outdoors. He attended St. Bridget’s Catholic Church in Dayton.

He is survived by his mother and father Pablo Nieves Salazar and Silvia Pascual Peña, his two sisters, Rosalba Nieves and Vanessa (Rafael) Lopez, both of Dayton; his brother, Javier Nieves; his maternal grandparents, Juan Pascual Sanchez and Dolores Peña Velasco from Mexico; and several nephews and nieces.

The funeral will be held Friday at 11 a.m. at St. Bridget’s Catholic Church with the Reverend Father Jim Vick officiating. He will be buried at Rhea Memory Gardens.