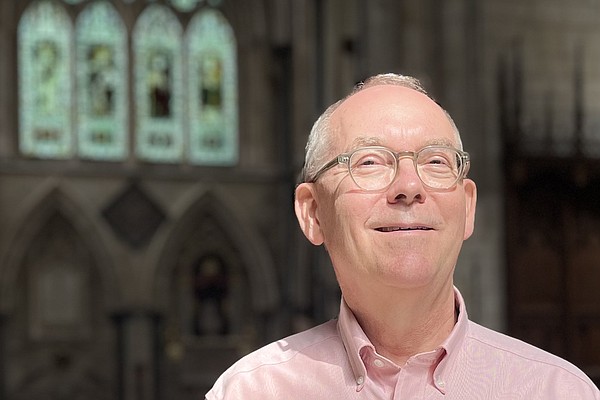 LONDON — Elizabeth II was not only Queen of the United Kingdom, she was also supreme governor of the Church of England and defender of the faith.

Each member of the Anglican clergy took an oath, not only to God, but to God’s anointed, promising “to be faithful and to bear true allegiance to Queen Elizabeth, her heirs and successors, according to law” .

As a result, his death on Thursday, at age 96, was more than the loss of their monarch; it was also the loss of a spiritual model.

Elizabeth II ruled the nation for 70 years, longer than anyone before her. During her reign, she aroused affection rather than fear.

“She embodies stability and continuity, but also [was] a woman of faith, hope and love,” said Reverend Russ Snapp, originally from Arkansas who now lives in London.

The retired Episcopal priest attended a requiem high mass at All Saints’ Day on Margaret Street on Friday, then watched a broadcast of that evening’s service at St Paul’s Cathedral.

Snapp said he was happy to see so many churches open.

With Britain in mourning, “people need a place to be calm, to be at peace, to reflect, to pray,” he said.

At St. Michael & All Angels with St James parish in Croydon, 10 miles south of Buckingham Palace, bells began ringing at 8 a.m. and rang for half an hour as they summoned the worshipers at a requiem mass; six responded.

Inside, Reverend Canon Tim Pike invited visitors to light a candle if they wished.

A framed photograph of the Queen was displayed at the rear of the church.

“We had it for the platinum jubilee, which was in June,” he said, referring to a celebratory time marking Elizabeth’s 70 years on the throne. “We had a Jubilee Tea,” he said.

Before presiding over the Eucharist, Pike asked God to comfort the Royal Family and grant that “your deceased servant, Elizabeth our Queen, may be gathered together in the company of your chosen ones”.

Croydon’s church bells rang again at midday, as did the bells of Westminster Abbey, St Paul’s Cathedral and other places of worship in towns and cities.

At Southwark Cathedral, a stone’s throw from the River Thames, attendance was large enough to move the midday Eucharist from John Harvard Chapel to the main sanctuary.

The cathedral was awash with flowers, remnants, it seems, of a recent wedding celebration.

A framed photo of the Queen was prominently displayed.

For most Britons, Elizabeth II is the only ruler they have ever known, said Canon Wendy Robins.

“I think the Queen has been, for many of us, a beacon of service and faith for all of our lives,” she said.

In the space of a week, England won not only a new monarch, but also a new prime minister, she noted.

“It is, I think, a time of tremendous change and in that sense the bond of faith is important to keep us going,” she said.

While they had fewer ties to the monarch, Catholic and Evangelical congregations also stopped to pray. A solemn requiem mass was held in Catholic cathedrals.

At Coldharbour Evangelical Free Church, 10 miles southeast of Buckingham Palace, worshipers were gathering as part of a previously planned “week of prayer” when Elizabeth’s illness and then death became public knowledge.

“The Queen’s passing quickly rose to the top of our prayer list on Thursday. The events of the week were at the center of everyone’s conversation as they sat down,” said Pastor Joshua Bell in an email.

“Our prayers began with thanksgiving for the life and service of Queen Elizabeth. We expressed our gratitude to God that she was a monarch who modeled integrity and devotion. A few mentioned their joy that by all accounts his faith in Jesus Christ was genuine,” the former Little Rock resident said.

The faithful also prayed for Charles III and for the entire royal family as they mourned the loss of a mother, grandmother and great-grandmother.

Similar prayers were planned for today’s worship service, he said.

“As an Arkansan and a guest in this country, it is particularly moving to see the outpouring of love and admiration for the Queen. I must say they are correct in their responses. This is certainly the end of a time .I am happy that my family and I had the opportunity to live in the UK while Queen Elizabeth was alive and on the throne.She was one of a kind and I realize that we will never know another like her, at least in my lifetime,” he said.

At Redeemer Queen’s Park, Seth and Megan Campbell, former residents of northwest Arkansas, bowed their heads on Saturday afternoon as Brother Andrew Barnett, originally from London, prayed for the new King of England, asking God to “guide him…give him wisdom and establish him”.

He also prayed that God would give the country’s new prime minister, Liz Truss, “a heart for justice and truth.”

The new congregation, which meets at Salusbury Primary School, worships in a room which has 15 portraits of the Queen on the wall.

They were made by students before the platinum jubilee, noted Megan Campbell.

The monarch was very popular, not only among the students but also among their teachers, she said.

“Even though they had never met her before, she seemed like a friend. I heard [them say] so many times,” she said.

As Queen, Elizabeth regularly shared her faith in Jesus with her subjects, especially during her traditional Christmas address to the nation, Barnett said.

While previous royals – in the Bible and elsewhere – have failed, “she was blameless,” he said.

“Even biblically, when you look in the Old Testament in Israel, I don’t think any of the kings, the good kings, lasted 70 years. She lasted 70 years,” he said.

“The Lord blessed her,” he said.

With former Arkansans Seth and Megan Campbell in attendance at Redeemer Queen’s Park on Saturday, former Andrew Barnett prayed for the new King of England. Behind Barnett, in the school where the congregation meets, are art projects depicting the Queen. (Arkansas Democrat-Gazette/Frank E. Lockwood)