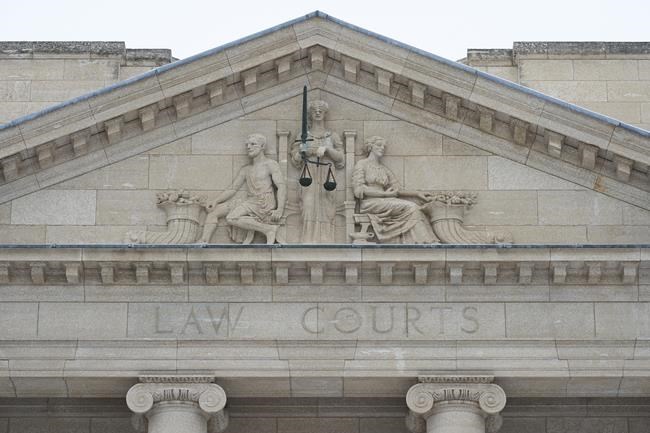 WINNIPEG – A judge who ruled against seven Manitoba churches that were battling public health orders said the restrictions were reasonable and necessary to stem the spread of COVID-19.

WINNIPEG – A judge who ruled against seven Manitoba churches that were battling public health orders said the restrictions were reasonable and necessary to stem the spread of COVID-19.

Chief Justice Glenn Joyal of the Court of Queen’s Bench said the orders do not violate the Charter of Rights and Freedoms and the province’s Chief Public Health Officer can legally impose such restrictions.

“The decision to temporarily close places of worship and otherwise limit the size of gatherings was rational, reasoned and defensible in the circumstances of an undeniable public health crisis,” Joyal wrote in one of two judgments handed down Thursday in the case.

While the closure of churches limited some Charter rights, such as freedom of assembly and freedom of religion, it was reasonable and justifiable, Joyal said.

In the second ruling, Joyal rejected the churches’ argument that only the legislature, and not the chief public health officer, should issue public health orders.

â€œIf every public health order and any subsequent amendment were to be enacted by the legislature, it could potentially put a handcuff and immobilize the government’s ability to act in a timely manner,â€ he said.

Manitoba Justice Minister Cameron Friesen said the government has taken reasonable steps to respond to the pandemic and its position has been confirmed by the rulings.

“These measures are demonstrating their value even now, as we continue to see a stabilization in the number of daily cases, even as other jurisdictions experience very significant case spread and hospitalizations,” Friesen said in a statement sent by email.

The Justice Center for Constitutional Freedoms, a Calgary-based group representing churches, said it could appeal the ruling.

“We are disappointed with these decisions and the unwavering deference given to public health officials,” Allison Pejovic, a lawyer for the center, said in a statement.

A special hearing for the case took place in July after Joyal said he learned that the president of the justice center had hired a private investigator to follow him while he presided over the case.

John Carpay took a short leave of absence from his post at the Justice Center and malpractice complaints were filed with the Law Societies of Manitoba and Alberta.

Throughout the pandemic, there have been times when Manitoba health ordinances have restricted worship services. A significant wave of infections in the second wave clogged hospitals and prompted all in-person and car services to be banned.

Government lawyers told the court it was within the limits of the legislature to grant the chief public health officer the power to impose reasonable rules.

Dr. Brent Roussin, the province’s chief public health officer, has testified that he has an obligation to use the least restrictive means to stop the spread of the pandemic. The decision regarding the churches was made because, he said, “we were in crisis.”

Lanette Siragusa, the chief nurse in the province, told the court she supported the prescriptions because hospital staff were exhausted and faced difficult decisions about who could get care.

In often heated and confrontational cross-examinations, health officials were asked about the capacity of hospitals and intensive care units, as well as the effectiveness of some COVID-19 tests.

Joyal said the case was one of the first in Canada where a church’s constitutional challenge also attacked the science a government relied on to make its decisions.

But, the judge said, after the restrictions were put in place, the number of COVID-19 began to drop in Manitoba, which was consistent with what science and provincial modeling had predicted.

The court also heard from Tobias Tissen, a pastor at the Church of God Restoration, located south of Steinbach in rural Manitoba. Tissen said he could not force the faithful who attend his church to follow public health orders because it is “the jurisdiction of God”.

Tissen was arrested by the RCMP earlier this week under a pending warrant for violating health orders.

Restrictions have been relaxed significantly in Manitoba since the spring as COVID-19 cases have declined and there was less strain on the health care system.

Currently, places of worship must choose between requiring people to be vaccinated or restricting in-person attendance to 33% of capacity or 25 people – whichever is greater.

Joyal said that public health orders provide an important societal benefit: protecting the health and safety of others.

“I have no difficulty in concluding that one of the restrictions on in-person religious gatherings and services that were ultimately implemented was, as Manitoba has argued, temporary and necessary.”

This report by The Canadian Press was first published on October 21, 2021