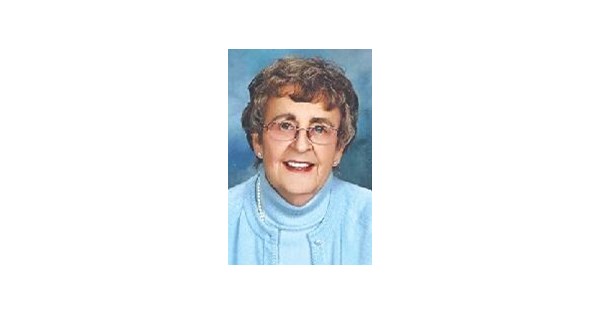 Mary Kathryn Shaffer, was born June 2, 1929, in Minerva, OH to Edna and Austin Haynam. Mary grew up on a farm in Hanoverton, OH with her brother and three sisters. She passed away quietly in her sleep on August 7, 2021. She graduated from Minerva High School in 1946 and was honored as Queen of May in her senior year. Mary graduated from Akron University in 1951 with a bachelor’s degree in nursing, received a master’s degree in science in 1972, and a doctorate in education in 1974. She married her high school sweetheart, Thomas H. Shaffer, on the 10th. November 1951. They had three children and five grandchildren. Mary was the head nurse in the delivery room at Akron General Hospital for two years, took the time to start a family, and then worked in the VA for twenty years. His team of three educated VA staff across the United States on HIV / AIDS care. While living in Akron (43), she became an avid tennis and bridge player, and Mary and Tom were active in the Presbyterian Church in Monroe. Mary and Tom moved to Wooster in 1994 when she retired from Virginia. In Wooster, she continued to play tennis, joined several bridge groups, enjoyed her gardens around the house, and became a master gardener. She was a member of the Monday Club, the Marathon Bridge, and the First Presbyterian Church of Wooster. Mary is survived by her children, Paul (Fenton, MO), Mary Kay Benner (Boise, ID) and Jim (Richmond, IN); his sister, Sue Snode (Minerva, OH), and grandchildren, Charlotte (Fort Mitchell, KY), Grace (Franklin, IN), Austin (Union, KY), Thomas (St. Louis, MO) and Katelyn ( St. Louis, MO). She was predeceased by her husband, Tom; both parents; brother, George, and sisters, Drusilla and Margaret. A memorial service for Mary Shaffer will be held at Wooster’s First Pesbyterian Church, Main Shrine, 621 College Ave., Wooster, OH 44691 at 2:00 p.m. on October 2, 2021. Following the memorial service, Mary’s ashes will be dedicated to the church Memorial garden, for family and close friends. Memorial gifts can be made at the First Presbyterian Church.