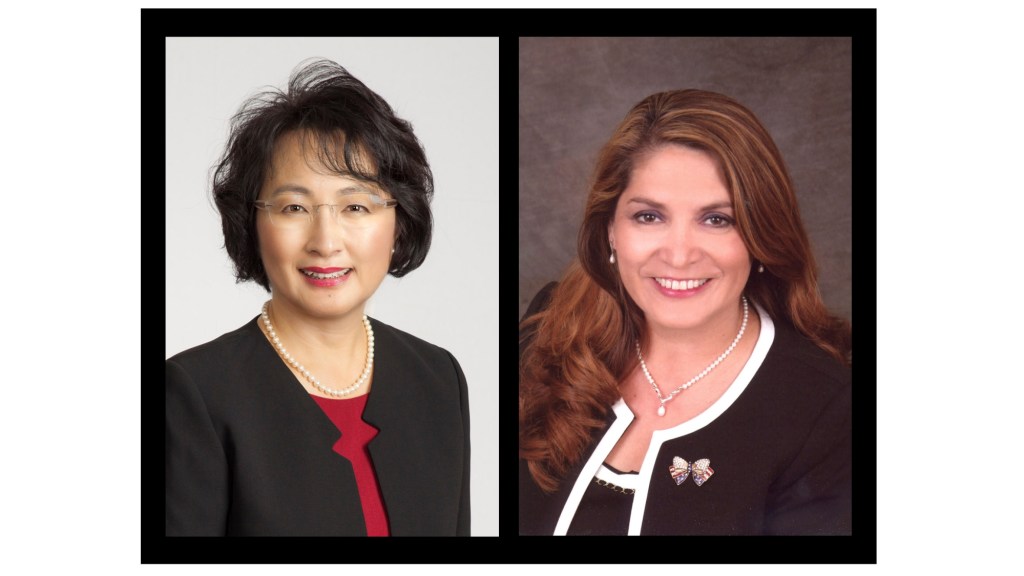 A 23-year-old Democrat from Fullerton, a right-wing civil engineer from Stanton and a Republican school board member from Cerritos are the candidates challenging Congresswoman Sharon Quirk-Silva for the new 67th Assembly District.

The upcoming primary on June 7 is expected to narrow the field, with the top two voters qualifying for the November general election ballot unless more than 50% is achieved from the start.

Quirk-Silva faces a challenge from fellow Democrat Paramvir “Param” Brar, as well as Republicans Soo Yoo, chairman of the ABC Unified School District Board of Trustees, and Sou Moua, who previously ran for Congress. 47th district of California.

But although Democrats hold a 17.4-point voter registration advantage in the district that straddles Los Angeles and Orange counties and includes Fullerton, Buena Park, Cypress, West Anaheim and Cerritos, Marcia Godwin, who teaches public administration at the University of La Verne and closely follows county politics, said the November ballot could be a contest divided into parties.

“When you have a name-recognized challenger who has already been elected, you would expect that to mean a traditional Democratic-Republican general election matchup,” she said.

Quirk-Silva, a former Fullerton School District teacher, was also a city council member and twice held the title of city mayor before being elected to the state assembly in 2012, where she represented the 65th district. She has been re-elected three times and has the support of the State Party in this election.

Of her time in the legislature, Quirk-Silva said her proudest moment was championing legislation in her freshman year that helped the county out of its financial woes and resolved a dispute with the state over vehicle registration fees.

“After years of beating the pot, during my first term we passed legislation (AB701) to ensure that Orange County would receive the same share of vehicle registration fees as all other counties, thereby avoiding severe budget cuts, including reductions in public safety programs,” Quirk-Silva wrote in a survey of candidates for the Orange County Register.

She considers herself just left of moderate, ranking 4 on a scale of 10, with 1 being the far left.

Quirk-Silva said she measures her success as an elected official by asking herself, “Am I using voter feedback to prioritize issues? Am I focused on finding solutions, not scoring political points? Am I demanding that our communities be treated fairly by Sacramento? »

Yoo has taken opposing positions on several issues posed by the OC Registry, from offshore drilling to abortion.

The two remaining challengers did not respond to the Registry’s candidate questionnaire. Several attempts have been made to reach them.

A Korean immigrant who came to the United States when she was 8, Yoo, 55, said she “learned about sacrifice and hard work from my parents,” who “worked hard and struggled a lot.”

Her faith remains an important touchstone in her life, she says on her website. Yoo, a mother of four, also cites her time as a youth pastor and her efforts to grow a church in Buena Park among her personal and professional highlights, as well as starting a college tutoring and counseling business and his election to the board of the ABC Unified School District. . She is trilingual, speaking English, Spanish and Korean.

They agree on at least one thing: Both say it should be easier to build new homes in California.

“Part of the reason housing costs are so high is that there are too many regulations and hurdles to jump through before building a new home,” Yoo said when asked how she would make it. more affordable housing. “We need to relax some restrictions while remaining environmentally conscious. You can still build new homes and be good stewards of the land.

The two shared little else in their responses to the key questions. Quirk-Silva is pro-choice, while Yoo is pro-life, saying she thinks “we need to protect all of our children.”

The GOP challenger thinks no voting legislation is needed, though Quirk-Silva said she supports a policy that makes it easier to access.

And Yoo, who ranked 8 on the political scale – 10 being the far right – said she opposes the legality of same-sex marriage. Quirk-Silva backs him up.

When asked how they would tackle California’s homelessness crisis, both candidates mentioned putting more emphasis on mental health treatment and providing people with shelter and help to get back together. stability.

“As chair of the Orange County Homelessness and Mental Health Services Committee, I know this is a crisis,” Quirk-Silva wrote in a poll. “We need comprehensive solutions, including expanding mental health services to those currently homeless, ensuring that all communities contribute to providing transitional housing, and reducing housing costs for all. »

On how she would measure her success in office, Yoo said it would be “reforming and implementing policies that enrich the lives of Americans in the district I serve.”

“I love engaging with the public and making myself accessible and available to voters,” she said. “I’m not afraid to hold town hall meetings and community events, and my office would always have an open door policy.”

Moua, the other Republican on the ballot, was part of the field challenging incumbent Alan Lowenthal for California’s 47th District in 2020, but did not leave the primary. Lowenthal was eventually re-elected there.

Moua, who previously served on the Planning Commission at Stanton, could not be reached and does not appear to have a campaign website.

Brar, 23, the other Democrat on the ballot, works for The Boeing Company in supply chain management. Brar’s website notes that he supports universal health care, education reforms such as higher teacher pay and free public college, as well as more aggressive climate policy and more options. housing and shelter for the homeless, among other policies.

Its website describes its campaign as “focused on creating a less corrupt system of representation and ensuring a better quality of life for children, adults, seniors and veterans,” calling it “anti-establishment. , anti-corruption, funded by people. ”

Brar grew up in Fullerton, attending Sunny Hills High School. He then went to Cal State Fullerton, where he earned a bachelor’s degree and then an MBA, his website says.

This long-haul trucker only filled up one of his diesel tanks. It still cost him $700 | North Berkshires