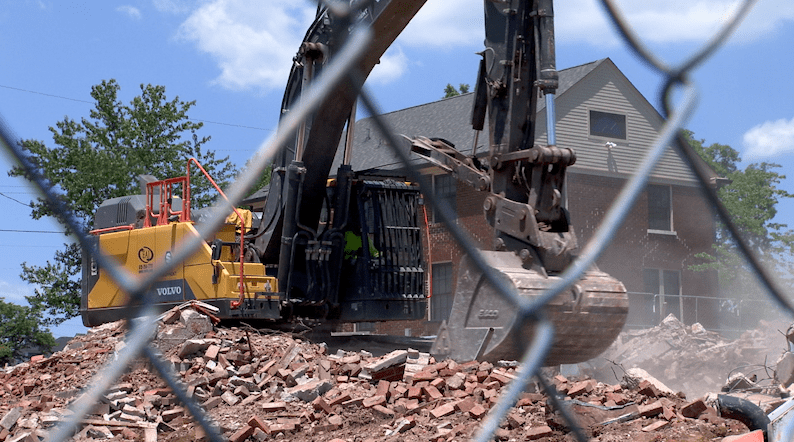 NASHVILLE, Tenn. (WKRN) – The only part of the East End United Methodist Church on Holly Street in East Nashville still standing are the stairs leading to what was once the main entrance.

The church was badly damaged in the March 2020 tornado. Members tried everything to save the original sanctuary of the 115-year-old church, but found it would have been too expensive and dangerous, being given that it was no longer structurally sound.

A church committee voted to rebuild in the same location, and for months crews tore down the parts of the building that withstood the storm. By Thursday, July 14, the demolition was nearly complete.

“We were able to move forward trying to make a new plan for a new build; a building that honors what was here before, but also greatly improves the accessibility of the building and just lets us enjoy some of the building advancements that have happened over the last century,” Reverend Scott Marshall-Kimball, the East End United Methodist Church pastor, said.

The new building will closely resemble the old; however, the design must be presented to the Metro Historic Zoning Commission for approval, which will likely take place in August, according to Marshall-Kimball.

Once approved and the church receives its insurance and FEMA funding, crews can begin rebuilding the structure on Holly Street.

“This church means a lot to the congregation, and it has been their home for a very long time, but it is also a vital and wonderful part of the community that makes people’s days and lives better for its existence, which is why we decided we really needed to be right here at home on the corner of 13th and Holly Street,” Marshall-Kimball said.

If all goes as planned, he added, the church will reopen on Christmas 2023.

Temple Sinai welcomes a new rabbi – at a nearby church