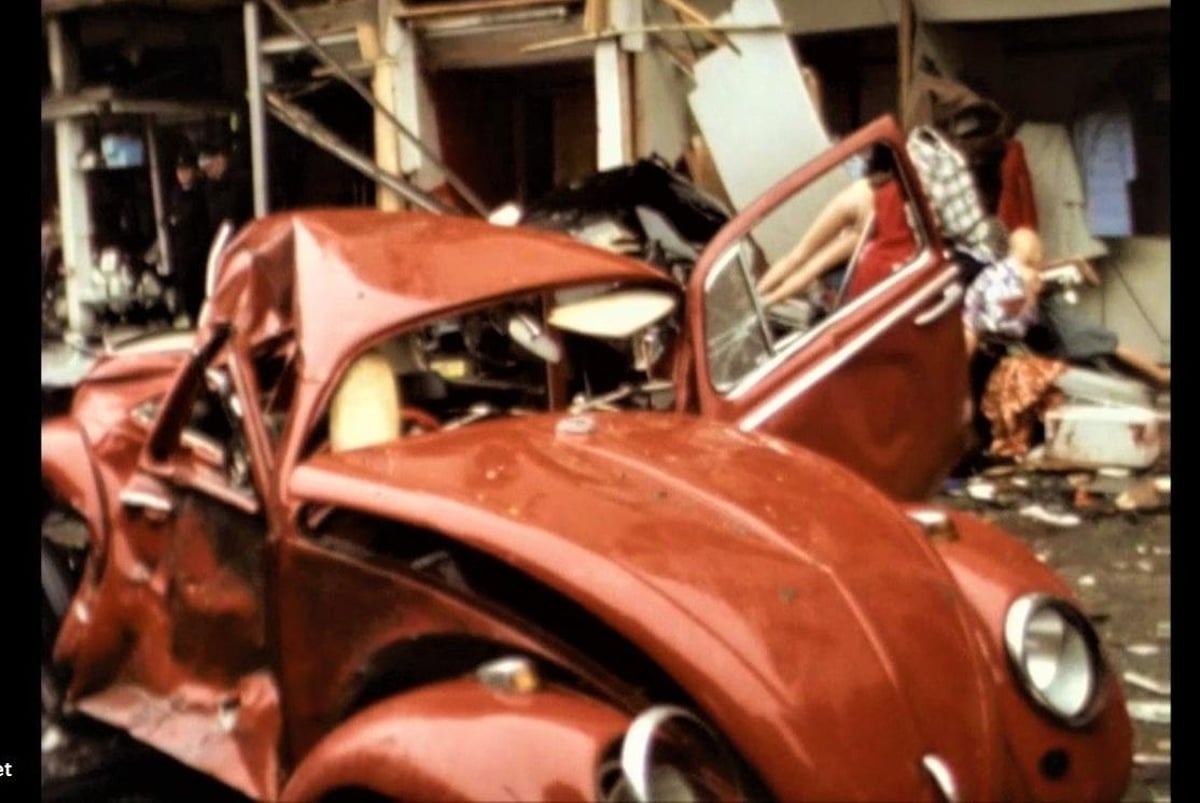 By Michael J. Lawson Last updated Jun 17, 2022
Share
The aftermath of the bombing in Parnell Street, Dublin, as seen in a BBC documentary about the attack

The Reverend Trevor Gribben, Clerk of the General Assembly, was speaking at a press conference ahead of the church’s General Assembly next week, where the issue is due to be discussed.

The government’s NI (Inheritance and Reconciliation) Disorders Bill offers immunity from prosecution to those who cooperate with the proposed information gathering body. However, the bill was opposed by the majority of victims’ groups and political parties in NI.

Reverend Gribben said: ‘We have responded to the Secretary of State, both in his command document and now in a face to face meeting with senior officials, that this bill does not has no support in Northern Ireland and does not have the support of the overwhelming majority of those who are victims of our Troubles.

Register to our daily newsletter

The Clerk of the General Assembly and General Secretary of the ICP, the Reverend Trevor Gribben.

“Over the past few years, we have spent a lot of time at the congregational level across NI meeting and talking with victims about their perspectives.

“The one thing I would often say, and I think it’s true, is that a significant number, if not the majority of the victims of our troubles who are Presbyterians, are not aligned with any particular victim group. … [although] groups have their place.

“Now the overwhelming majority of these people feel aggrieved by the cancellation of the ability to seek justice. So we said that to the secretary of state.

Expert witnesses recently provided similar testimony to MPs on the NI Affairs Committee about the bill. Peter Murtagh, Head of Advocacy Support for victims group South East Fermanagh Foundation (SEFF), told them: “One of the biggest issues that is not covered [in the bill] is the responsibility – and that has never been addressed. He said the victims “ultimately want justice” or at least “some form of accountability” for what happened to them. “And there’s nothing in there that provides them with that.”

Sandra Peake, of the Wave Trauma Centre, told MPs: ‘This [bill] is supportive of the abuser, it’s abuser-centric, and ultimately the abuser will come out on top – it won’t be the family. Victims Commissioner Ian Jeffers said many in the industry felt their engagement with the Northern Ireland office on the bill was “transfer of information” rather than consultation.

The Presbyterian Church has 204,000 members in 530 congregations on the island of Ireland.

Connecting to the Church Community: All Dressed Up with a Good Place to Go | Features