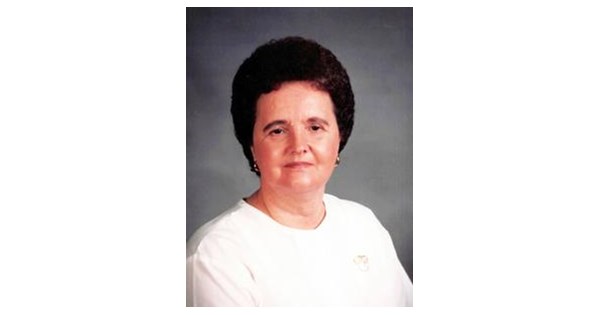 Mrs. Jean Snell Griggs, a resident of Ozark, died early Thursday morning November 25, 2021, at her home. She was 87 years old.

The funeral will be at 2:00 p.m. on Monday, November 29, 2021, in the Echo United Methodist Church with Reverend Phil Craddock officiating and a eulogy will be delivered by Bill Ferguson. Interment will follow in the church cemetery. The family will receive friends from 1:00 p.m. to 2:00 p.m. Monday in the church sanctuary. Fuqua Bankston Funeral Home is in charge of the arrangements.

Flowers will be accepted, or memorial contributions may be made to the Echo United Methodist Church Cemetery Fund, c / o Linda Ward, 12066 Highway 27, Newville, Alabama 36353.

Mrs. Griggs, daughter of the late Horace Edgar Snell, Sr. and Ruby Spivey Snell, was from the Echo community. She moved to Ozark in 2013 to be close to her sisters. Ms. Griggs was retired from Vivian B. Adams School as a canteen employee. She loved to read and listen to Southern Gospel music. Ms. Griggs was a member of the Echo United Methodist Church. She was predeceased by her husband, Shelley Joe Griggs, Jr .; sister, Leota Miller; brothers, Horace Snell, Jr. and Michael Snell.