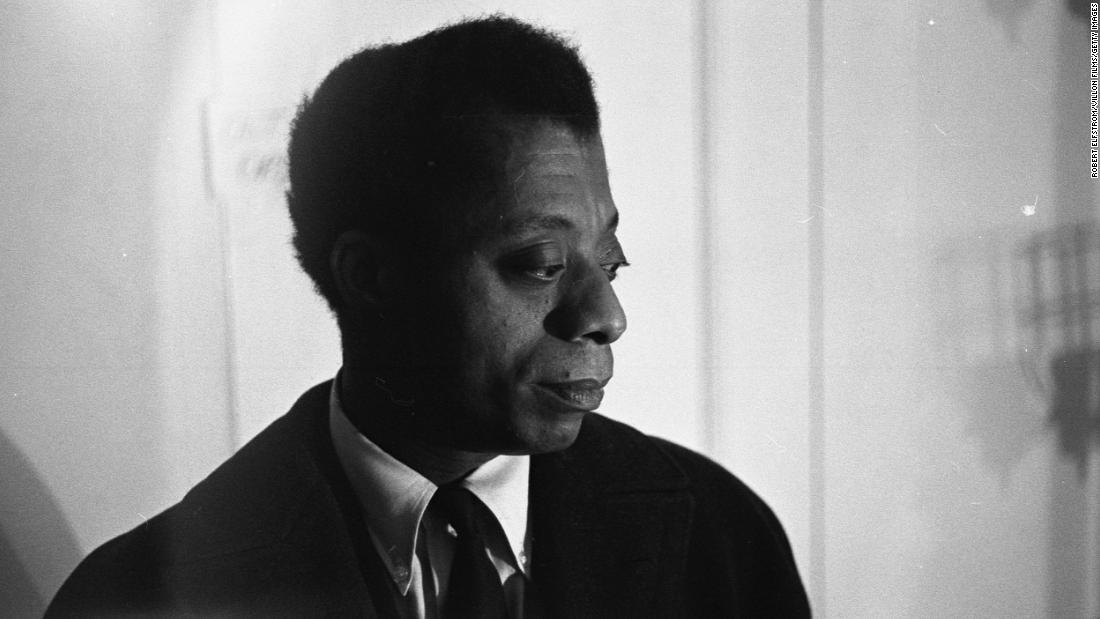 By Michael J. Lawson Last updated Apr 16, 2022
Share
With a name already known on both sides of the Atlantic, Baldwin has arrived as neither a stranger to travel nor eyes waiting for his words – spoken in a voice that many have heard as a prophetic call to the world to change and look at itself and its blindness, and in the words of Jesus, ” turn to me and be saved.”

If, like me, you care about time, the way it moves, sometimes bending to the will of love, and sometimes demanding more from our bodies and hearts than we are willing to give, then you might do as I have done countless times: open up your worn black copy of Baldwin’s collected essays edited by Toni Morrison, turn to the timeline and see that moment is only 94 days after you heard the word that his friend the Reverend Martin Luther King had been assassinated, and only 89 days since he last saw his friend’s body.

beige and orange paper guest badge, published by the Fourth Assembly of the World Council of Churches, reads: “Guest, Fourth Assembly, Mr. James Baldwin, United States.” On the left is the Greek word “oikoumene” – the place inhabited by the presence and healing of God. Just five years earlier, he was in a pulpit in a church in New Orleans.
The occasion is not known, at least to anyone looking at the photo taken by American photographer and famous photo-documentary maker of the civil rights movement, Steve Schapiro. The only words that give an idea of ​​the meaning of this moment are the title that reads: “James Baldwin, God is love, Harlem, 1963.”

He returned to the pulpit. His sermon? “White Racism or Global Community? His chosen text: Matthew 25. His goal: to set us free.

I’ve thought a lot about this image and the many times I’ve read this sermon and what it means to the listener to see Baldwin return to the pulpit once again. The pulpit, its tragedy and its triumph, is woven into Baldwin’s experience and work.

This sticks in my mind because, like Baldwin, I too was raised Pentecostal. Me too am minister. I too, like so many others today, was baptized into both the beauty and the brutality of the church. And the question that runs through my heart and mind when I hear his words is this: what does love demand of us when we live in a country so full of bibles but so empty of love?

What would James Baldwin’s Easter sermon be for us?

As a writer and preacher, I have learned to tap into what Dr. Wil Gafney calls “the sanctified imagination” – that creative space where the preacher enters the world of the sacred text, fills in what is missing, and creates a metaphor that comes alive for the listener. I imagine that right now Baldwin stabilizes his eyes as his little body stands upright and says two words: freedomand then, love.

“If the concept of God has any validity or utility,” he wrote in his 1963 book “The Fire Next Time,” “it can only be to make us bigger, freer, and more loving.” If freedom is not the basis of life, faith and democracy, then love will not be the fruit that will make us better.

“Race and religion, we have noticed it,” Baldwin writes in his 1987 theological response to the Moral Majority, “To Crush A Serpent”, “are terribly entangled in the bowels of this nation, so deeply that to speak of one is to speak of the other”.

As the nation and the nation’s churches tried to grapple with the persistent problem of white supremacy and the ongoing battle to imagine a better America, just like today, the answer is to have a better faith and a better country. “If one believes in the Prince of Peace”, he shared in his 1968 address to the World Council of Churches, replacing his dear deceased friend, the Reverend Martin Luther King, “one must stop committing crimes in the name of the Prince of Peace.”

And what was the crime: Church and country used religion as a tool of power and control rather than an instrument of love and liberation.

Baldwin believed that it is not hope if it does not release, love and make whole. When our faith is rooted in fear, it often fails in love. We see faith as wars to be won, not as a world to be loved. And too often, as Baldwin would write in his 1949 essay “Everybody’s Protest Novel” (published later in the collection “Notes of a Native Son”) talking about the tragedy of Bigger Thomas, the main character of the novel “Native Son” by Richard Wright in 1940 too many people believe in a theology that denies us life and embraces a politics that reinforces the power dynamics of oppression – rather than resisting or changing them.

Baldwin believed that the church and the country itself had to be saved, freed from their bondage. One cannot believe that faith and country should be free while clinging to the belief that others should be bound.

In my book, “Shoutin’ In The Fire: An American Epistle”, I write that so many people in our day, as was the case with Baldwin, talk a lot about people leaving churches, abandoning Christianity and rejecting Jesus. For some it is, and that is OK.

For those of us who choose to stay, who choose to paint a different story and shout good news from more loving pulpits, we have cast off the brand of Christianity that cares more about power than Jesus, who cares not not enough to take either our bodies or our future seriously. Like James Baldwin, we cling to Jesus while living with our fear, our traumas, our doubts and our hope.

Finally Baldwin left the church because of his inability to love a young, gay, black man like himself. Yet he never stopped walking toward the gospel of the divine right of his release and the sanctity of his humanity.
For Baldwin, love was the key that opens the door to a more healing and liberating conception of God and experience of faith. Love rids the believer of the idea that God only cares about judgment and that the country should only remain in thrall to those who are straight and white and male and wealthy. “There is absolutely no salvation without love.” Right here we see Baldwin imbued with a theology of self-love and self-acceptance. This is in fact what it means to be saved and what the country and the church have often refused.

And although Baldwin died in 1987, it’s still true that if the church or the country has any hope of bringing things back to life, then it’s going to be a matter of making the brave decision and practicing what Baldwins calls in “The Fire Next Time”. “a “freedom so close to love”.

From Baldwin’s mouth, the sermon sounds more like a shoulder-lightening embrace and a choir swaying under the spell of the Spirit, and the organ humming deeply because the hands of the one who touches it know they are seen and loved. . In Baldwin’s Church the listener need not fear the damnation so present in so many pulpits nor fear that the world the Creator has created for him to live and grow in will give him nothing but hell.

In Baldwin’s mind, the faithful know that this moment of life is brief, and that death is as sure as the morning, and that what awaits us at the end of these words is that present and defiant joy that s hear in the words of Jesus: I have come that they may have life and life to the full.

And when the music begins to play softly, and hearts have been softened by the spoken word, and doubt and optimism dwell together, and the freedom that awaits us if felt for even a moment, here’s what i imagine his final blessing would be, words he once said in an interview: “I am inspired by Jesus Christ, truly, who told me and told us all to love each other.”

As Baldwin wrote in “To Crush A Serpent”, which was his last great essay, “And love is where you find it”.