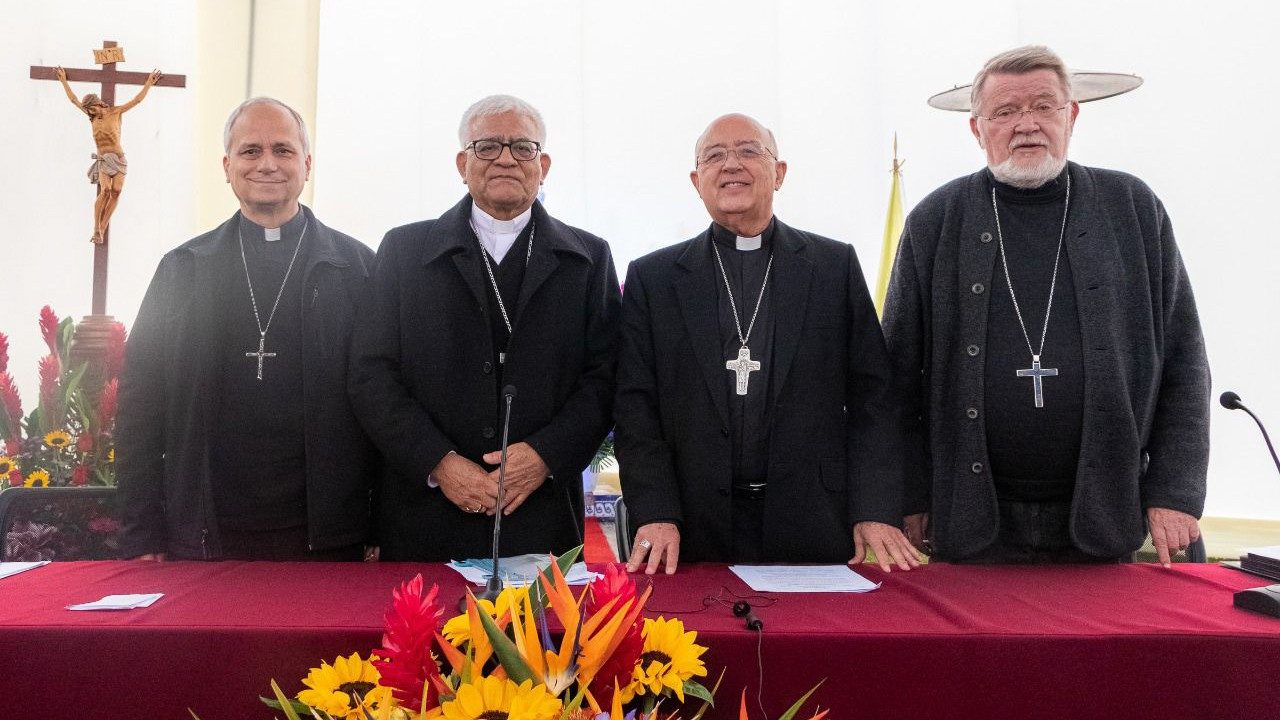 Peruvian bishops: Looking for a way out of the crisis, finding hope

On Thursday, the bishops of Peru, within the framework of their 123rd Plenary Assembly, expressed themselves on the current political crisis affecting the country, urging the civil authorities to “urgently” seek a way out of the “deep social and political crisis”. that crosses Peru. go through.

Faced with “alarming levels of political, social, economic and moral decay” in Peru, as well as “the mistrust of a large part of the population, the loss of credibility and good governance”, the Bishops of Peru, within the framework of their 123rd Plenary Assembly, spoke about the current political crisis in this South American country.

The bishops’ statement was read during a press conference Thursday, August 18, at the headquarters of the Peruvian Episcopal Conference (CEP). The conference was chaired by the president of the CEP, Archbishop Miguel Cabrejos de Trujillo, who is also president of the Latin American Episcopal Council (CELAM). The Archbishop was accompanied by the executive members of the CEP, representing the 56 bishops of Peru.

A moment of deep social and political crisis

When reading the statement from the Peruvian bishops, Bishop Cabrejos stressed that “there is no doubt that we are in a moment of deep social and political crisis, which manifests itself in an internal struggle between the executive and legislative powers, seriously undermining democracy and generating more divisions and conflicts, which leads to serious confrontation between Peruvians and can lead to uncontrollable levels of violence.

The CEP president also deplored corruption in the country, saying: “It is shameful and disappointing that Peru is one of the four countries with the highest corruption perception index in Latin America, according to the Latinobarómetro report in 2021”.

This moral and ethical crisis, Bishop Cabrejos said, is directly linked to acts of corruption in the upper echelons of the executive, legislative and judicial branches, as well as in other state organs and sectors of civil society. Without a doubt, he continued, “corruption is a cancer that infects everything,” as Pope Francis said during his visit to Peru in 2018. The Archbishop also noted the impact of the corruption on the high rate of poverty, which in 2022 will reach 27.5% of the population. the Peruvian people.

“This generalized crisis”, say the bishops of Peru, “affects fundamental aspects of Peruvian life such as food, education and interculturality, higher levels of underemployment, insecurity and unemployment ; and in regional and local governments, this decomposition is also spreading.

Faced with this situation, the Peruvian Bishops believe that “it is time to work together as a Peruvian society and to move forward towards a country project with an authentic commitment to the integral human development of all Peruvians”.

To achieve this, say the bishops, it is necessary to defend democratic institutions and that the governors respect the governed as true citizens, rendering them accountable for their administration. For this reason, “citizens do not deserve to see the spectacle of confrontation within and between public powers, in particular the executive and the legislative [powers]since the permanent confrontation deepens their delegitimization and the citizens no longer feel represented by them.

Returning to the path of dialogue and the common good

Likewise, Archbishop Cabrejos underlined that “it is also necessary to orient ourselves towards the common good, going beyond a culture of clientelism where the public good is not distinguished from the private good, or where public goods are considered the his”. In this sense, he said, it is important to affirm that “responsible, respectful and binding democratic dialogue is the only way to find a creative, clear, decisive and viable way out of the crisis on the basis of a firm consensus. And, he continued, there is an urgent need to seek and establish effective channels of coordination and dialogue between the executive, legislative, judicial and civil society, especially the youth, in order to guarantee governance and the common good.

Finally, the Peruvian bishops emphasize that “the social consensus calls for a political transition that urgently seeks a way out of the current deep crisis, giving priority to the necessary political reform underway to regain credibility, confidence and hope”.

Therefore, the country’s pastors call on “all sectors of civil society to seek through democratic means the restoration of good governance and peace in our country, rejecting violence as a means of conflict resolution.”

They also call on “the highest authorities in the country to respect freedom of the press, which is one of the pillars of democracy”. Finally, they also call on the media “to report and comment with sincerity, honesty and respect”.