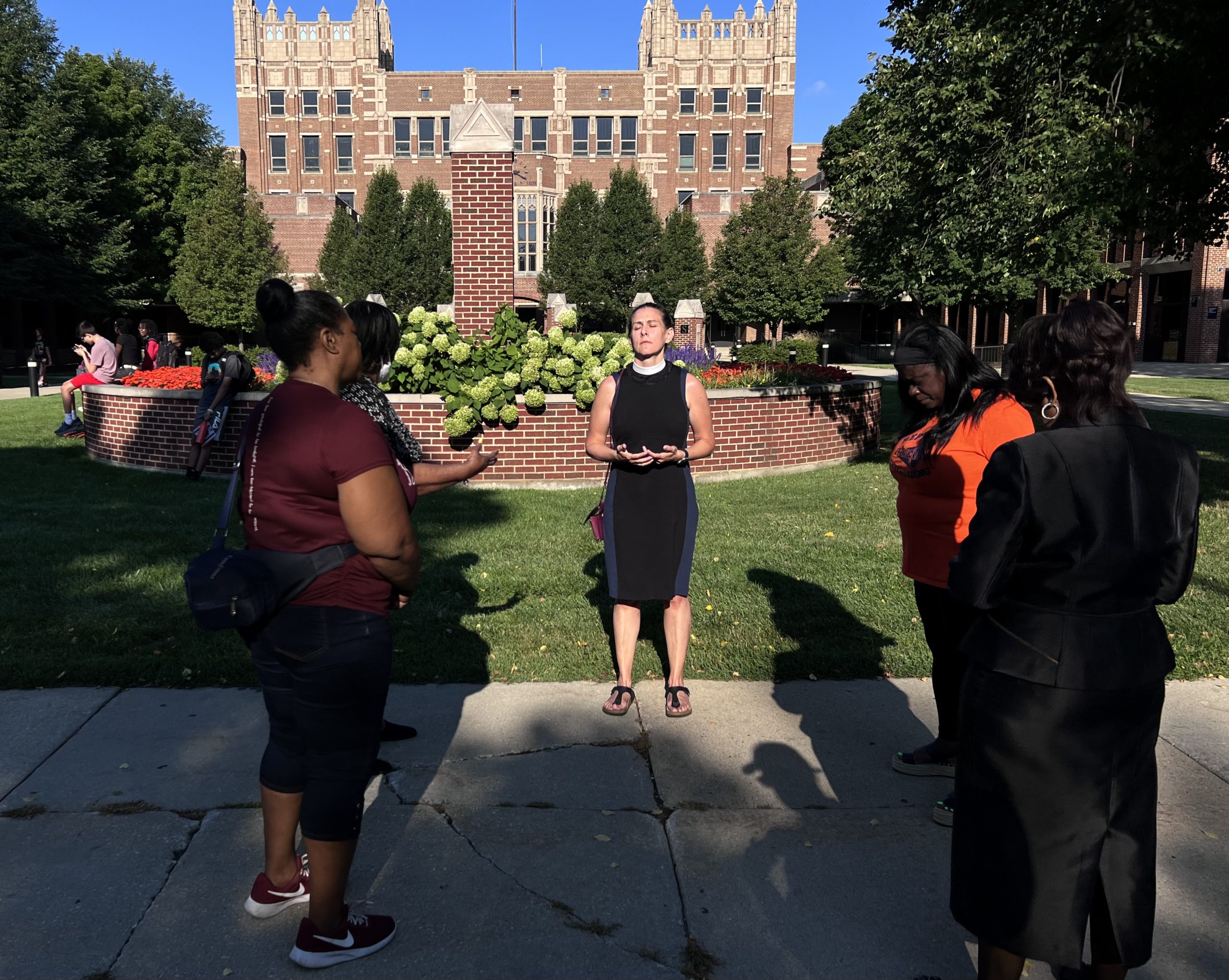 Dozens of clergy and congregants prayed for students, teachers and staff at Evanston High School Monday morning at the start of the school year.

“Education is so important,” said Reverend Rosalind Shorter Henderson of Bethel African Methodist Episcopal Church. “And if you’re in an environment full of violence and negativity, it’s hard to learn. And so we believe that if we come to pray, we believe that God will be able to give us peace in school and that the children will be able to learn.

The event was organized by Pray4Peace Evanston and Positive Presence. The groups sent letters to about 100 clergy and supporters asking them to surround the high school in religious attire along the four streets that border the school.

The groups also asked four clergy to come to each of the middle and elementary schools in District 65 to pray Aug. 24 to start the school year.

“The idea was that the students see, that they get a visual [showing] that there are people in the community who think of you, support you, encourage you,” said Chris Herning, pastor of Evanston Vineyard.

“I just think it’s important that we start raising our kids and our community,” said Reverend Phyllis Pickett, of Bethel. “There are many churches, pastors, ministers in this community. And so I think God is calling us right now to cover our children when they come to school. There’s so much going on everywhere. And we just want our kids to feel safe there.

Pickett is a retired high school teacher from Evanston.

Kat Banakis, pastor of St. Luke’s Episcopal Church, said the effort was more about giving support to Evanston and showed that the faith community supports the schools.

“I think the faith community has an obligation and a responsibility to be a great community partner,” Banakis said. “And anything we can do to support and bless our community is what we must do as people of God and as a religious community.”

Bethel member Keir Young said she told her son, a freshman at Evanston High School, that she was going to stand outside praying.

“He was excited,” she said.