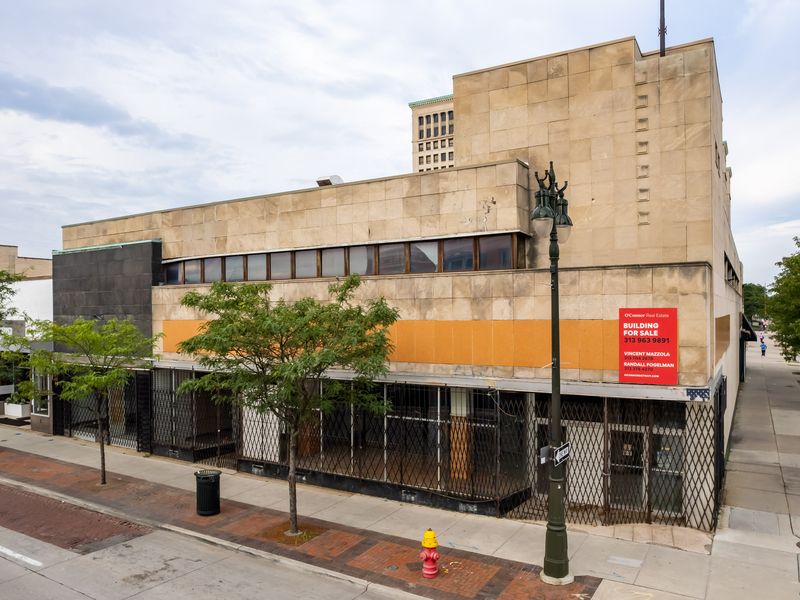 The southwest corner of Woodward Avenue and West Grand Boulevard has a new owner after an online auction.

The 38,000-square-foot building, which once housed the FW Woolworth department store, has been sold to Nazar Properties, an entity linked to Atlanta-based investor Rajeev Kaila.

Kaila has purchased other properties in the Grand Boulevard area over the past year.

The sale was worth $ 2.3 million earlier this month, according to CoStar Group Inc., a real estate information service based in Washington, DC.

It was this property at 6561-6565 Woodward Ave. that Philadelphia-based developer David Grasso had envisioned as a possible skyscraper, though evidently that grand vision on Grand Boulevard never saw the light of day.

Last month’s auction list says the property’s zoning allows for the development of a 46-story, 569,000-square-foot skyscraper on the site, which is 0.35 acres.

Detroit-based O’Connor Real Estate represented both buyer and seller at the auction, which had a minimum starting bid of $ 750,000. The building is currently vacant and was constructed in 1940, according to the online auction listing.

Grasso told me at the time that he turned his attention to his hospitality business, Roost Apartment Hotels, which is opening a 118-unit location inside Dan Gilbert’s Book Tower redevelopment on Washington Boulevard. downtown. (A location in Cleveland in Gilbert’s The May building is also planned.)

Earlier this year, Kaila, a lawyer, also purchased a series of properties on Lincoln and Holden streets, across from the Henry Ford Health System campus. He said he was working with John Biggar of Detroit’s architecture and design firm Integrity (Building) Group on that first phase of a possible project, then “then maybe more retail (thinking to a dining room) and residential for phase two “.

Biggar told me this morning that the construction drawings for a first phase “are almost complete and ready to be filed for (building) permits.”

A former pastor of Harrison, Ark. arrested for stealing $ 500,000 from church