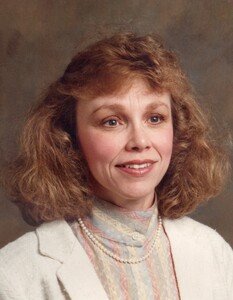 Rhana Lynn Robison True passed away peacefully at her home in Norman, OK on October 16, 2021. She was born in Altus, OK on November 28, 1946, one of five children born to Guy Ward and Velma Juanita Shields Robison. After graduating from Altus High School in 1965, Rhana attended Cameron Junior College for two years and received her BA in French from the University of Oklahoma.

While at the OU, she met and married Charles Wadsack in 1970. She worked full time after graduation to enroll Charles in law school. After graduation, they lived in Newfoundland, Canada. While living there, her daughter Lisa Anne Wadsack was born. Upon leaving the Navy, they moved to Norman where Rhana helped Charlie open his law practice. After twelve years of marriage, they divorced eight days before Lisa’s sudden and unexpected death at the age of six.

Throughout her life, Rhana pursued her love of singing. She has performed classical music in churches, in an opera company and in various community settings. Singing was a big part of his soul, just like Christ. She has managed to merge her two passions as often as possible.

Rhana loved her husband and daughters dearly. Rhana’s kindness, consideration, openness and sweet sense of humor have drawn many others to her. She was loved and respected by many. A car accident in 1999 caused her a lot of pain and loss of activity for the rest of her life.

There will be a public memorial tribute at a later date. Please check the Havenbrook website for a tribute page to leave comments / memories and see details of the memorial as it develops: www.havenbrookfuneralhome.com.

Falmouth Community Supper off the table for this year