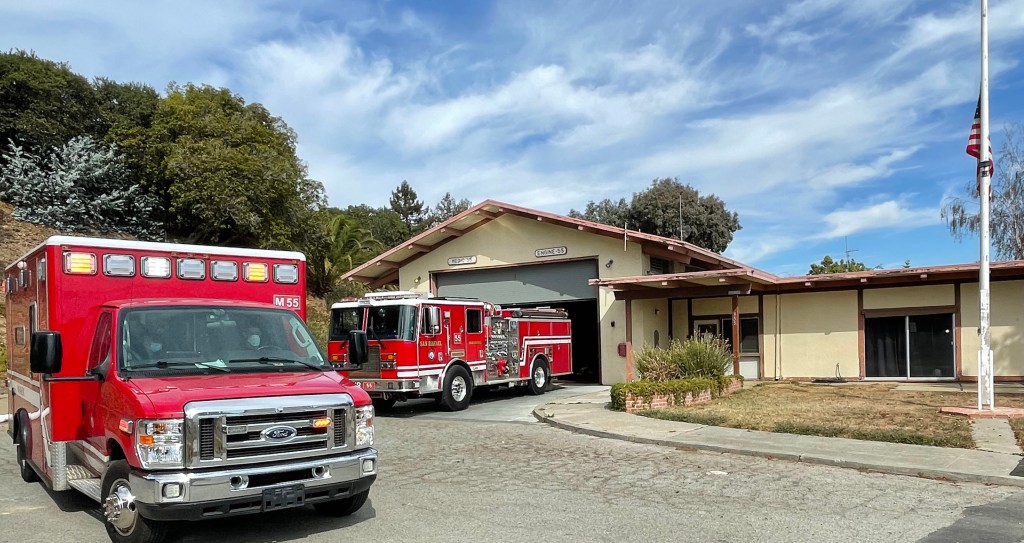 San Rafael officials have taken another step in the multi-million dollar effort to modernize the city’s public safety buildings.

The city council voted to approve the contracts for the reconstruction of stations 54 and 55 of the firefighters of San Rafael. Station 54 is in the canal area and station 55 is in the Peacock Gap area.

The contract went to Wickman Development and Construction Inc., which submitted the lowest of six bids. The contract is for $ 8.9 million with a provision of $ 880,900 for unforeseen expenses.

The city also awarded a $ 280,300 contract to Loving Campos Associates and Architects Inc. for supervision and administration. The same company designed the project.

â€œIt’s a big deal that we’re passionate about,â€ said Mayor Kate Colin. â€œThe San Rafael Fire Department that we already know is the best in Marin County. And we want to have facilities that match the excellence of our staff.

The board voted 4-0 on contracts at its October 18 meeting. City councilor Maika Llorens Gulati was absent.

Construction is scheduled to begin in January and is expected to continue for 10 to 12 months, said Fabiola Guillen, senior project manager.

The project was supposed to start earlier, but construction bids filed in May have yielded disappointing results. The city only received two offers, and the lowest, $ 10.6 million, was too high, Guillen said.

Contractors who have previously expressed interest in the project said the cost and availability of materials – volatile factors due to the COVID-19 pandemic – posed too many unknowns, ultimately making them unwilling to fight for the job, Guillen said.

The project was re-tendered in September.

The effort is part of the city’s $ 73 million essential facilities project to repair and replace key emergency services buildings. It was paid through a portion of sales taxes collected from Measure E, which was approved in 2013. The new contract approvals kick off the second phase of the project.

In April 2019, Station 52 near San Rafael High School was the first of three renovations to be completed as part of the first phase of the project. Station 57 near the Marin County Civic Center was completed in November 2019.

Last year, city firefighters and police moved into the $ 36 million Fifth Avenue and D Street public safety facility, which was completed after about two years of construction.

Station 54 on Castro Avenue requires a seismic upgrade to the steel-framed fixture bay that houses an engine and ladder truck. Single-storey, wood-frame housing needs to be demolished and rebuilt.

The project will add a second story to raise the living quarters above the flood zone. The new space will include an elevator, accessibility improvements, a new gym, kitchen, and a separate sleeping and toilet area for male and female staff.

The wood-frame fixture bay at Station 55 on Point San Pedro Road will undergo a seismic retrofit. Like station 54, the living quarters will be demolished and rebuilt, but in a single-storey structure. The project will also add an on-site emergency generator.

Council approved the project with the addition of a $ 110,000 on-site refueling station. Although not necessary, it was desired by the firefighters.

â€œIt will be good to have all of our fire stations up to standard and modernized for every type of firefighter we have,â€ said city councilor Rachel Kertz.

â€œThis once again demonstrates the commitment to bringing the San Rafael Fire Department and Public Safety into the 21st century with facilities that ensure we live up to our commitment to providing the highest caliber and quality of service possible, â€said San Rafael fire chief Darin. White. â€œThe award-winning fire stations and public safety center are a direct reflection of the progressive, innovative and thoughtful approach our community will benefit from for decades to come. “