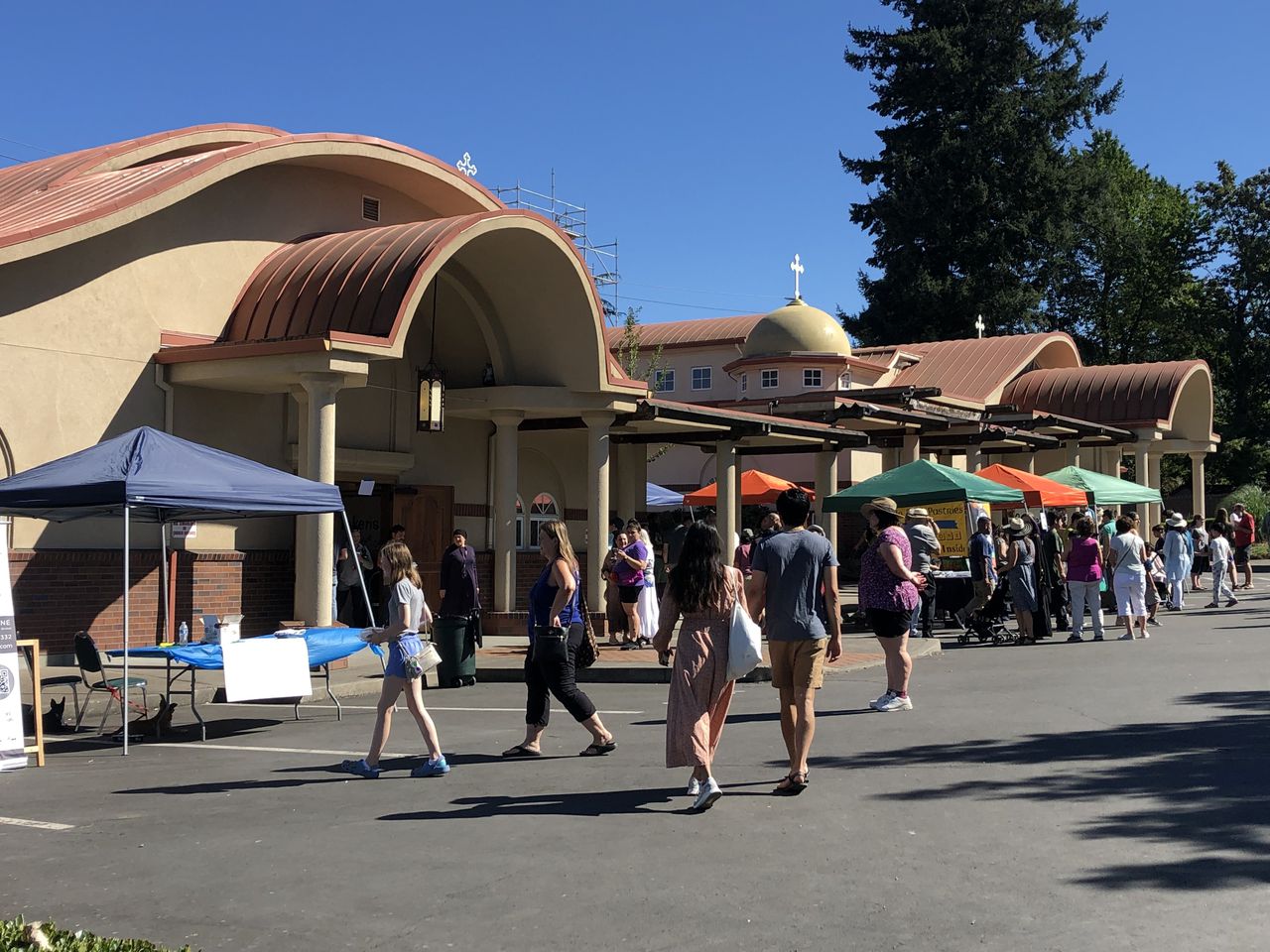 For nearly half a century, St. George’s Antiochian Orthodox Church has celebrated the myriad cultures of the Middle East that represent its congregation. At the height of the pandemic, the church kept the festival alive by turning it into a drive-in celebration, but it returned in person on Sunday for its 43rd year.

People flocked to the church courtyard, where there were a dozen vendors and children’s play stalls. Smoke from the grills perfumed the air as conversation, laughter and music filled the space.

The festival celebrates the Middle Eastern roots of the Orthodox Christian denomination, according to Deacon Steven Bambakidis.

“It’s the first in two years that we’ve been able to do it again in person,” Bambakidis said. “So that’s a big deal.”

The parishioners of the church come from Syria, Lebanon and elsewhere in the Middle East. “This church community is primarily a community of many immigrants, and so we are here to celebrate Middle Eastern cuisine, culture, our faith, our religion,” he added.

Heam Isse moved to Portland from Syria in 1977 and practiced his faith in St. George for over 30 years. She, along with Alexandra Obeid, ran the table which quickly sold out in spinach pies and kibbee, a cross between a meatball and a croquette.

“We had a church in Holgate when I moved here in 1976,” Obeid said. “It was a smaller community, then it grew and got so big that we had to move here 21 years ago.”

Isse said the church grew as many people in the area converted to Orthodox Christianity. She said St. George initially had mostly Syrians, but now nearly half of the parishioners come from other countries.