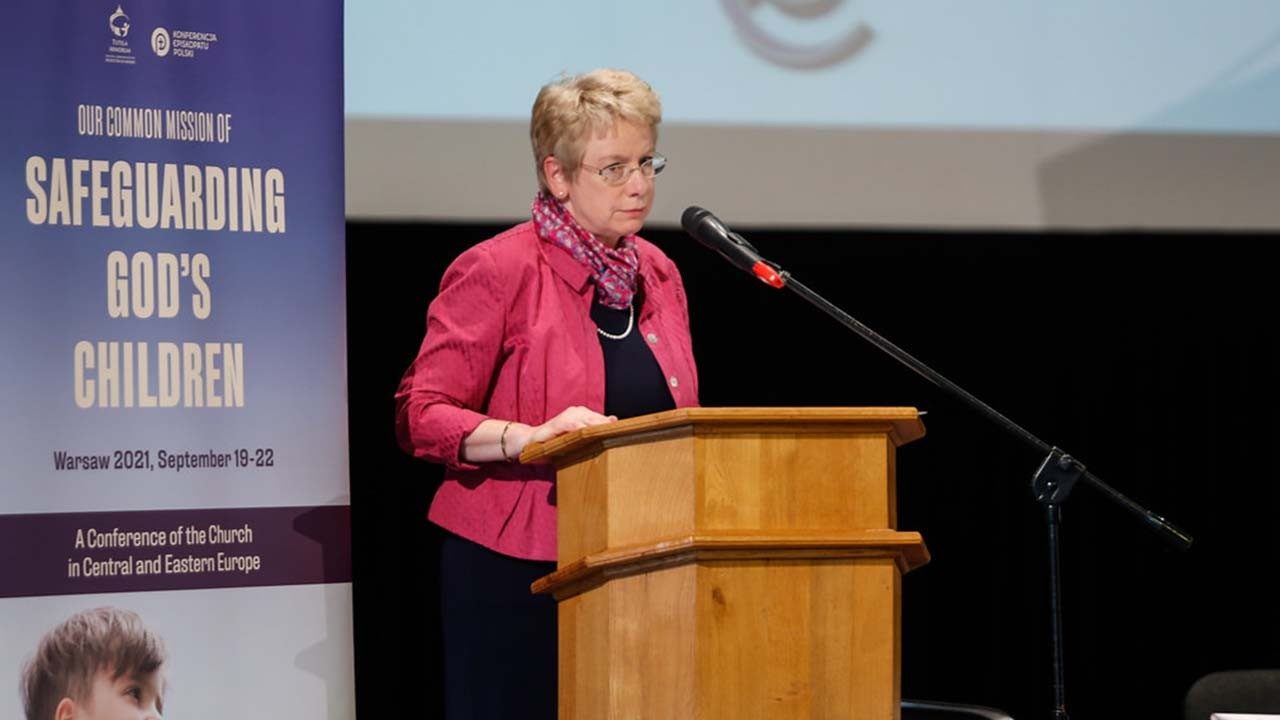 Teacher. Wijlens: Church learns to listen to survivors of abuse

As a safeguarding conference concludes in the Polish capital of Warsaw, Professor Myriam Wijlens expresses hope that the Church will learn to listen to survivors of clerical sexual abuse, but says the next step is to do justice.

The Warsaw conference concluded its work on Wednesday, with Church leaders from Central and Eastern Europe returning to their dioceses to continue their efforts to end sexual abuse by members of the clergy.

Placed under the theme â€œOur common mission to safeguard the children of Godâ€, the conference was organized by the Pontifical Commission for the Protection of Minors (PCPM).

PCPM member Professor Myriam Wijlens spoke to Johana Bronkova of Vatican News about how the Church is making progress in the fight against the scourge of sexual abuse.

The Netherlands-born theologian, who teaches canon law at the University of Erfurt in Germany, said the Warsaw conference showed that “the Church has learned to listen and is increasingly learning to listen better. “.

Prof Wijlens said bishops and the wider church community are increasingly realizing that survivors of clerical sexual abuse must be heard.

“The next step, however,” she added, “will be to administer justice.”

The administration of justice, said Prof Wijlens, is a challenge, as it requires specific training on the part of canonical lawyers and those who investigate cases of abuse.

â€œYou have to learn to put the data and the evidence together, and ask the right questions. We are not trained to do this, â€she noted, asserting that neither she, as a canonist, nor priests and laity have received proper training to assist in the administration of the Church. justice.

Professor Wijlens also spoke about what she perceives as a fear among bishops to expose clear consequences for offenders, which has consequences since sexual abuse is above all a â€œbreach of trustâ€.

â€œIf the bishops do not rise up and ensure that justice is done, the community as such cannot trust the judgment of the bishop, which affects the whole community. “

Prof Wijlens said she had been involved in prosecuting abuse cases since 1987, saying her experience had shown her that the Church was “on track” on the issue.

She now lives in what was once East Germany and admitted that she had to learn very quickly how things worked when the area was under Communist rule.

“There would have been the risk of false allegations [of sexual misconduct], which would have put the priest in question, â€she declared. “But it was also possible that if the priests engaged in [sexual abuse] they would have been taken by the Stasi (East German secret police) – institutions that existed in Eastern Europe – and were then forced to cooperate with them. So, in a way, there was a double system.

At the same time, Professor Wijlens warned, Church leaders should not fall into the opposite trap and simply dismiss the claims as false. “It requires a very careful analysis of what is being put forward,” she added. â€œIt’s a painful process.

Listen to the full interview

Asked about her reflections on the challenges the Church faces in relation to clergy sexual abuse, Prof. Wijlens mentioned both the particular difficulties of rebuilding trust in Central and Eastern Europe and the universal aspect of clergy. review of Church procedures for abuse cases.

â€œThe bishops have a very complicated role: they have to examine the allegations and inform people about them,â€ she said, adding that transparency is important for the religious community.

At a more general level, the Church faces the task of revising canonical standards for cases of sexual abuse, while balancing confidentiality and transparency.

â€œThe Pontifical Commission for the Protection of Minors has this on its agenda, is very aware of it, and will hopefully deal with this issue in the months to come,â€ concluded Professor Wijlens. â€œAt the same time, revising laws and procedures is a long and complicated process, so we are taking action there, but that does not mean that we will get results in a short period of time. “