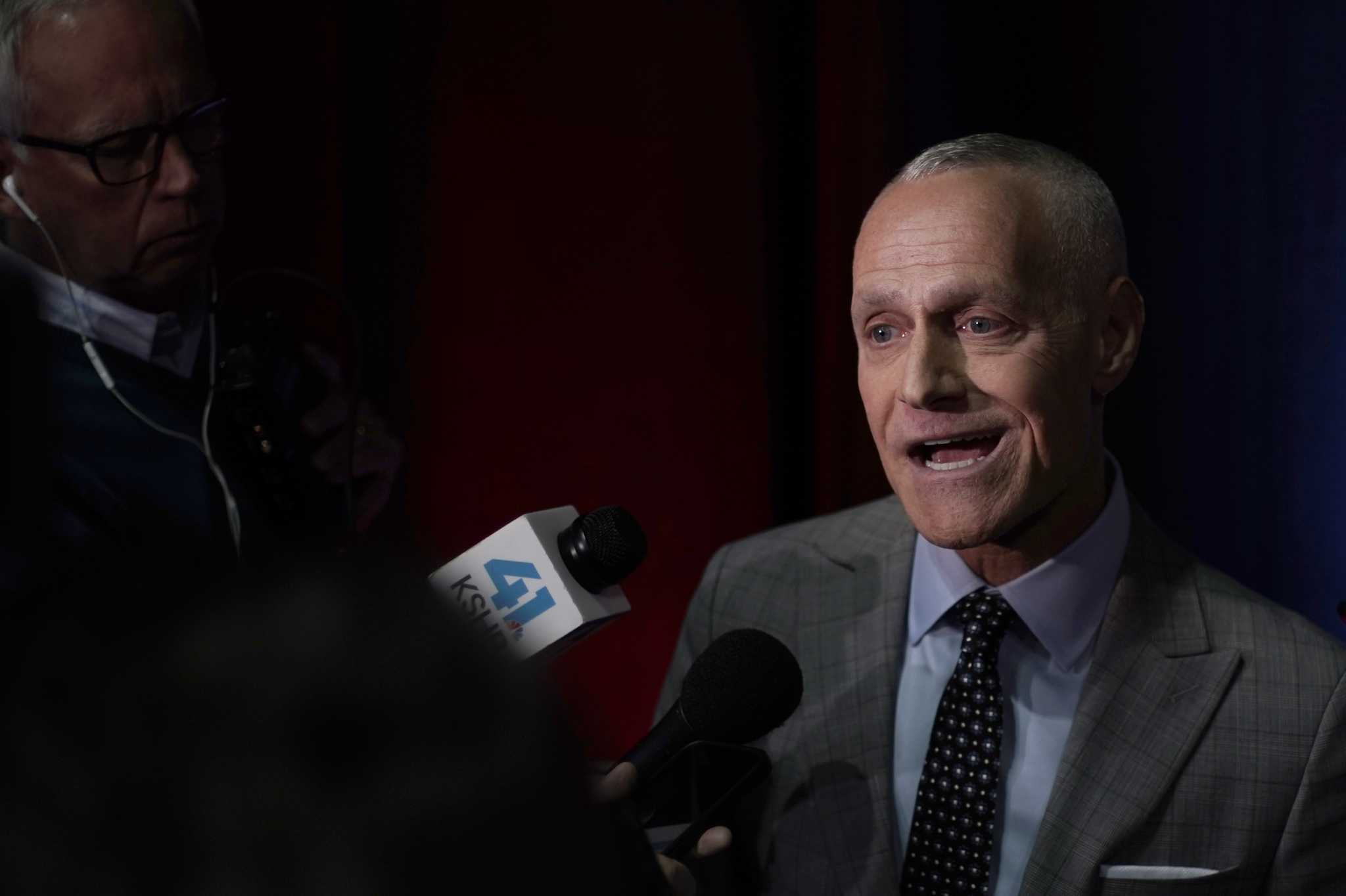 KANSAS CITY, Mo. (AP) – The Big 12 will operate without divisions in football next season, when the arrival of Central Florida, Cincinnati, BYU and Houston will create a 14-team conference and end its current programming framework. round.

Commissioner Brett Yormark held a call with Big 12 schools on Tuesday to announce the plan. Each school will play nine conference games, as it has since becoming a 10-team league, and the schools will play each other at least once every two years. Traditional rivalries, or at least those left over from realignments, will be preserved.

“Excited about what it will look like,” Yormark said during the Big 12 women’s basketball media day at the T-Mobile Center in Kansas City. “When it comes to geography, you know, from a student-athlete and travel perspective, all of those principles are part of the decision-making, but we’re going to end up in a great place.”

From its formation in 1996 until the departure of Nebraska and Colorado in 2010, the league’s teams were split into two divisions of six teams, with eight conference games each year and the division winners meeting in the game for the title of champion.

The divisional format was scrapped when the Huskers left for the Big Ten and the Buffaloes for the Pac-12, and everyone played each other in a round-robin format. This continued with the arrival of West Virginia and TCU and the departure of Texas A&M and Missouri for the Southeastern Conference in 2012.

The conference championship game resumed in 2017 with the top two regular season teams.

As for basketball, Yormark said, the 14-team conference would continue with an 18-game schedule, but it would no longer be the double round-robin system where schools play each other at home and away. outside every season.

Oklahoma and Texas, which are tied to the Big 12 until July 2025, are reportedly discussing ways to join the SEC sooner. But Yormark said the league’s relationship with both schools remains positive and both have expressed their commitment to the conference. Each is already on the hook for $80 million in exit fees when they leave, and any deal to leave early would skyrocket that number.

“My conversations with Oklahoma and Texas were always about, you know, being great members until they left, which was 25,” said Yormark, who has already visited once and plans to visit them again before the end of the football season. “And the experience has been very positive so far.”

Yormark, who was hired in June to replace retired Bob Bowlsby, has been busy as the league tries to cement its place in the college athletics landscape. He said the Big 12 was “open for business” when it came to attracting other teams, which the Pac-12 took as an affront, and he doubled down on that statement on Tuesday.

“We are open for business in all respects, expansion being one of them,” he said. “If there’s an opportunity for something to come along that’s really additive and creates value, expands your geographic footprint, potentially puts us in a fourth time zone, why not? But everything must be focused on creating value.

Yormark has also been busy discussing with television partners ESPN and Fox the possibility of a new media rights deal nearly two years before the current contract expires. The exclusive trading window does not open until February 2024, with current contracts set to expire in June.

Pac-12 commissioner George Kliavkoff says the fact that he’s next in line for a media rights deal after the Big Ten announced its $7 billion contract with three networks is up. an advantage his league had over the Big 12.

“The economy matters,” Yormark said, “but I want a real partnership, and we have a great partnership with both of them. But everyone needs to step up their game – more marketing, more promotion, more support to our student-athletes in all the right ways. More storytelling. The economy matters, though. But it’s those benefits that, you know, make a deal or don’t make a deal. But we’re getting to a pretty good place. And again, if we don’t make a deal now, that’s okay.”

Yormark said the loss of Oklahoma and Texas, two of college sports’ premium brands, would not diminish the value of the upcoming media rights deal. In fact, he said, “We’re going up. The question is: ‘How far?’”