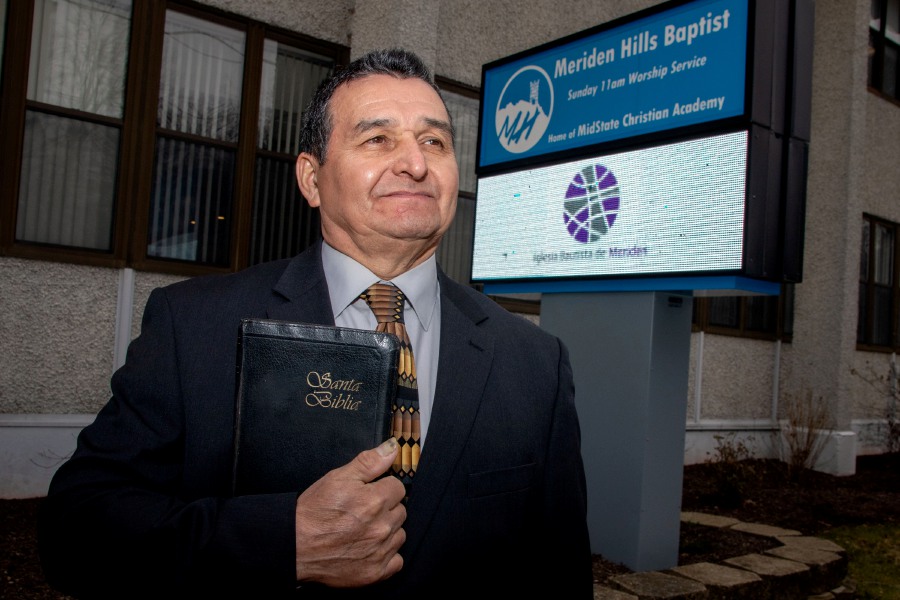 The church serves the Hispanic community of Meriden

Pastor Rufino Lara, from Meriden, said Iglesia Bautista de Meriden is a Spanish ministry started in 2009. Lara said he started the ministry because he and his wife were called to spread the message of the Gospel to the Hispanic community of Meriden. The church is located at 139 Charles Street in a building belonging to the Meriden Hills Baptist Church. The two churches were associated, but in 2020 Iglesia Bautista de Meriden became an independent entity.

The church offers one service per week in Spanish on Sundays from 2-3:15 p.m. If an English speaker is serving, Lara says they can find someone to translate. The church welcomes about thirty people each week. There were more members, but many stopped attending due to the pandemic.

Lara was born in Honduras. After many years leading churches in his home country and in North Carolina, he moved to Connecticut in 2003. He was a member of a Baptist church in Wallingford until 2008.

Lara and his wife have always served the church, but also work full time outside the church. He currently works as a carpenter.

“Our daily support does not depend on church offerings, it depends on a job that I do every week,” he said.

“The congregation is beautiful, the people who go there are very friendly, very happy,” he said. “It’s not an extended group, which also has advantages.”

He said church members support each other and Lara checks in with members in the middle of the week. He believes that one of the reasons the church community is so united is that they all speak the same language and immigrants face some of the same challenges.

The church sets aside a portion of the offerings each week for a new building and uses the rest to pay rent for the current building.