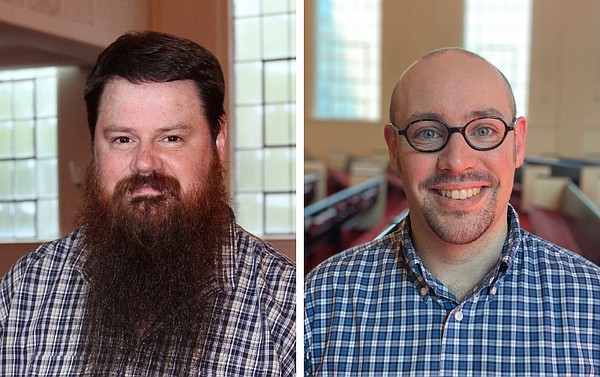 The role of the new pastor in helping the community

Members of Pulaski Heights Baptist Church in Little Rock want their campus to be a vibrant and dynamic center of activity, and they have hired a community engagement pastor to help make that happen.

Justin Bronson Barringer, who has held similar positions in Lexington, Ky., and Dallas, will also serve as the congregation’s theologian-in-residence.

Thanks to the work of previous generations, Pulaski Heights Baptist, located on a busy street in a popular neighborhood, is not cramped.

What he lacks are people. At its height, hundreds of people came to the 800-seat shrine every Sunday. Today, the average attendance is down to 50 or 60.

“We have tens of thousands of square feet that are empty right now and we want to fill them with small businesses, nonprofits, artists, academics [and] make it a place where people can come and meet a variety of needs,” Barringer, 38, said.

It’s an approach that will draw people in and give Pulaski Heights Baptist a boost throughout the week, Barringer believes.

“Eventually, church will be held here seven days a week,” he predicted.

Outside, it holds a Saturday market along Kavanaugh Boulevard. Inside, it has what it calls “resident partners”, including Arkansas Women’s Outreach, Cooking in Bloom (cooking classes for children) and Momandpop, described as a “children’s music and theater company”.

Barringer, who hopes to increase the number of partnerships, has ministry experience in a variety of settings.

His missionary work took him to China, Ukraine, Mexico, Honduras and the Dominican Republic.

In Dallas, he served as Director of Neighborhood Initiatives and Social Outreach at Owenwood Farm and Neighborhood Space, the outreach campus of White Rock United Methodist Church.

Among other things, he and his wife, Rachel, started Diapers, Etc. : a diaper and hygiene pantry that has provided nearly one million diapers to needy families in North Texas.

At Embrace United Methodist Church in Lexington, he helped the congregation address homelessness and poverty during his tenure as outreach pastor.

As a doctoral candidate at Southern Methodist University, Barringer’s area of ​​interest was religious ethics. His thesis was entitled “Protest and politics: a biographical theology of Bayard Rustin, friendship, charity and economic justice”.

In 2012 he co-edited a book on Christian nonviolence called “A Faith Not Worth Fighting For”. He is also co-editor of “The Business of War: Theological and Ethical Reflections on the Military-Industrial Complex”, which was published in 2020.

Pulaski Heights Baptist pastor Matthew J. Dodrill said he read one of Barringer’s books when he was a student at Duke University Divinity School and then met him at a visit Wilshire Baptist Church in Dallas.

“I looked at the fact that our congregation has been – like many congregations in America – in kind of a steady, slow decline, and I thought, ‘If I could just get Justin here to be my co-pastor , that would be wonderful. I thought it was a pipe dream. I didn’t think it would ever happen, because Justin is a very good theologian, and I expected him to continue teaching at Princeton Theological Seminary or somewhere like that,” Dodrill said.

However, the Ivy League won’t get Barringer just yet.

Instead of lecturing on the East Coast, he will focus on Arkansas.

“If I understand my vocation correctly, it is to bring together the resources of the church, the academy and the street,” he said. “It was the only job that came before me that allowed me to do those three things.”

Once installed, he will also begin preaching periodically from the Pulaski Heights Baptist pulpit.

And in the spring, he will teach a course on religion and violence at Hendrix College, he said.

In the meantime, he has started a class for incarcerated students at Ashland University. The subject: The ethics of taking human life.

Many of these students have witnessed, perpetrated or experienced acts of violence, he noted.

“We deal with very difficult subjects, but [it’s] an interesting course that always brings me a lot,” he says. “I work with people, as I said, for whom it’s not at all theoretical, for whom it’s part of their reality.